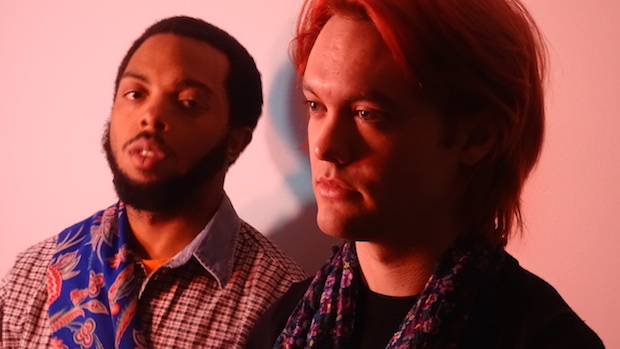 Earlier this year, Moniker released the Private Prophet EP via Good Eye Records. The five-song short player showcased a moodier side to the project helmed by Jordan Scott as searing post-punk takes hold on “Tidal Wave” while a Nick Cave-esque, bleary-eyed romanticism pervades on “Kicking and Screaming.”

Now, Impose is happy to be sharing an exclusive track by track breakdown of the EP as written by Scott in his own words. Check it out while streaming Private Prophet below and keep up with Moniker here for more.

“Tidal Wave” is like an argument with an older, meaner person who you’re worried you resemble more than you’d like to believe. Although I don’t think it sounds like an Oasis or a Smashing Pumpkins song, from what I’ve seen Noel Gallagher and Billy Corgan seem like generally unpleasant people who maybe fit that description in some ways: so, I took a production technique I associate with both of them and stacked a ton of guitar tracks on top of each other to create a big wall of guitar, so to speak.

This started as a riff and melody that our old guitarist brought in: I added the drumbeat and wrote the lyrics, which took a Macbeth line about our impermanence as a starting point for a fear of collective annihilation. You can also dance to it!

This song started as an instrumental, with a wordless mumble over it. When I started to write lyrics, it became a song about coming to the end of your life and getting a second wind from it, either from joy or from fear.

A Mess at Best

This song was written when basic, previously unthought-about things in the world suddenly became too difficult to navigate, and the passage of time became more frustrating and viscerally felt. Because of that I wanted to simplify things and make this my Dumb Song, where the music is as simple as possible/the riff is as stripped down as I could make it. Sometimes it’s better when you don’t think about it.

Turn Out the Lights

Every part of the song—from the beat to the chord changes—is derived from the guitar riff, and the lyrics reflected that in their obsession with some unnameable “It” force that’s coming to get you. This song could alternately be titled “Panic! attack at the function”