Who wants to win 75 new releases at once? 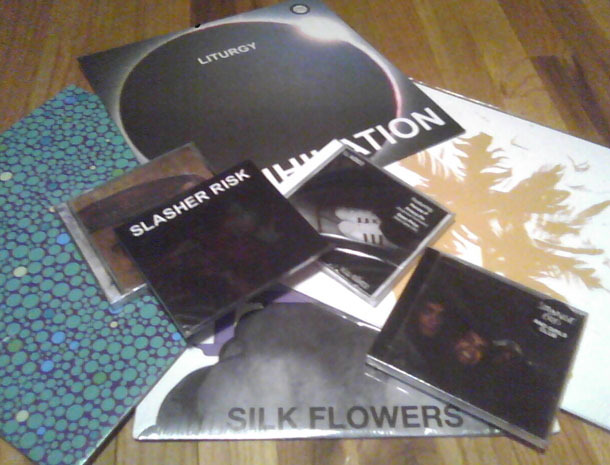 Ah, online contests. That most crass form of carrot and stick bribery that keeps you, the reader cloying at our website, not for what content we have to offer, but for what merch we're handing out gratis. Which is why we are doing a stupid-big give away. This retardedly huge hand out amounts to something in the ballpark of 75 pieces of vinyl, cassette, and CD, from the 75 artists represented in our Best of 2009 and Best of 2010 lists, to one person.

Honestly, we're pretty annoyed that someone gets to keep this lovely package who isn't us, but we figured it was part of our job description to overwhelm at least someone with new music. It's one thing for us to write about why you should love these artists, it's another to knock on your door and dump a huge boxful of why in your lap.

Simple, just re-tweet this (http://twitter.com/IMPOSE/status/7508150055) and include @impose. This way we'll see it and put your name in one of those bingo cages.*

* We will only accept one entry per Twitter address. We're not simpletons: we will spot your fake accounts made solely for this contest. The contest will run until 11:59pm on Sunday, Jan 31, 2010. One winner will be randomly chosen by 12pm noon on February 1, 2010 and announced on this page on Wednesday, February 3, 2010.

The winner will receive as much music as we can collect from the artists represented on our best of lists. As of posting this, we have 50-something confirmations and we will keep a running tally below (and updating the photo above) of the releases included in the dumbly gigantic package someone will get in the mail. So check out what you'll win, and good luck, ya lucky jerk!

Confirmed artists in the giveaway, with album and format if known: