Katie Eastburn sits poised at the front of the boxy, white-walled and checkered-tiled space known as Death by Audio. Her fingers flutter across the keys of the electric piano in front of her, coaxing out a sparse, droning minor chord murmur. Her left foot operates a kick drum, tethering her melodies to a syncopated rhythm, while her right foot nudges a tambourine in time. Her motions seem careful, measured, graceful; they're a good match for her voice. Now, I enjoy the untrained vocal yelp inhabiting so many noisier bands as much as (well, probably more than, in fact), the next guy, but I forget how good how good a precise, well-controlled voice can sound. Eastburn's words, clear and melancholic, float over her gently moving melodies and rhythms. I assumed her voice to have been the result of that relative rarity in Brooklyn bands, actual training, but her most formal practice turns out to have been only church choir, years ago. Even so, Eastburn possesses a voice of uncommon emotion and elegance, forming the centerpiece of her concise, captivating songs. With her band, the Young People, seemingly on hiatus on account of band member diaspora, Eastburn has been recently focusing on her solo material. Adapting songs from Blake poems and old American cinema (“My Forgotten Man” from the Gold Diggers of 1933, a dance number originally choreographed by Busby Berkeley), Eastburn's performances are literate and difficult to place to any specific era.

Headliners Tall Firs followed with a set of tired, creaky country rock. I've got to admit that I find a certain sort of Brooklyn-based band playing rustic, country-and-bluegrass-influenced music to sound rather forced. But then I also find any modern usage of the word “hootenanny” (often in description of said bands) to be rather forced, so perhaps I'm not the best person to ask. In any event, Tall Firs decisively do not suffer from any such condition. After a full 17 years in the business, their songs are understated and unaffected, often sounding, as they gradually build, like a folkier variant of Low. On tracks like closing epic “Dark Star”, however, Tall Firs show that they can crescendo dramatically when needed, guitars mounting into a noisy clamor and drums which had previously seemed to drag their heels suddenly breaking free to fuel new forward momentum.

The original opener was to have been the similarly unassuming twangy folk of TK Webb, but he seems to have been unable to make it; instead, there was a surprise dance performance. Sarah (whose last name I didn't actually catch) reflected upon turning thirty through motion and monologue, illustrating shelved early career aspirations like gymnastics and “Vanna White” with precise steps. Afterwards, I spoke to the dancer, who knew Katie from her L.A. days and was visiting for the weekend. She had been concerned about how an audience seeking music might take the interruption, but they'd actually accepted it without comment, sitting on the tiles and watching intently as if dancers materialized to open shows all the time. Of course, sometimes they do: a memorable Deerhoof show at Bowery last year was opened by Leg and Pants Dans Theatre, a troupe which actually includes Eastburn herself. Surely, we agreed, such audience cross-pollination between the arts could not be a bad thing. 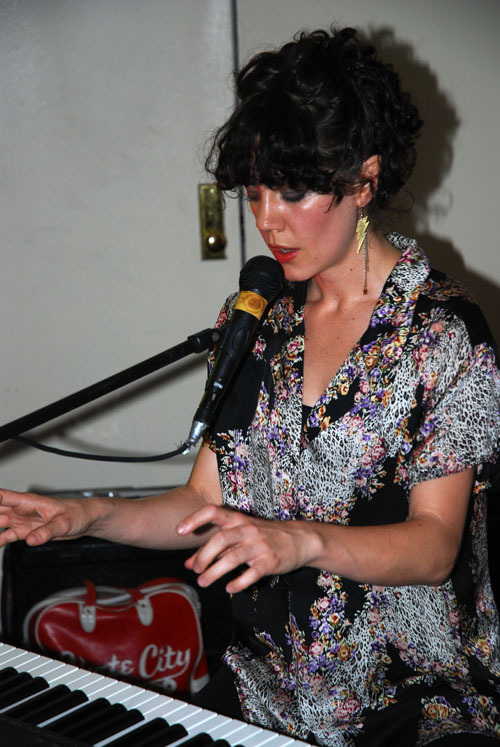 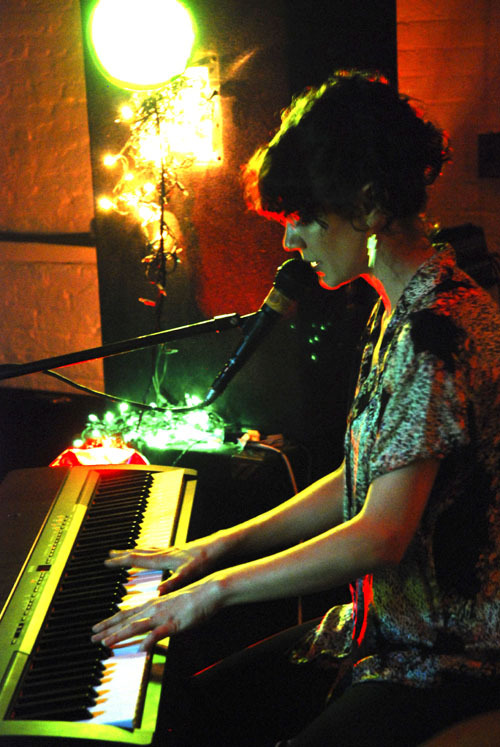 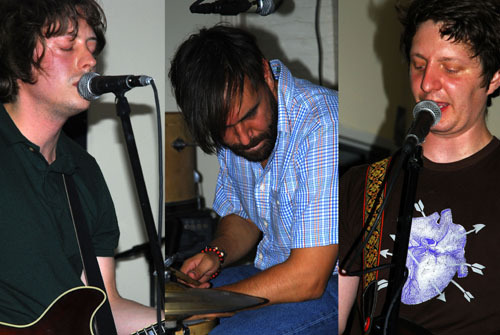 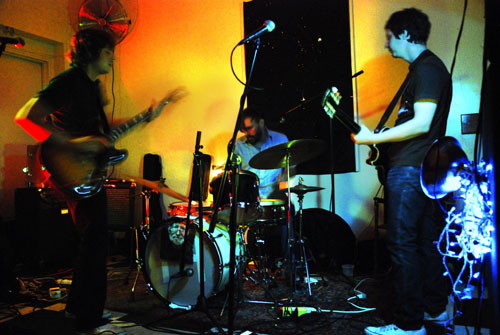 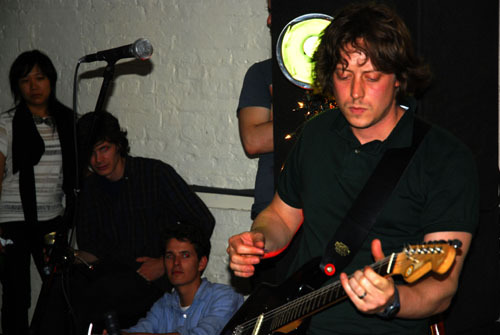 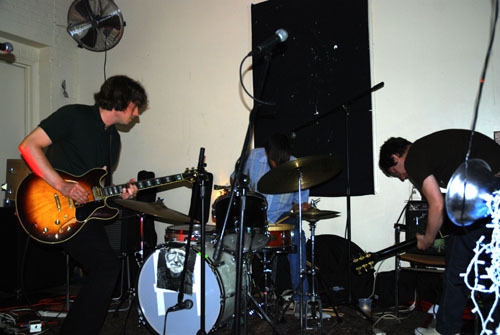 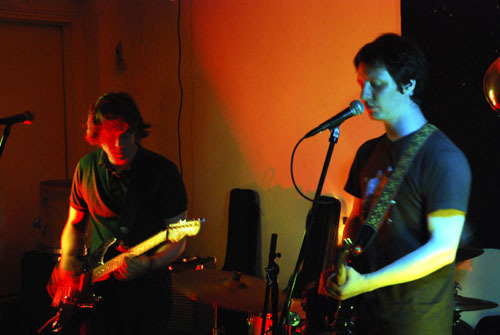 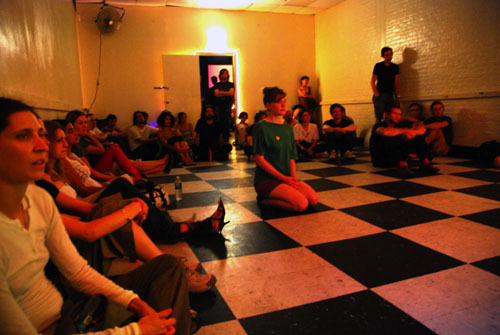