Practically in the shadow of the new condo towers just up the East River, Kent Ave south of Grand is a pocket of an older Williamsburg.

In a single block, three old-style lofts and DIY music spaces: Death by Audio, Glasslands, and West Nile. Across the street, the sprawling complexes of the old Domino Sugar Refinery, still-undeveloped. North along Kent, Radiac, a still-opperating radioactive waste storage facility goes unremarked by most who pass, to the south, Rocky’s Rock Star Bar, ever-empty, displays a huge mermaid statue and artificial cave. Few places could seem further from, say, the gloss and BMWs of the new, vaguely Chucky Cheese’s-like Brooklyn Bowl.

In the middle of all this, the aforementioned West Nile — or Paris London West Nile, or the Shinkoyo collective — where shrieking noise and virtuosic jazz phrases share space with the kitchen of the lived-in loft space. Several times a month the spot hosts an eclectic mix of forward-thinking musicians (the perhaps more aggressive side of a loose, wide-ranging alliance also hosted by spots like the Stone and Zebulon). Admission is free, or by donation. Sound may be embellished by the muffled roar of bands in Glasslands next door. Drinks are BYOB, and seating largely on the steps or floor.

Last Wednesday, a typical trio of atypical bands, balancing jazz-trained virtuosity with viscous visceral noise textures. Super Seaweed Sex Scandal, a new addition to these ranks as of this fall, immediately showed a recognition and facility with the vernacular: like Little Women, they were fronted by a pair of saxophones and showed a similar knack for bolting from clear, coordinated melodies into aggressively free-blasted atonality. Period followed (in current quartet format with Mike Pride, Chuck Bettis, Charlie Looker, and Little Women’s own alarum-skronker Darius Jones), but I continued a regrettable trend by stepping out for food with a friend just then, unaware until after that they were even on the bill.

Finally, the act that had brought me there: the duo of composer Mario Diaz de Leon (with a new album on John Zorns Tzadik imprint) and West Nile founder Doron Sadja. In contrast to Diaz’s highly composed record, which features Diaz’s warped digital feedback textures against the clear finesse of members of the International Contemporary Ensemble, here he took up a guitar to build roaring seething gusts of black wind across Sadja’s broken percussion (chains rattled over a drum kit, nervous electronic tics). And the whole accompanied by Hilary

Practically in the shadow of the new condo towers just up the East River, Kent Ave south of Grand is a pocket of an older Williamsburg. 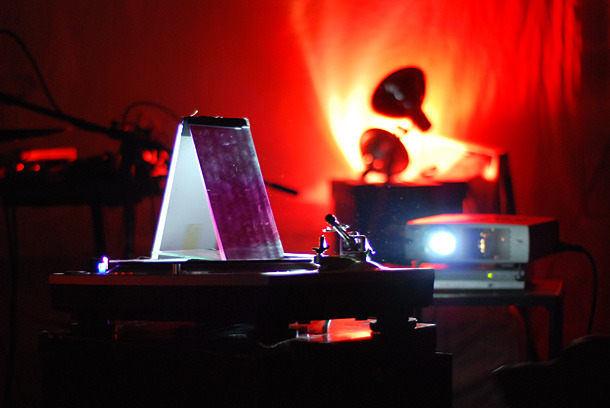 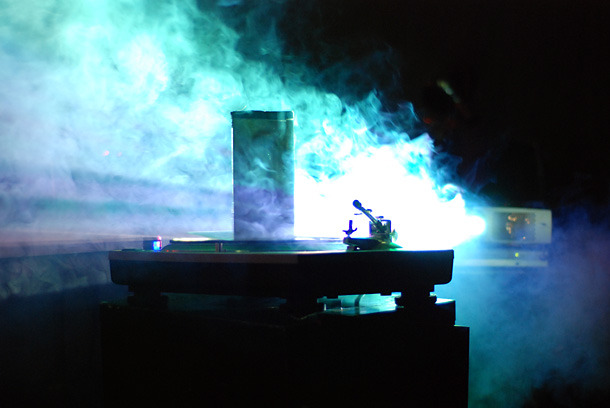 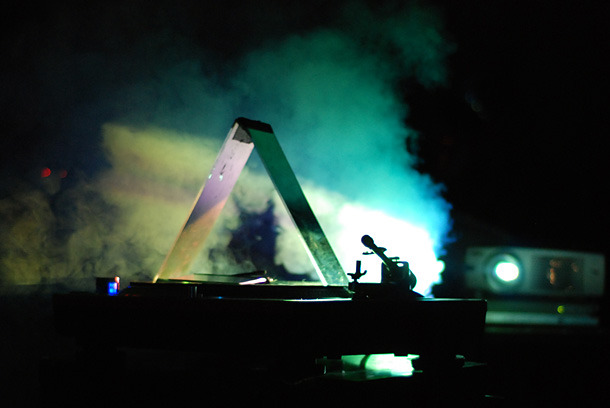 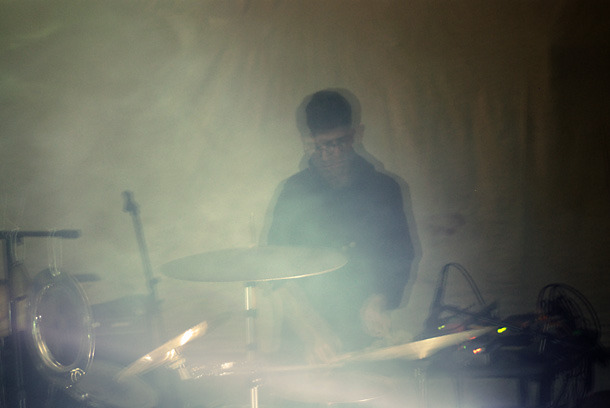 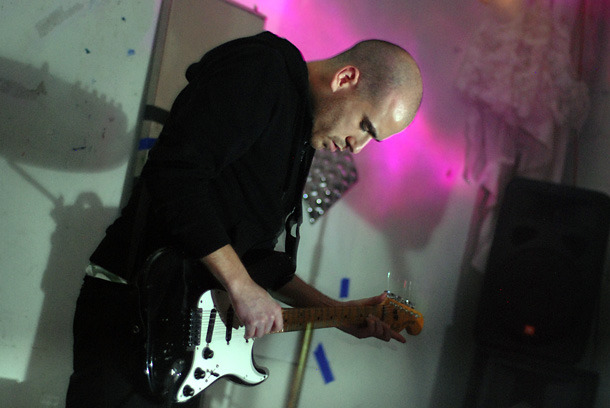 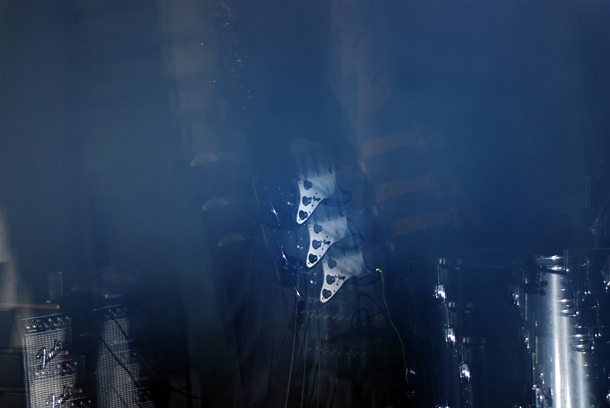 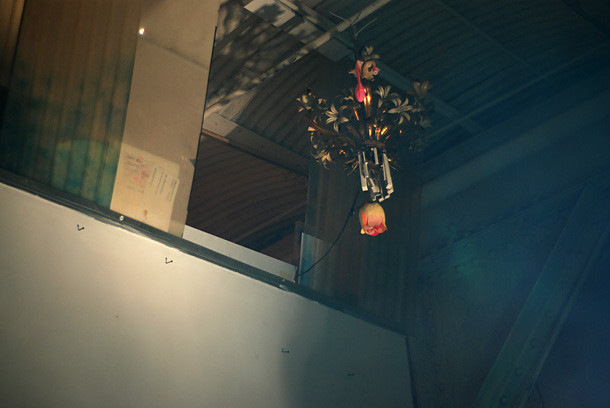 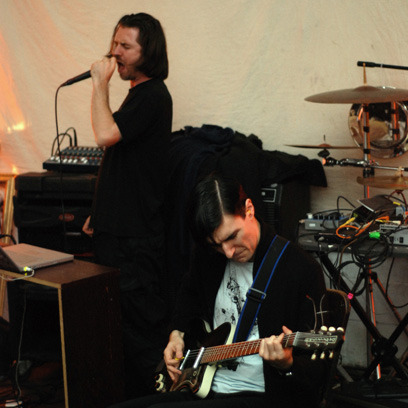 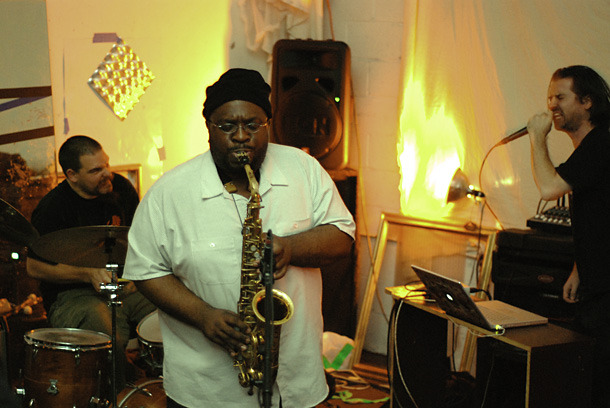 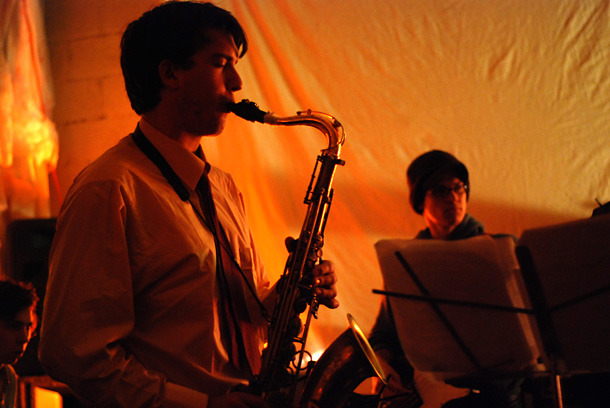 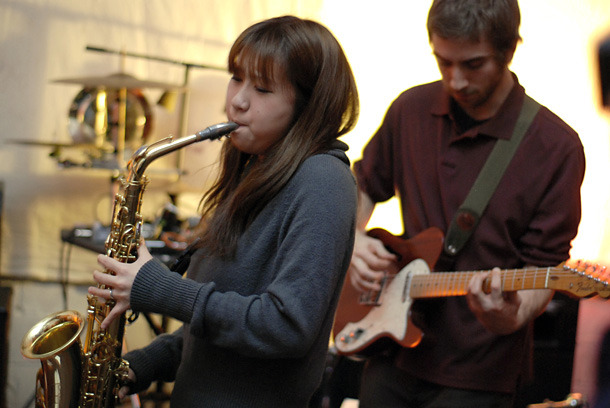 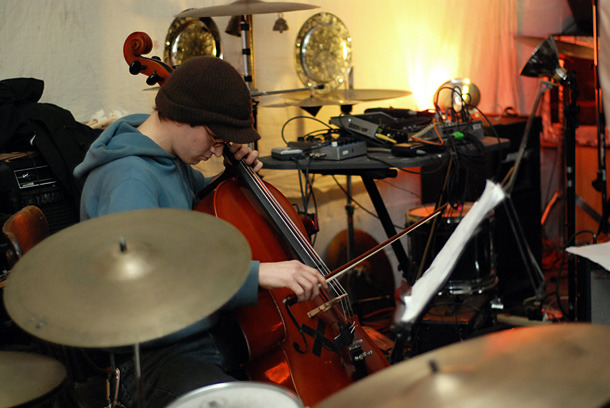 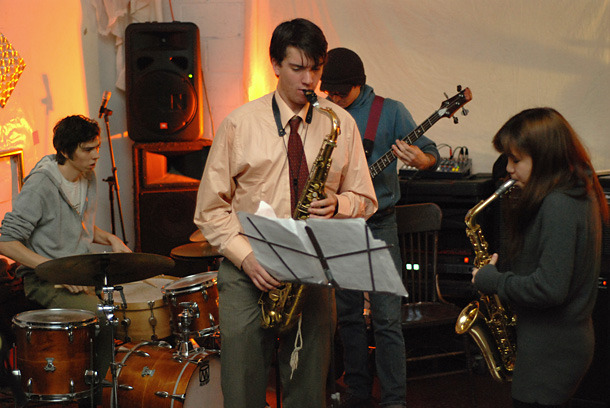 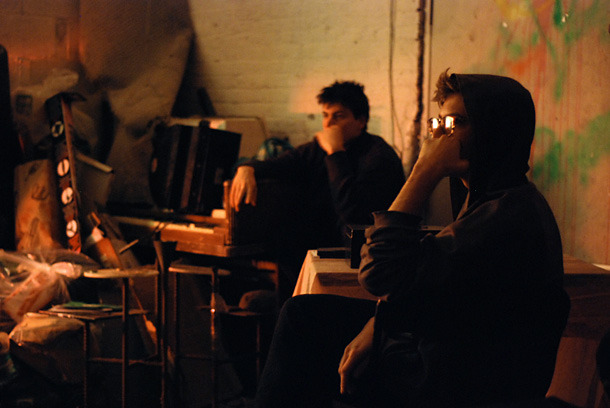 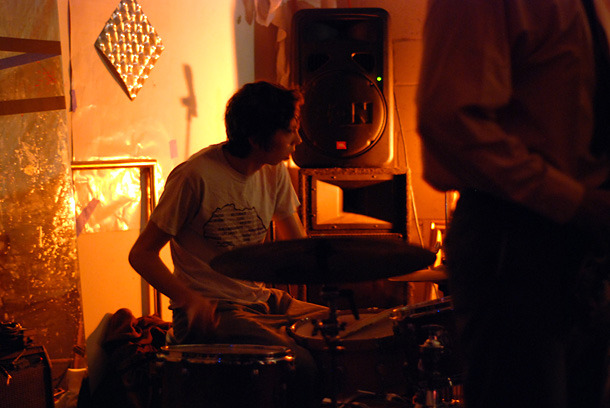 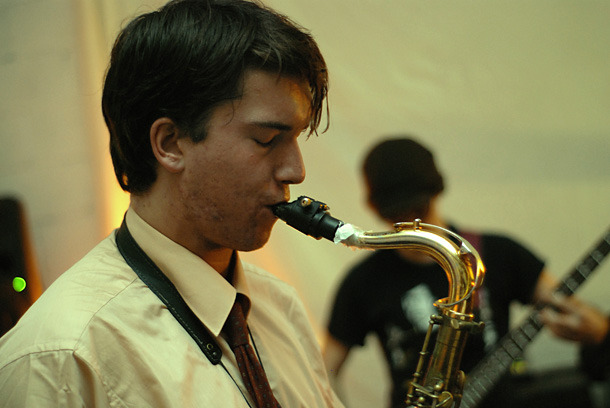 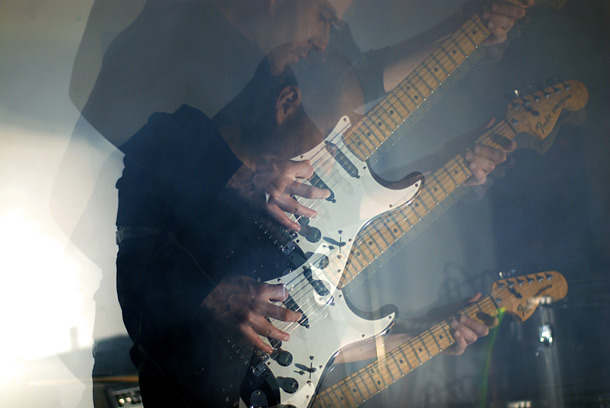