In which we investigate a popstress commissioned by FischerSpooner’s drummer to write an (orange-scented!) Off Broadway musical. With Telethon Veginald Cheeseburger and the Ocean Floor.

It’s difficult to know where to start with Natalie Weiss. Her experimental pop project Unicornicopia is radiant with a rare and far-reaching vision and charisma. But it is also a somewhat overwhelming mix of peculiarities and contradictions. The same convictions powering the former also make the latter impossible to ignore. Not that you’d want to, necessarily. The other aspect you can’t ignore is that she’s got talent for this, whatever it is.

The best way to explain may be to just dive in with an example. Weiss is currently hard at work on what will be her fourth full-length musical, Camp Wanatachi. The central storyline? Two 13-year-old girls fall in love at Christian Summer Camp. And it’s largely autobiographical. And she’s collaborating on the music with experimental hip-hop producer Machine Drum, formerly of Merck records. And she can handle a synthesizer very well in her own right. Also potentially of note: Weiss grew up in Orlando, practically in the shadow of Disneyland. The opening lyrics of the 6-minute epic “Let’s Ride Bareback”, from Camp Wanatachi:

Live, Weiss stands alone on stage, beaming, wearing white trash bags against a backdrop of more black track bags and woven yarn (her costumes designed by an artist who goes by “riderhood”), and projects these words over a rich slow swirl of electronic tones and creeping orchestration teased from a bank of synthesizers and electronic devices. Amid the lush melodies Weiss’ well-trained voice (when not under heavy Dan Deacon-style processing) is animated and versatile, darting through the words with a theatrical flair that belies her theater experience. It’s an electrifying song, and this from someone (me) for whom the keywords “Christian” and “musical theater” set off all kinds of Godspell-related warning bells. In Weiss’ hands, the bells seem to sound great. And so much more interesting.

Admittedly, the sort of dramatics infusing Weiss’ delivery throughout the set (and debut album Grace You’re a Dear) aren’t exactly unheard of in Brooklyn’s experimental pop. Amy Kohn’s voice and elaborate semi-classical orchestrations capture a similar quality, and there are even hints of it in the vocal interplay of Flying. But Weiss is the only I know of who has staged full productions (Japanther puppet show notwithstanding), and the next one should be by far the largest and most visible: it’s going to get proper Off Broadway production by Ian Pai, Blue Man Group co-founder and Fischerspooner drummer.

When I saw her, Unicornicopia was opening for none other than DIY pop genius Senator R. Stevie Moore, who was sounding a little too willing to coast on easy soft-rock licks, but still able to handle a hook as well as anyone. And opening for both, Weiss’ old Orlando friends and first musical cast: assembler of trippy 8-bit-seasoned synth-noise-pop Tele V. Cheeseburger and crisp, precise acoustic yarn-spinner

“If the album had an accompanying perfume, the scent of it might be that of lilies, red clay and a young woman’s discharge. I plan to use different smells during the course of the play and have been talking with several engineers who work on the 4-D shows at Disney about the scent technology that they utilize. If you ever get a chance to go on the hand gliding simulation ride at Epcot Center you will be blown away. You encounter these subtle scents that are so realistic – you’re gliding over a forest, you smell pine. Now you’re over a citrus grove and you smell oranges – with no trace of the pine scent lingering in the air. Incredible. I wonder how expensive that will be…”

See? Breadth of vision (uh, olfaction) surpassing John Waters’ Odorama, and Disney. It all ties in. 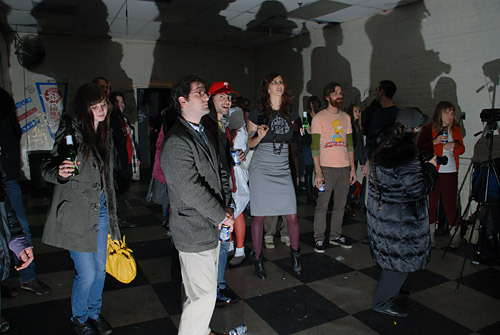 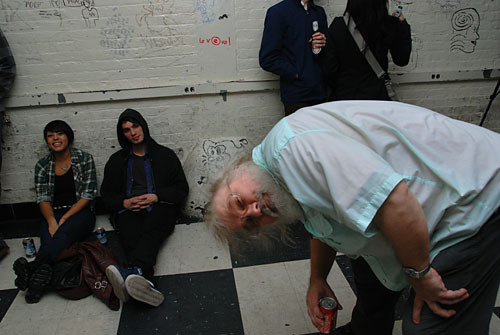 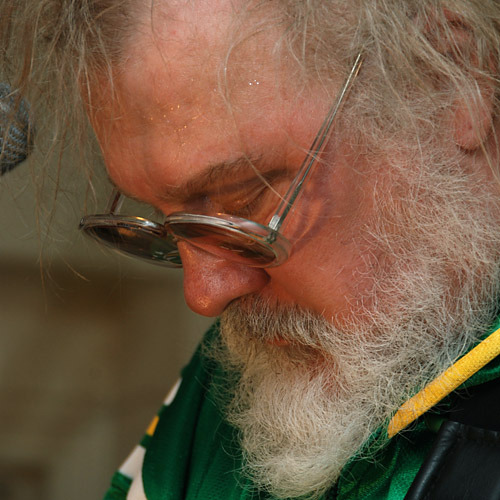 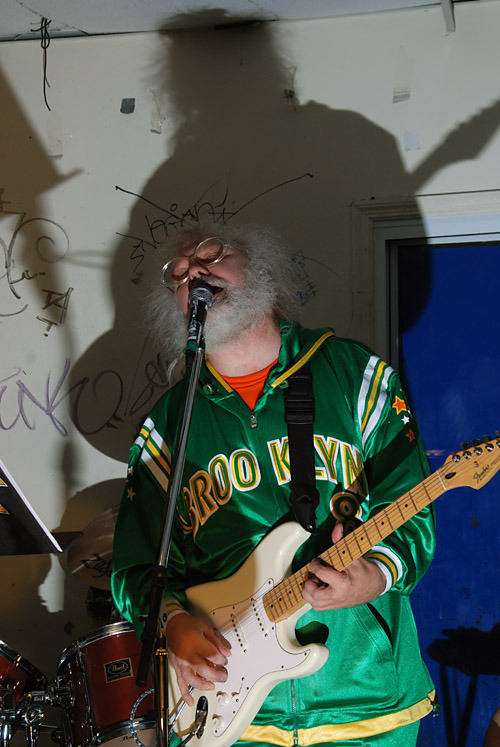 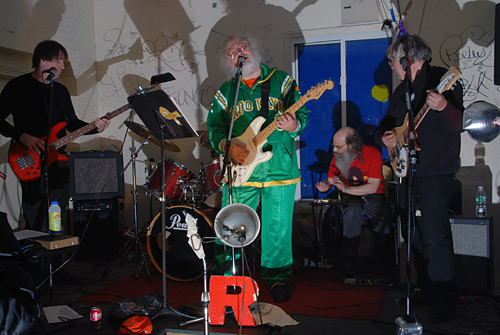 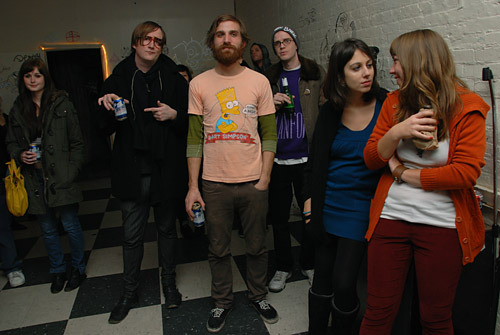 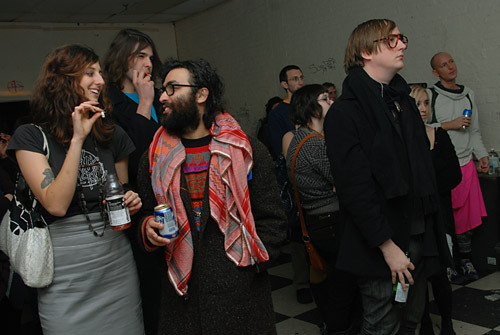 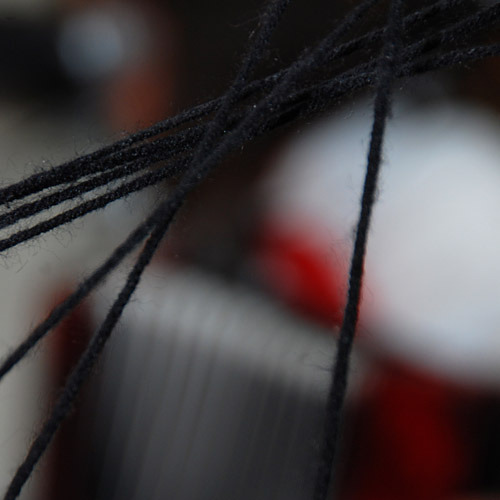 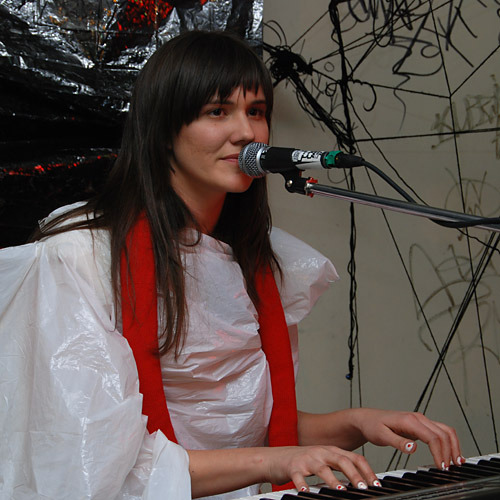 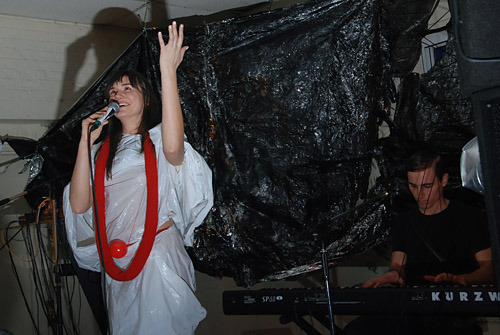 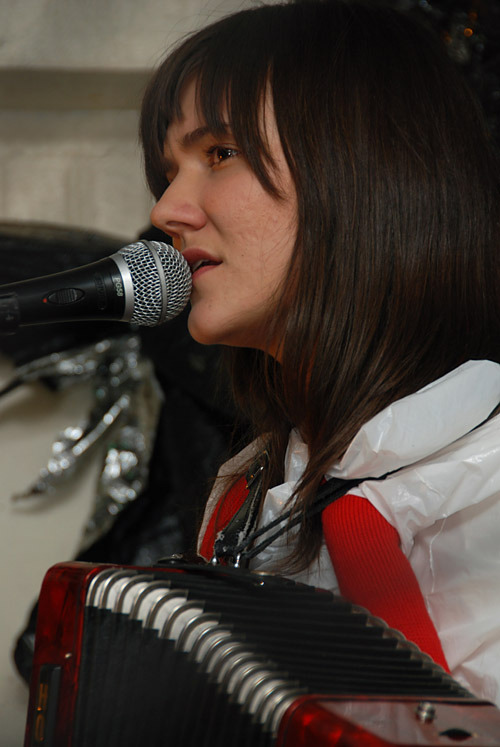 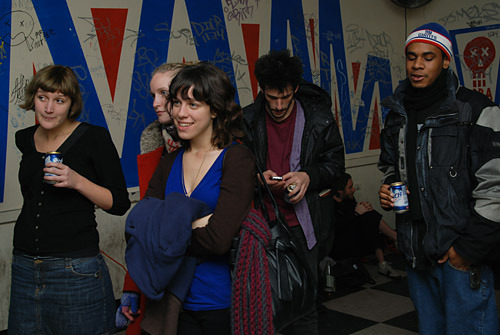 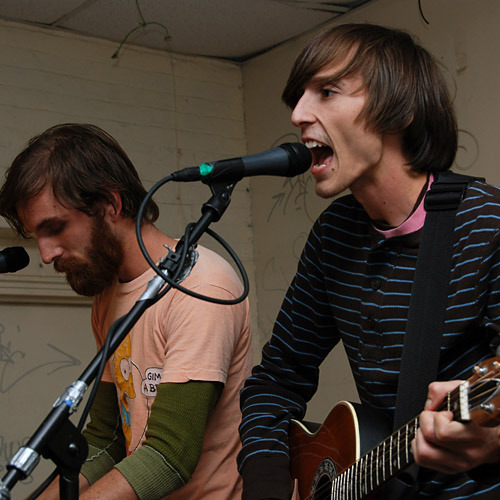 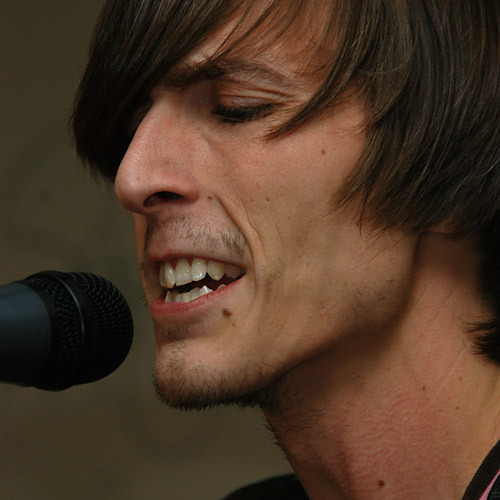 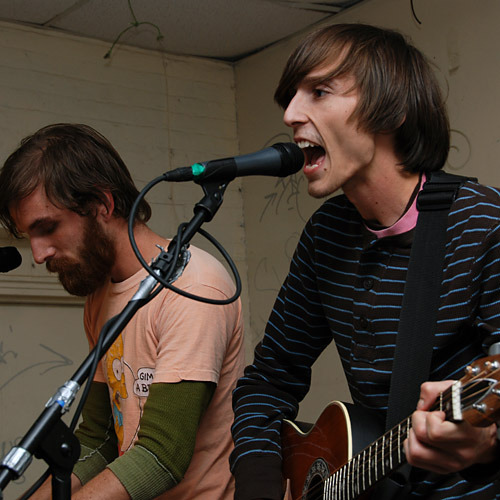 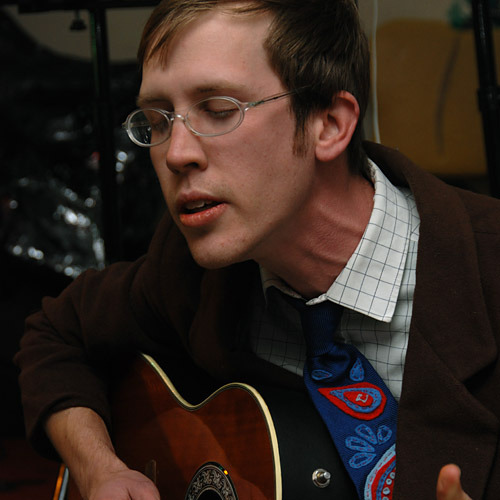 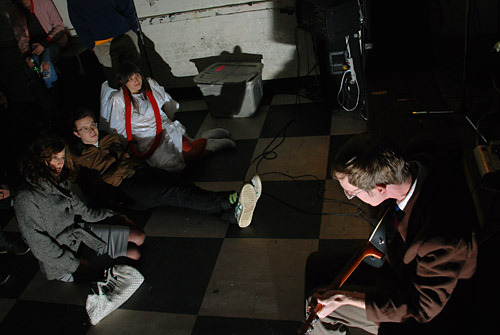 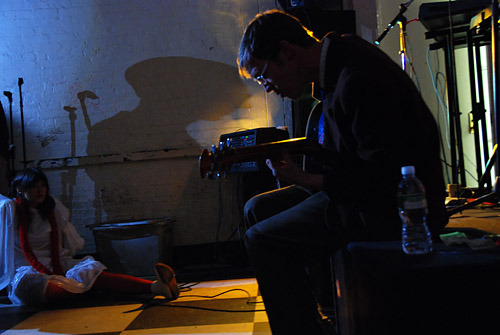 Two 13-year-old girls fall in love at Christian Summer Camp. And it's largely autobiographical. And she's collaborating on the music with experimental hip-hop producer Machine Drum, formerly of Merck records. And she... 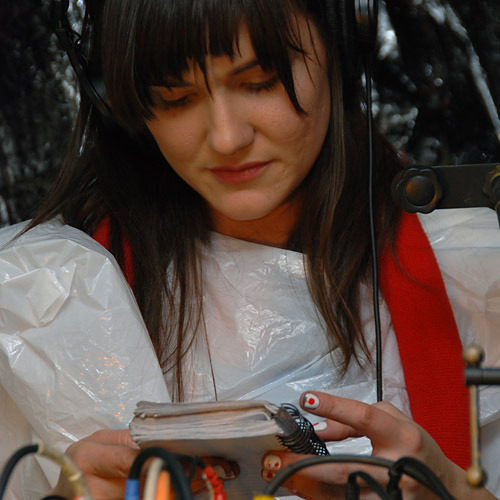