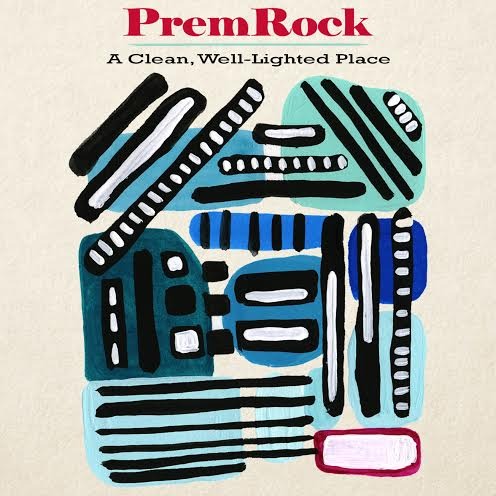 On PremRock’s Mark’s Wild Years, the prerequisite for his 2012 concept record was a novice’s awareness of Tom Waits’ oeuvre with emphasis on the trilogy Swordfishtrombone, Rain Dogs, and Frank’s Wild Years era of the 1980s. Dedicated to the gruff-voxed muse, the New York rapper was doing more than mere idol homage, he was absorbing Waits’ bar fly troubadour character like a method actor studies a subject. Two years later, Waits can still be heard in PremRock’s music, but his recent A Clean, Well-Lighted Place—with its Hemingway short story reference—is a different breed of vanity project as he attempts to cram the sum of his life's experiences and influences into 16 tracks.

Foremost, A Clean, Well-Lighted Place aims to return to traditional rap form, comfortably packaged in a sound reminiscent of the ‘97 to ‘00 independent heydey of New York rap—back when the clientele were abstract, low brow poets and rappers assumed the monikers of comic book heroes and villains. PremRock enlists the production of Blockhead, Marmaduke, Willie Green, Has-Lo, and Quelle Chris, among others, to flesh out a sound that compliments his surly baritone—bound to draw Aesop Rock comparisons—but the production is mostly fit for a rapper with a long list of sharp-witted complaints and criticisms to issue in rapid fire succession. Self-anointed plain dealing villain on lead single “Lens”, PremRock does not hold his tongue regarding the music industry (“fortune favors those who shell out for the publicists… this industry is this / this industry is that / middle finger to the middle man and throw it down that hatch”) or in the company of his peers: “these 'bring back boom bap' shows never have nice chicks / so fuck this shit / I’m dipping out / I’m not trying to circle jerk with multi-colored AF1s and Dilla shirts / cats debating over who in ‘93 had the illest verse.” He further proves he's beyond rap trivalities within the quoted verse by stringing together over eight bars of knockout punches. The fued with the rap industry is revisited on “Waiting For Godot” and “Indifferent”, but as the former's title suggests, he's on a higher level of literary acumen than most of his peers.

Sure, he mean mugs rappers, but he is also burdened by the trials of modern men who love and drink with reckless, young hearts. It's of no surprise his admiration for Waits is complimented with being well-versed in Hemingway, Bukowski, Beckett, and Burroughs. He lifts half of Ghostface Killah’s “Nutmeg” verse as the chorus for “Supreme” and in the next track offers a fresh interpretation of Samuel Beckett’s absurdist play on the eponymous “Waiting For Godot”. Throughout Well-Lighted Place Premrock presents himself not as a hero or a villain—like MF Doom or Ghostface might—but possessing of the anti-hero quality found in characters like Henry Chinaski, Holden Caulfield, or perhaps most-fittingly Mailer’s Stephen Rojack in An American Dream, who seemingly conjures his feats of blundering heroics with each consumed gin & tonic. On “Rod Stewart” he pesters old flames as a drunken sap who's wisdom has determined “some days 24 hours is just too damn long”, while “Berlin” is the flipside of unrequited love in which PremRock shares a fleeting night with a girl in Berlin the night before his next train leaves. “Can't Make It Stop” is hinged upon philosophical gutter talk like “used to watch the junkies nod off on the train line / and trip off on the fact that we all exist in the same time”, while “Young Alone Alive” metabolisizes passing fancies into desires akin to Hemingway's admiration for simplicity before arriving at Vonnegutian eulogies.

The question that arises is: can Premrock the rapper coexist with PremRock the bar stool scholar?

The problem with Well-Lighted Place isn't that PremRock serves up an identity crisis, he's the real PremRock through the duration, it's that following him involves crevices to leap across and commitment to extensive travel plans within the psyche of one man. Equally complicated is the album is front-loaded with braggadocio that sets the tone for your garden-variety rap record, while the back end—with the exception of “Indifferent”, “Quit Starin'”, and “Short Days and Sharp Blades”—slips into the portrait of the artist as a degenerate, down and out on skid row. PremRock the rapper is at wits with the man with a government name, and we're back to our anti-hero/comic conflict, wrestling with a trope that exists but not as a thematic device. It cannot be unpackaged like MF Doom vs. Daniel Dumile. It's not comparable to questioning the character of Chinaski versus the legend of Bukowski. PremRock has not dulled his tool enough to masterfully guide us to the visible iceberg, while subtly keeping us aware of the mass that exists beneath the dark water.

A Clean, Well-Lighted Place encompasses PremRock's 28 years of life up to the release date, making it a hefty re-introduction to a rapper who's last full length was a conceptual aside from himself. It is a record that had to happen and while he empties his pockets on the floor for us, he makes it worth our time by having plenty of conversation pieces and talismans to discuss over a few beers.