Bastards of the Party – World’s Fair 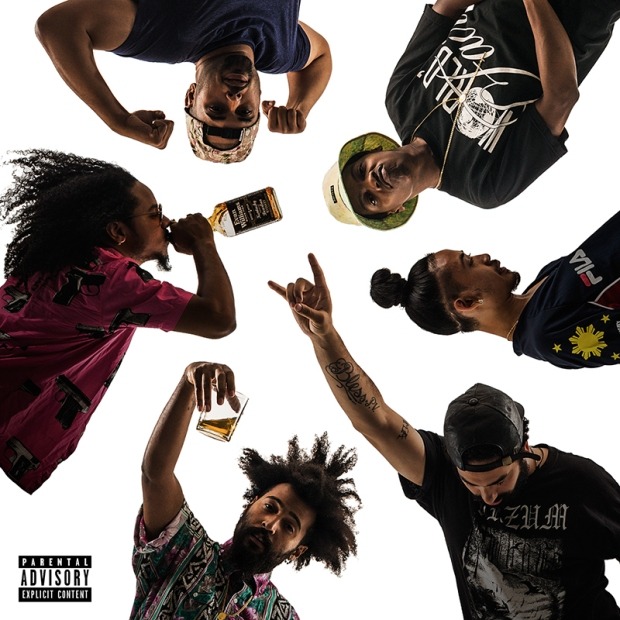 The chosen moniker of World's Fair for the Queens-based crew is a statement. Unless you grew up in Flushing, it’s more likely you think of Men In Black at the sight of The Unisphere rather than recalling it was the site of the 1964 World’s Fair. The rap collective World’s Fair see themselves as the next era for a long-abandoned iconic Queens landmark. In an interview with MISHKA prior to the release of Children of the Night’s Queens… Revisited, Nasty Nigel described their sound as reactionary to the stigma that “Nobody from Queens is hard. Nobody from Queens is making noise.” Relatively quiet post-dun rap heyday, a Queens resurgence took off after Queens… Revisited as COTN received assists from natives like Heems, Meyhem Lauren, and Action Bronson. Queens was back on the New York hip hop map – in many respects defining the New New York sound.

In XXL columnist Brendan Frederick's '06 piece on Mobb Deep's quintessential Queensbridge cuts, he wrote, “At a time when you can buy screwed & chopped albums at Circuit City in Brooklyn, it’s easy to lose sight of the fact that hip-hop was once a local phenomenon. More than just a voice of the ghetto, hip-hop at its best is the voice of specific blocks, capturing the distinct tone and timbre of an artist’s environment.”

The group’s debut, Bastards Of The Party, explores the frustrations and reactions that come with being from Queens in a metropolis that treats Brooklyn as the epicenter of culture. It rekindles the Infamous of Queens with World’s Fair in the role of party crashers refusing to allow guff directed towards their locale.

The narrative in B.O.T.P. begins on opener “Pre-Game” as Remy Banks is invited to party in a neighboring borough, but due to rumors of the last party World’s Fair attended, the girl on the line requests he come alone. Remy ignores the request, announcing the evening's plan to his crew of Burzum t-shirt sporting, Evan Williams whiskey chugging, devil horns raising miscreants (as seen on the album cover). From the opening skit, pre-gaming ends and the album settles into two stories. The first story is about the night in particular, glamorizing World's Fair as a posse of the Beastie Boys circa the “Fight For Your Right To Party” caliber. The second story is about a brotherhood that formed in Queens with the Unisphere on a crest, patched to shoulders that carry a chip. B.O.T.P. is ripe with chant-worthy hooks that aim to raise hell, but focus on the verses of COTN, Prince SAMO, Jeff Donna, and Cody B. Ware and it's a crew of friends who feel they have something to prove.

Despite calling Detroit home, producer Black Noi$e has largely defined the World's Fair sound, channeling a Q-Tipian understanding of Queens' diversity. He handles the lionshare of production on B.O.T.P., though it's clear World's Fair envisioned a unified sound as contributions from Jansport J, Thelonious Martin, SPVCE, and Nick Catchdubs don't stray far from Noi$e's template of midnight maurader's themes. Front to back, B.O.T.P. is primarily concerned with rating high among fans of traditional New York rap from Queensbridge to Brooklyn, it's not until multiple returns to the record that the sub-conscious motifs surface.

One departure is “BLISSKISS”. With a sound reminiscent of an ATLiens era slow jam, “BLISSKISS” feels like a leftover from COTN's Valentine's Day release Yes/No. It's a strange inclusion, slightly out of place, until it becomes apparent it introduces the scorned tales on “Wave Ride”, which ultimately lead to the beligerent nihilism of the title track. It holds together the narrative, informing the downwards spiral into living up to their infamy. Even the hidden track, tucked behind “Blacklisted” sounds as though it's part of the storyline – like the next morning's sober musings. For all of World's Fair's hedonism the previous night, the hidden track has the bohemians, the lost generation of Native Tongues, waxing philosophical of third eyes over jazzy loops and Charles Manson interview samples.

What’s inherent is World’s Fair still carry the chip for Queens. When the party dissipates a skit offers a glimpse into the burden of partying with a Brooklyn chick and trying to get her to roll back for an after hours gathering in the Northeast borough. She concedes to join them, but on the drive things go sour, and the crew leave her cursing the bum ass Queens crew on the side of the road. The album ends with “Blacklisted” which sounds like it's being delivered from a rooftop looking at the Queensbridge over the night's last beer. By title alone “Blacklisted” expresses a contempt for how the rest of