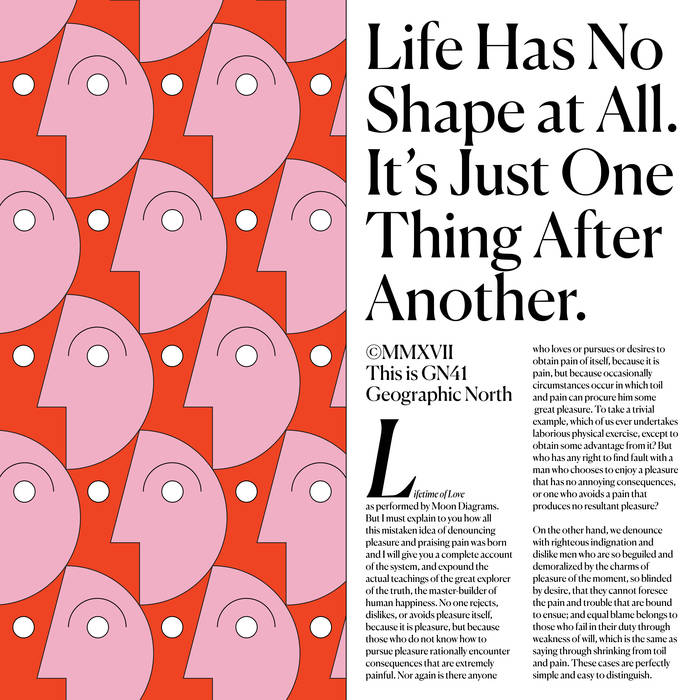 Deerhunter drummer Moses Archuleta has remained, for the most part, outside of the limelight over the course of the iconic indie rock band’s tenure. There’s no arguing it’s been a fairly easy task, considering how large of a personality Bradford Cox is, and how prolific both Cox’s solo venture, Atlas Sound, and fellow Deerhunter guitarist Lockett Pundt’s side project, Lotus Plaza, have been. But for ardent fans paying close enough attention, in 2015, Archuleta, under the moniker Moon Diagrams, released a three-track EP of his own material via Geographic North, a label with strong ties to the Atlanta electronic scene. As his debut proper, it gave some insight into the type of sonic palette the percussionist operated with on his own time. Unbeknownst to most of the listening public, though, these gears had already been turning for Archuleta, as recording for his just-released first full-length took place over the course of three distinct periods of time, beginning as early as the stretch of time between Cryptograms and Microcastle.
In a recent interview with The Quietus, Archuleta characterizes his contributions in Deerhunter as “organizational, sonic, and aesthetic”, similarly noting that, conversely, his weaknesses are as a “traditional songwriter”. It’s an incredibly perceptive self-characterization, and one that accurately conveys the gist of his new album, Lifetime of Love, much of which takes the form of purely instrumental soundscape. Opener “Playground” slowly builds into a cathedral-esque choir of voices, while the appropriately titled “Nightmoves” lays some slightly sinister noise over a continuous two-chord synth line.
All that to say, many of these compositions, as ambient works, dwell in a world outside of common rock or pop song structure, and therefore, in a sense, expectation. There’s no waiting for a chorus to kick in, or a key change and bridge to introduce a new feeling or concept; these are mostly static arrangements with slight nuances taking shape over the course of each song. So on the one hand, for casual listeners looking for some good background music, or diehards who eat, sleep, and breathe intelligent electronic music, this is the jam for you. But for those with a vested interest in dynamics or anyone in search of an overlapping Deerhunter sound, Lifetime of Love might not be it. Admittedly, it’s probably an unfair metric of comparison, but one that’s unavoidable nonetheless. Closing track “End of Heartache”, though, does offer a rare glimpse at that exact type of songwriting: a lengthy dance pop number in the vein of Ariel Pink or Avey Tare with a poignant chorus built to ultimately satisfy both camps.
Lifetime of Love is available now.