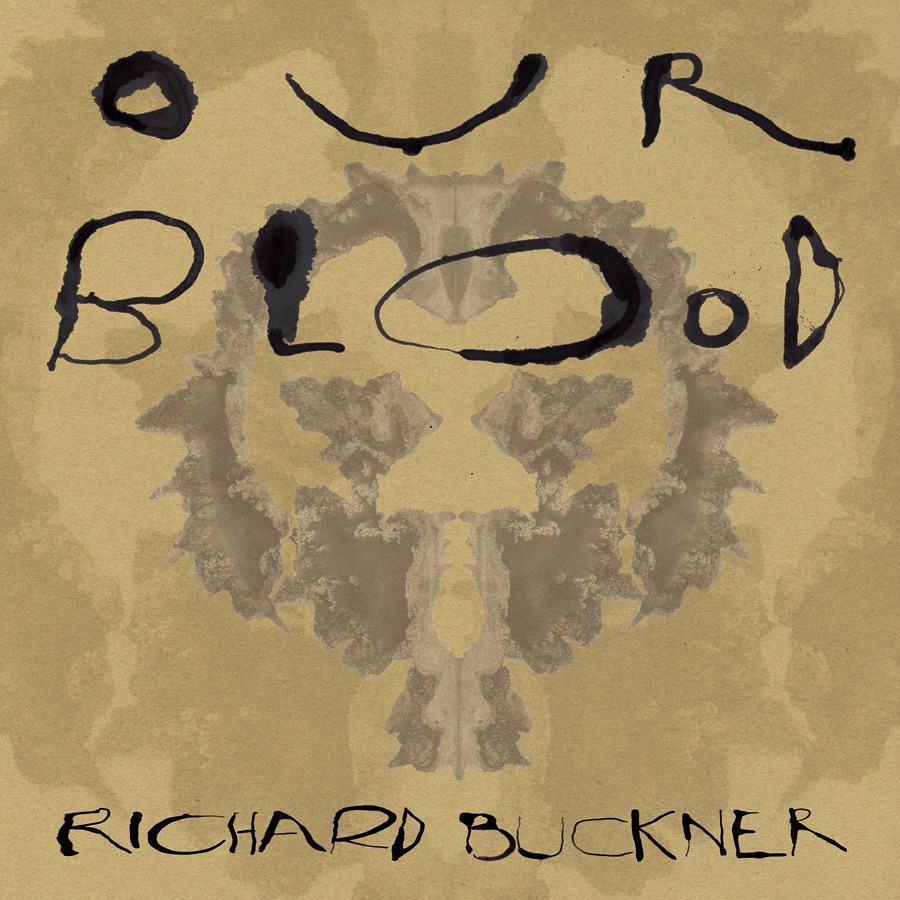 Recently, a report of Herman Melville's lifetime earnings – a little under six thousand dollars – was released on the internet, and those of us who support the arts responded in one of two ways. We were either outraged that the times were so unkind to such an incredible writer, or we were humbled by the reminder that “the artist's struggle” is no new invention heralded by the advance of digital media. All of us harbor the hope that if Melville were alive and creating today, he'd have been treated properly. Modernity, you see, is a world in which Jonathan Franzen is treated like a rock star and a band like The National can have a #1 record.

Even in our refined self-awareness, we occasionally forget the Herman Melvilles who live among us: the quiet talents with the day jobs, whose art is highly revered in small circles but virtually unknown outside of them. One of these such talents is Richard Buckner, whose Our Blood marks his ninth full length release and his first in five years. It is an album both immediately deserving of fame and that likely would never have sounded this good if made in fame's presence.

Our Blood is, as anyone familiar with Buckner's long line of work might expect, no departure from the signature rough-around-the-edges sound that has earned him a lifetime of the rightful alt-country tag. Anchored around instant Buckner classics like “Escape” and “Hindsight,” these nine tracks feel like his most confident work to date. This is particularly notable given that the five year gap between albums has been attributed to a streak of bad luck and recordings gone missing. Grounded by smoother-with-age vocals and a healthy dose of pedal steel throughout, Our Blood works its magic through a unique brand of melancholy. “Let's waste the night, pay the price and get out of here,” Buckner sings on the album's anchor, “Escape.” “It's not enough, backing up just to disappear. Without a fight, they'll never know we've won.”

It reads like a tip of the hat to his past, and it's arguable that Buckner's very strengths lie in the struggle. Where many of his contemporaries have grown softer and less impactful with age (see: Wilco's last two albums), he's found an enviable sweet spot between familiarity and well-seasoned growth. Armed with dark, twinkling instrumentals (“Ponder”) and the heartbreak of failure (“Collusion”), at times Buckner even out-Bon-Ivers Bon Iver.

Our Blood is difficult to listen to solely because its story has already been written: Richard Buckner is the national treasure who never gets his due. He's so un-famous in the modern sense that he doesn't have a Twitter account. His top-selling album, released in 1997 on a major label and widely considered his best, has scanned only 27,000 copies to date. The tour for Our Blood, though co-headlining wtih David Kilgour, takes him to venues scarcely larger than those he's been playing since the mid-90's. A lesser artist would have given up by now. “Someone should have told you,” he sings on the album's “Confession”, “I guess I'm the one they warned you about.”

We have indeed been warned many times. We've seen Herman Melville's paycheck. This doesn't make the news any easier to swallow when a new Richard Buckner album comes around and we are forced to consider the likelihood that it won't, as people in the industry often say, “go viral.” Ultimately, though, the blame lies in us, the listeners: it is our duty to seek out the classics, and Our Blood is about as classic as it gets.