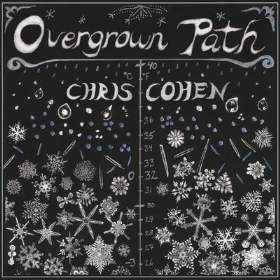 Once a shadow man in every band, now a loner publishing his first poetry, Chris Cohen has emerged from his long history of helping out with a confident and blossoming debut album, Overgrown Path. After stalking the sidelines of bands from coast to coast, including Deerhoof, Cass McCombs and Haunted Graffiti, this Vermont-by-way-of-L.A. sun-drenched mellow fellow has created a shushing, sweet LP that makes you wish the leaves would quit changing and days of lying in yellow rays would never turn cold.

A 180 from his band to band existence, Cohen went completely solo for his debut, recording and performing all of the instruments and vocals himself. Cohen’s resulting barrage of Pleasantville pop is muted, calm and contemplative, never brash, offensive, or too involved. At times, it’s so simple you might catch a snooze. But what he creates is bigger than it at first sounds, echoing shifting plates below the surface of a simple melody.

“Caller No. 99” strolls around the confines of time, exploring the everyday. The song drifts along an unchained thought, answering none of its questions, confirming no assumptions, simply musing on the state of things. Full and easy, the song (as well as the rest of the album) sounds like the product of a pot-smoking basement band, but Cohen creates the magical mystery all on his own. Cohen’s keen ear for layering and ability to construct a full band sound make his solo album less of a lonely venture.

Even as he pulls on the layers and adds his own ghost quartet to his songs, Cohen could still sing any baby to sleep. “Heart Beat” is designed to slow yours down, like a slow mist of rain splattering down a window pane, sighing and rocking. Similarly, “Inside a Seashell” draws out each vowel, barely stepping out a beat, sedated and sleepy. Both songs have simple pleasures, but can bore with their navel-gazing, insular repetitiveness.

The record hits its deepest dark spot early on, with “Solitude,” a dirge that makes you wish for the brighter days of Billie Holiday’s lonely side. So slow it makes you want to crawl into a cave, curl up and smell, “Solitude” takes slow motion to a grinding halt, focusing too intently on corner-kid thoughts. Cohen’s tendency to sit and think can lead to circling nothingness, but it can also reveal the hidden shine on momentary, mundane bliss, like “Optimist High.”

Bouncing between washy lullabies and inspired slices of slowed observations, Cohen’s Overgrown Path remains a beatific, feel-good dip into relaxation, much-needed as we move from the lethargy of summer afternoons to the cold awakening of fall.