Popstar on the Lam – The Truly Me Club 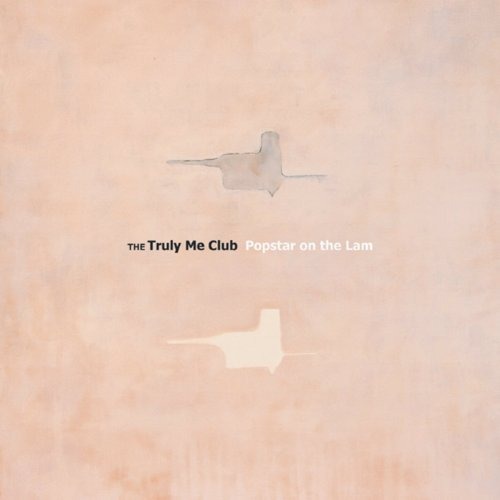 If any album has ever been excessively pleasant, this is it. Popstar on the Lam is a ten-track, heroin-lulled journey–sometimes euphoric, always pleasant and mellow–that in the end doesn’t necessarily take you anywhere. The sound is dreamscape material: floating vocal harmonies, shimmering guitars, swelling organs, bending harmonicas, and sparse percussion. It’s beautiful, but as one track blends into the next, the music becomes stagnant because it never strays from its formula.

“Cal-ifor-ni-ay,” the opening track, sets the precedent for the album, beginning with a droning organ and thickly layered vocals. An aggressive drumbeat punches through halfway in, serving as a counterpoint to the soothing vocals and giving the song some edge, before the whole composition fades away into the next track. “Cal-ifor-ni-ay” is the best moment on the album, in a large part because it’s the first track and all the subsequent songs are very similar, but also because it's the most dynamically varied.

The rest of the album quickly becomes stagnant (albeit, pleasantly static). The song structure never comes in danger of becoming complex or straying from the established sound, but really, the biggest culprit for the lack of dynamics in the album is the singing. If you ignored the words, you’d almost think front man Jason Parker used the same vocal tracks for half of the songs. The vocals seem to be mired in the same heroin haze as the music. There’s never any muscle or emotion, not even any pain or anguish when singing of lost love or of a friend getting shot in the head. Instead, the singing sounds numb, which is cool, but paralyzing when sustained through the whole album.

The title track, “Popstar on the Lam,” ends with an homage (or outright rip-off depending on how you want to look at it) to Pink Floyd’s The Wall, by playing the riff from the closing track, “Outside the Wall,” on harmonica. The Wall, of course, is about a drug addled rock star who isolates himself behind his metaphorical walls only to have them torn down by album's end. Hearing this riff two-thirds into Popstar on the Lam on my first listen gave me hope that the album would suddenly open up with its walls torn down. Alas it’s only a thematic homage, not a turning point, and the last three songs mark more of the same, which, taken out of its static context, isn't so bad, really.