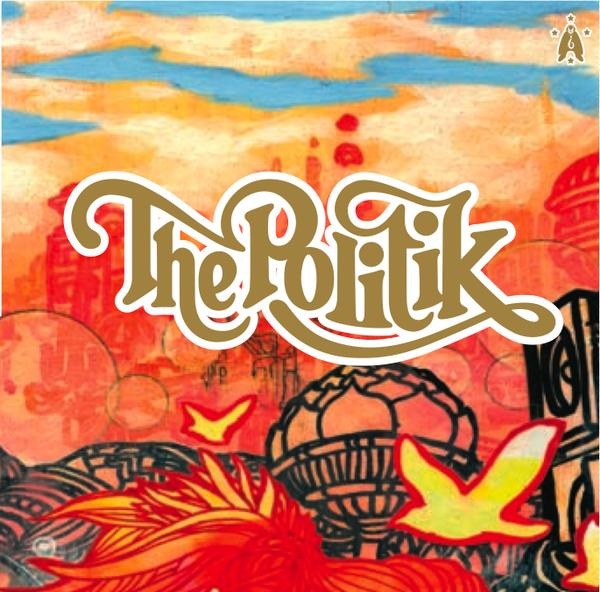 Some albums are made to be listened to when you’re in a good mood. The Politik’s debut LP earns this distinction. While the first few tracks have enough charisma and punch to hold their own in any weather, the latter half bring to mind unsavory images like “aging raver” and “gyrating hippie” on a cloudy day. In order to do this album justice, imagine yourself at the most banging barbecue of the summer. The day is sultry, the crowd is colorful and sexy, the food has been picked over, and the sun is barely beginning to set.

Based in the UK, The Politik consists of producer and musician Mark de Clive-Lowe and vocalist Bembe Segue, both of whom have impressive resumes in the worlds of cosmic jazz, soul, and world beat. De Clive-Lowe’s beats and sounds span the globe with their varied flavors and Segue’s distinctive voice can switch from sassy to smooth in an instant, evoking St. Juste, Joyo Velarde, and sometimes even Michel’le. Their collaboration sounds entirely natural; the pair clearly shares a lot of influences and their talents complement each other instinctively. The result is a sound that is unique but familiar, futuristic but classic.

Opener “The Essence” swaggers in with de Clive-Lowe’s grimy beats, while Segue’s whispery, layered vocals yearn and reach, complemented by frantic horns. The Parliament Funkadelic-influenced “Moonlight” is one of the album’s most addictive tracks, due in no small part to guest emcee and LA native Blu, whose sharp wit and laid back flow slide in just at the right time. Segue cheekily faces off with Cleveland rapper replife on “Sweet,” an effervescent bit of UK hip hop where taunting, sing-songy refrains (“Baby, maybe you’ve been acting crazy” coupled with a funkier version of the classic playground dis, “na na na na na”) are met with replife’s suave complaints about a love interest who demands too much of his time.

Standout “Black Sun” calls to mind both Stevie Wonder with melodies reminiscent of “Maybe Your Baby” and Outkast with the smooth, yet carnal vibe of “Spottiottiedopaliscious.” Quirky percussive noises and lyrics about getting back home to places in the sky highlight the pair’s spacey side.

The second half of the album is enjoyable enough and refreshing as a well-made mojito, but it lacks the attention-commanding quality that propels the first few songs. “Money (Don’t Let it Catch Ya)” and “Turn the Light” jauntily hop through tropical climates, while the sleepy “How Did They Know” and “Xtra Sensory” should be relegated to the big chill-out room in the sky. Nevertheless, The Politik succeeds in bringing a sensual summer day to life; but just like a banging barbecue, you have to be in the mood to truly enjoy it.