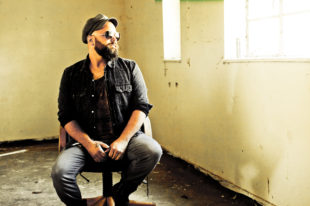 The Southern Companion is the pseudonym for a collective of some of the UK’s most passionate and talented musicians in their genre. Within the bands ranks, the group have toured and performed with industry big hitters Tom Jones, Take That, Mel C, Lulu, Rumer, James Morrison, Pete Townsend, Amy Macdonald. The list goes on and on. That said, there’s no doubting that the bands real passion, is in authentic Country and Americana.

Originally from Lymington, front-man Darren is the songwriter and driving force behind the band. A Country & Americana obsessive, his love of performance and his genre is unmatched on the circuit.

Last year we brought you the last single from the album and now we’re happy to bring you the full album. It’s a stunning take on Country and Americana and throughout the whole project, you can hear the unfiltered love for the genre. Darren’s songwriting ebbs and flows from Soulful, folk-tinged tracks such as “Few Too Many Hours”, to authentic upbeat Americana such as “Can I Get A Witness”

I’m really pleased with it, although it’s technically the 3rd Southern Companion record, it’s the 1st time I think we’ve really captured how we sound as a band. We did this one without any outside interference or influence as we didn’t have a label to appease, we just made the record we wanted to make, it’s self produced, self funded, self released, the whole thing has been done “in house” so to speak.