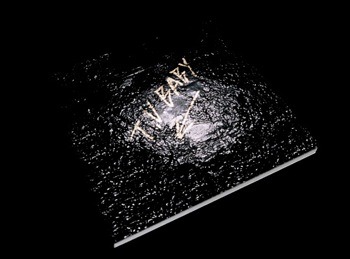 TV Baby is the latest project from A.R.E. Weapons founding members and mainstays, Matt McAuley and Brain McPeck. Despite having the exact same line-up and a shared instrumental sensibility, TV Baby and A.R.E. Weapons are very different projects. In the Weapons, McPeck leads vocally and with TV Baby, McAuley takes the microphone reigns. A.R.E. Weapons vocals are often spoken or shouted, at times aggressively. With TV Baby, vocals follow a more traditional pop structure with melodic lines and words that are more lyrical, less matter of fact.

So where McPeck may go aggro, McAuley turns his darkness inward. He corrals a mix of careless positivity and a self-deprecating bad attitude that resonates a strong emotional chord in the gut. Matt McAuley spits out some of the most engaging rock vocals in years, as his delivery careens effortlessly between intense, modest, heartfelt, icy, mellow, and charmingly flippant. Below McAuley’s bountiful bellow, vintage drum machine tones sizzle with crispy and smooth propulsion. Thick buzzing synths and guitars that fly all over the map of sonic possibilities fill in the energetic musical meat.

When A.R.E. Weapons hit the scene back in the early 2000’s, they were considered part of the latest incarnation of the No Wave movement along with the Liars and the tri-Yeahs. With TV Baby, McAuley and McPeck play with a sonic passion steeped in No Wave’s downtown history with hints of Suicide peaking through. In keeping with this history, the TV Baby album is part of an art book whose long list of visual contributors includes Jim Jarmusch and Alan Vega. Such a presentation emphasizes the importance of not only the effect of the art movement on No Wave, but also the creative perspective that is simpatico between these visual and audio artists. The book is full of television and TV Baby inspired art. The images deliver a queer and haunting effect, suggesting that the influence of television and pop culture touches all of us, but connects with many in a peculiar way. (We are affected by it and can’t escape it. When we are home alone it is our friend, even if we don’t enjoy what we end up watching.)

The book doesn’t overtly criticize television, it just explores the peculiar nature that comes from a world that is so connected and affected by an electronic device that primarily is used to entertain and sell stuff. The book and the album could easily stand separate but the resulting experience is much different. Together, you sense a reluctant celebration of what influences us. You may hear music influences in the music and it feels simultaneously celebrated and helplessly indifferent in the most captivating of ways.

The TV Baby album is a rare moment where a side project rivals the main project. Maybe the “side” effect has liberated all pressure for McAuley and McPeck and allowed this excellent swirling mix of effortless and exuberant creativity to flow forth. TV Baby possesses the rare combination of a child-like playful creativity with the skill and fortitude of musicians who can deftly maneuver vocally and instrumentally wherever they like.