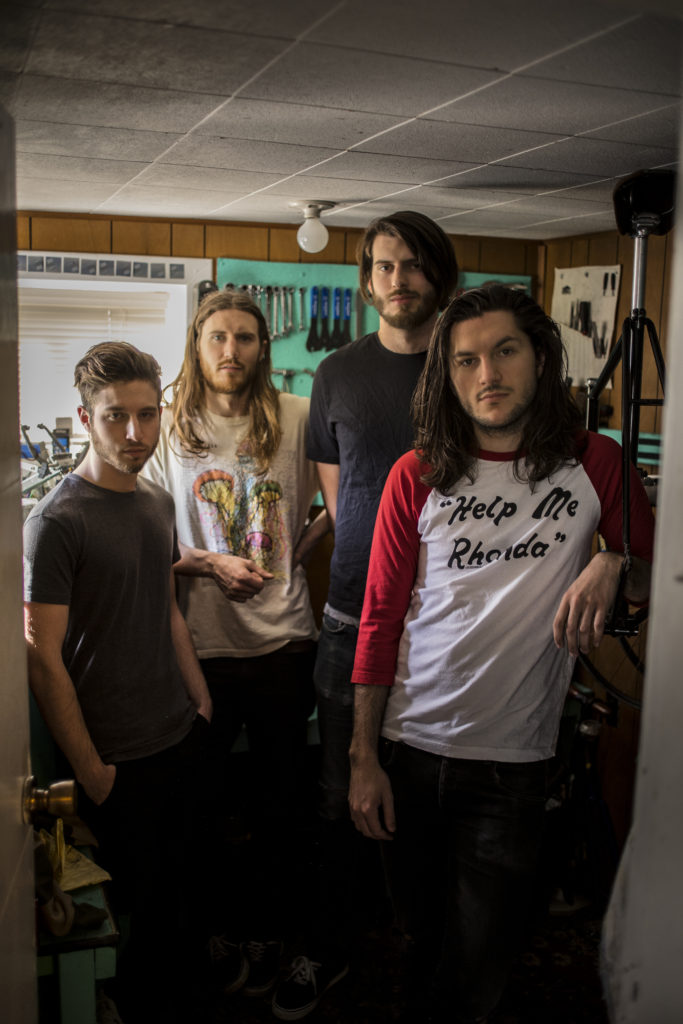 Vancouver-based garage rockers JPNSGRLS have had a busy year. Between touring and playing at music festivals,  the band has somehow found the time to record new music as well. Their music has been described as exciting and thought provoking, and the band certainly continues to deliver.

The latest song from JPNSGRLS, “Bully For You,” is an anthem that you won’t forget. The tune is aggressive and unapologetic as the band attacks misogyny head on.

However aggressive the song and video may seem, lead singer and lyricist Charlie Kerr wants us to know the video encourages pacifism above all else. “We are just a band and Kevan is just a filmmaker,” he says. “We have created this piece from a place of hope empathy and compassion. The song “Bully For You” is essentially a protest song about the lack of gender equality in the world. And a big component of what society teaches boys, growing up, is to reject everything about themselves that is traditionally feminine, which ultimately leads to men seeing women as less than human. The visual backdrop of this song (A gatorade commercial that turns into Swan Lake) is meant to bring attention to and challenge the glorification of hyper-masculinity and extreme violence by embracing things like grace and beauty and compassion. With this video we invite our audience to embrace kindness, love and sensuality, rather than rage, dominance and bitterness as well as encourage everyone to ask ‘how can I help?’”

Adding to the magic, Director Kevan Funk elaborates, “Initially trying to develop a concept for this track was a surprisingly difficult process. The song has such a powerful, aggressive energy to it that I found myself being draw back time and time again to ideas that were either anchored or dominated by violence (something that the title of the song surely biased as well). And while that energy was engaging, I wasn’t interested in creating something that felt destructive or bellicose. So I began to explore ways of maintaining the influence of the visceral response I had first listening to the song but also trying to subvert that innate sense of aggression. Ultimately, this pairing of combat and dance provided a perfect balance of this dynamic. They provided a wonderful parallel, particularly with regard to the extreme sense of intimacy in both practices. I’m also fascinated by the deconstruction and shifting definitions of masculinity. The concept gave me an opportunity to play with those expectations in a way that balanced beauty and irony.”

The video is captivating. Two men in a boxing ring start at opposite sides and begin fighting – neither one holding back. It is the picture of hyper masculinity. Both end up on the ground, bruised and bloodied from the violence, and you can clearly see the hostility between them. But when both men get up off the ground, there’s a visible shift. They stop fighting. Their next movements loosely resemble boxing moves, but are executed slowly and softly, like a caress. The two men linger close to each other, faces near one another, the mood softens and violence disappears as they break down gender expectations. “Bully For You” sings about gender inequality, with lyrics like “if only she was born a son,” and “subtract her voice because she’s her mother’s daughter.” This is the break through song we’ve all been waiting for.