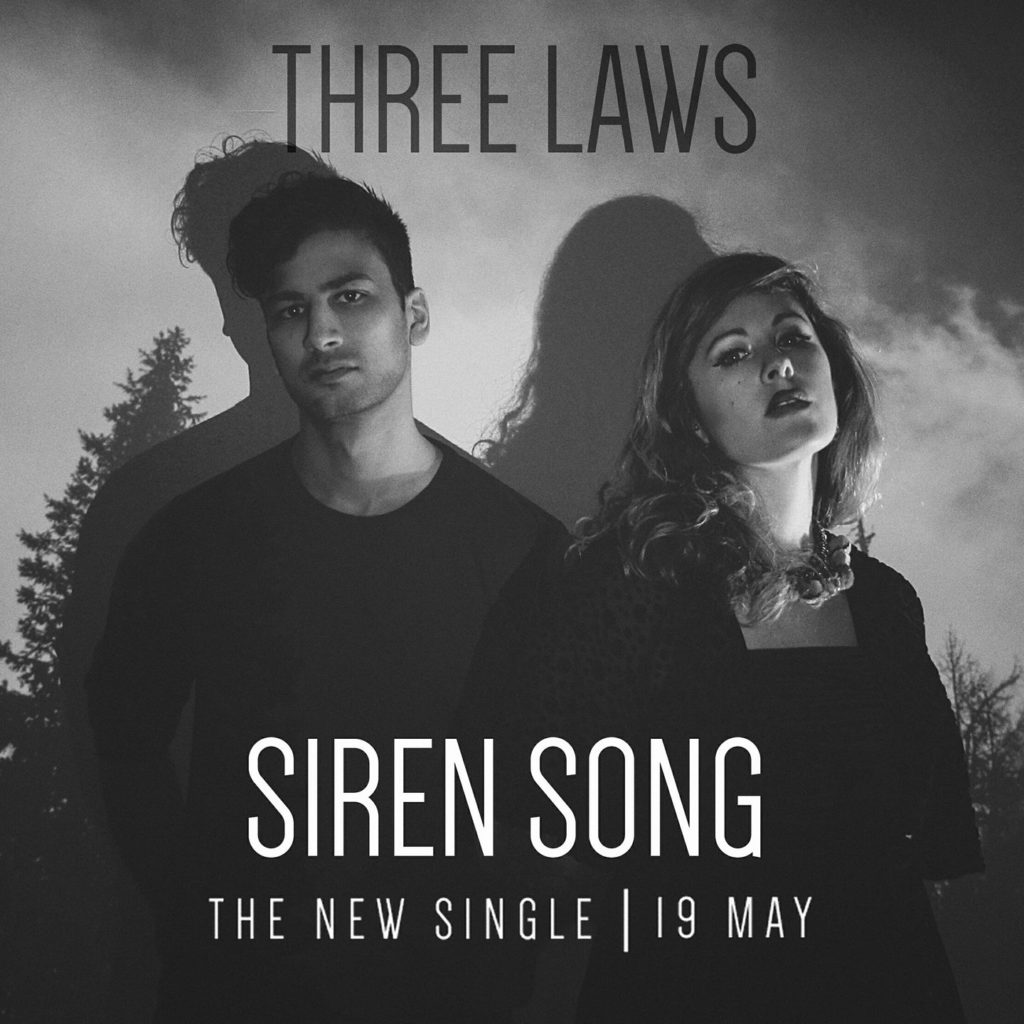 Three Laws, the London based duo comprised of Louise Gold and Adam Relf, have released their latest single “Siren Song” and now bring us an accompanying video.  Directed by videographer Calum MacDiarmid, “Siren Song” is a beautiful song with a mesmerizing visual.
The band had quite a bit to say about the song.

The lyrics for “Siren Song” weave together Louise’s own mild memories of summer – wading in shallow water at sunset, walking along cliff edges, and being by the sea during a windswept English summer holiday. They’re about love. They try to capture the feeling of falling in love – the forever feeling, the freedom-seeking ‘us against the world’ feeling.
The narrative, born out of those memories, however, alludes to tragedy. The Sirens in Greek mythology lure sailors to shipwreck; in the song there is a suggestion the pull of this turbulent, powerful kind of love, though seductive, leads to pain or even death. Louise wrote the lyric as a metaphor, representing something greater than the two people in the story – devotion or depression pulling the protagonists under.
When Adam heard the song the narrative had begun to form, for him the woman was thesiren, or seductress, wielding the power of love over the man in the story. The Bonnie and Clyde lyric suggests this love or journey is spellbinding and dangerous. They are on the run, partners in crime, and she is leading them over the edge.
Adam originally wrote the piano part after seeing a documentary about an oak tree. But the rest of the music and rhythms grew out of the vocal and the narrative. The tension builds as you start to realise it won’t end well for the couple. The strings swell when the story reaches its tragic conclusion. As Louise’s vocal ends, the violin solo plays out. They drift away and are finally lost in the waves.

“Siren Song” is out now. Keep up with the band here.