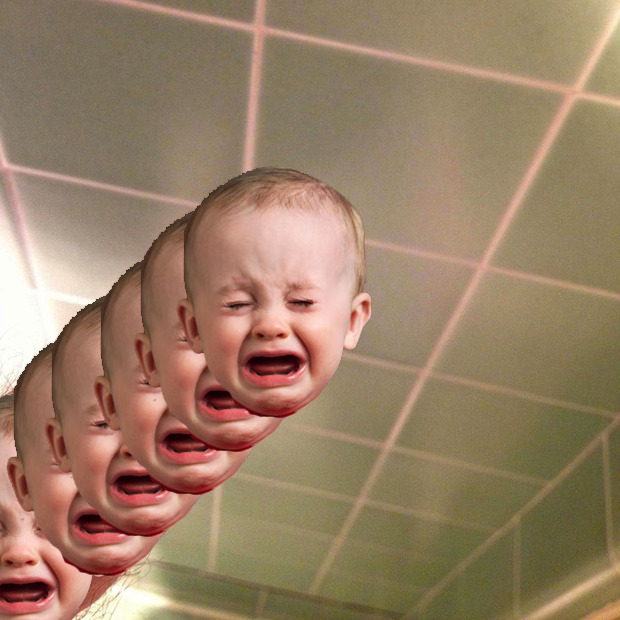 [Ed's Note: The following piece was submitted by Terroreyes.tv's Sean Stout in syndication. The original can be read here.]

Let me start off by saying I like Death Grips, A LOT. I like their music. I like their aesthetic. I am a fan. But as far as this whole 'leak' is concerned, I call bullshit.

We all know record sales don't mean shit in 2012. I mean, there is no lack of free digital albums with accompanying physical releases; this is nothing new. Thousands of bands have streamed / given away their record digitally before the release of the physical product. Death Grips even did it themselves in a roundabout way with their debut LP The Money Store.

If you have been on the internet for any short amount of time since midnight last night you have no doubt seen or heard about this whole Death Grips debacle. According to DG their label (Epic Records) wouldn't confirm a release date for DG's upcoming LP No Love Deep Web so Death Grips took matters into their own hands and 'leaked' the record. The album art is a big boner with 'No Love Deep Web' written on it, they tweeted a photo of frontman Stefan Burnett standing on a ledge flipping the world the bird, and tweeted a couple not so cryptic 'FUCK THE MAN' tweets that sent the interweb into a flurry praising their DIY 'Fuck it dog life's a risk' attitude. How punk of them.

But something is fishy about this whole thing. Firstly, the obvious; why sign to a major label if you don't want to put up with their bullshit? I mean, I wouldn't move to North Korea and then bitch that my government sucked. And, is not confirming a release date for a second record in one year bullshit? How much money did you guys get again?

Secondly, the timeline of this whole thing seems a bit off. In a nutshell, the general timeline of events goes as follows: An unreleased track that was apparently 'hacked' from the bands website gets released. About an hour later (8pm) the band tweets that they will leak their new record, No Love Deep Web at midnight because 'The Man' is being a total dick, and fuck that shit! But that announcement would have left Epic with a 4-hour window to do something… silence. But today hours and hours after the initial leak, multiple streaming options, and various download sites hosting No Love Deep Web, Epic decides to shut down the band's website (as if that would even hinder anything.)

The biggest misconception everyone seems to have about this whole thing is that Epic Records is an oblivious, helpless entity that is only out to do harm and capitalize off artists, in no way caring about Death Grips or their creative vision. All of which is utterly wrong. Epic was nothing but helpful and supportive with Death Grips while releasing The Money Store, allowing the band to stream the entire LP far before physical release and even give away an absurd amount of free tracks from the LP, and eventually, the whole LP. The band's Zach Hill has even voiced his admiration for Epic Record's LA Reid, stating in an interview with The Source:

“We meet with L.A. Reid regularly and we're very active. He's the one that signed us following many meetings with other labels. We went into that building with no expectations but that mans energy is an undeniable thing. We could really sense his connection to what we were trying to do. He alone out of all the people we met with, without naming names made it apparent he really wanted to f*ck with it and help it. When I say help it I mean like present us with the resources to help and maximize our vision. He helps us the most by actually granting us total freedom.”

Do we print 'Fuck L.A. Reid' shirts or not? Ultimately, who cares. We all got a free new Death Grips record and that is great. We also got to see a penis.Whether or not the whole debacle is an elaborate orchestrated press scam is for you to decide.