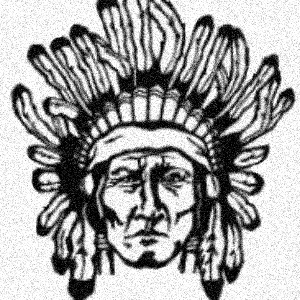 As summer fast approaches, thoughts of mediocre cheap beer and straightforward scuzzed out rock return. With the perennial over-saturation of lo-fi garage rock, it can be a bit of a journey finding the perfect blend of music to fill your Natty-Bo-soaked afternoon. Luckily D.C. based Windian Records is around to ease your musical dilemmas with their excellent and carefully crafted mixture of veteran/fresh-faced garage rock aficionados. Since starting in July 2008, founder Travis Jackson has been on a continual upward trajectory with a bevy of seven-inches from local and national acts like Dan Sartain and Jungle Fever. I recently sat down and chatted with Travis on the origin of Windian, the move from seven-inch to LP, and the whole story behind its name.

How did the name Windian come about?

I’m an eighth native. My grandmother is half and she would always tell me stories about the tribe in North Carolina. I would tell people that and they would be like “you’re not fucking Native American and I would be like yeah I’m a little bit, I’m a little bit.” My friend was like “yeah you’re a white Indian and I was like yeah, a Windian.” (Laughs). It’s also more than that. I was really pissed off about it. The heritage and the history of it all are very very important to me. So, when I applied to be part of the tribe, which my mother and family are part of, I was denied because I’m an eighth and they only take up to a quarter. I definitely take the white Indian thing seriously. So that’s how that whole thing came about.

I was in a band called the Points and we had some old songs we hadn’t put out so we wanted to do a single for it. I didn’t have a job then. The money I put into making that single really put me in a hole, but I had a lot of fun doing it and it sold pretty well. Then my friend Two Tears wanted to do a single and it kept going and going after that and after the third record I was kind of like “Yeah I want to do this for a living.”

Are you originally from the D.C. area? How do you find starting and running a label in D.C.?

I’m originally from Fredericksburg VA, but I spent a lot of time up here so I’ve been seasoned in the D.C. scene for the last fifteen years. Everyone kind of knows me from playing in bands and stuff. It wasn’t too much of a hard outreach when I started the label because I was already kind of cemented. I really do appreciate the D.C. scene. I appreciate what Dischord did. I appreciate all that stuff, but we are definitely aren’t going to sit around and wait for something else to happen. We have no interest in it. We have more of a worldwide focus. We’ve already done a single for a German band and Crushed Bulter are from the U.K. There is music everywhere. I don’t want to be snotty, but I don’t see the point in being “D.C. only.” I mean that was very cool and punk in the 80’s, but I don’t see a reason to be doing it again.

How did you find your way working with more international acts?

Well, Crushed Butler that was recorded in 1970 so that was more of a cherry-pick for me. I owned an EP they had done and they told me to go ahead and use two of my favorite songs from that CD. Talking to older veteran bands who haven’t done anything in like thirty years, like the Testors whose most of their stuff just isn’t coming out again. They are playing their first show together this weekend in NYC, which we are going up for. Rock and Roll will never die, so I want to keep releasing that stuff, I think it’s important that people know about it.

I know you have the new Title Tracks LP coming out April 19. How did that relationship and record come together?

John [Davis] just approached me after he was already set releasing it with Ernest Jenning Records. He sent me the songs and they sounded great and we are definitely more of the punk-rock variety label, but I do have a soft spot for well-written pop songs. I’ve known John for a while and he is a very very nice guy and fun to work with. It's Windian’s first LP. You can do singles all day because there is not much press involved. Doing LPs though you’ve got to be very very smart and it's very expensive. It’s a bit more of a risk.

So it’s been a good test run?

It has been very very cool. Working with Jennings has been great. I mean they have lawyers and stuff. They have their shit together. I’m just a guy in a basement. So yeah I’ve definitely learned a lot. Hopefully when I have my LP out this summer I can deal with it more easily. It was stress-free, which was amazing. All my singles have been nothing but stress.

We were. That is kind of how the whole Fuck SXSW thing got started [In March, Windian put on a jam packed showcase.] We are probably just going to wait until our fifth year anniversary. I mean it’s cool to have a one-year anniversary. A lot of people celebrate that. Two years it’s like big deal, three years it’s like “yeah we are still kicking around.” Maybe five years we’ll do another party, make it a way bigger experience. Make it like three days or something like that.

One of my favorite acts at the Fuck SXSW Showcase was Thee Lolitas. I really enjoyed their caviler stage presence, especially the destruction of the drums and all at their set’s end. How did you all connect up?

They were just two dudes that I’ve known for a few years now because they were like at all the Points’ shows. We would always talk about garage punk and they are very very intelligent and they know their shit pretty well. I didn’t even know they had a band, I saw their video on MySpace and I was just like “wow”, it blew me away. D.C. Punk has kind of slowed down. The Points breaking up, The Shirks don’t play that much anymore and, Maybe, Baby is more of a touring band now, so they are going out of town more. Thee Lolitas are like a breath of fresh air. I don’t have anything planned with releases with them because 2011 is taken care of in terms of releases. But they are going to be on a compilation LP soon.

What else are you planning on putting on the compilation?

I think we are going to be doing one song from everyone who has released something with us so far and some other new bands. We get demo and submissions daily and a lot of it is really really good, but I can’t afford to put a single out weekly. So I definitely want to get Thee Lolitas out there a little bit.

The Cheniers were on your label and then David Malitz (singer of The Cheiners) started his own label Yeah Gates. Did you have any connection helping start that?

He started that before he did The Cheniers’ single. He actually kind of helped a lot on the Windian side. We were still pretty young, I think their single was the fourth single we had ever done. He took care of all the art, so it was pretty easy. We ended up splitting the singles.

What releases are you planning for 2011?

We are doing a batch. We usually just do batches. This time we are doing four singles. Two Tears and Dan Sartain is a seven-inch split. Also one from Mondo Ray who are from Germany, they are garage-punk rock and very fun. They were here last year and they like to tour so they’ll be back over here soon. White Faces from Milwaukee, which we are doing an LP for. First official Windian LP. They are pretty young and with a very LA swagger but very garage punky. They are definitely right up our alley. Plus we’re starting a podcast next month. We are also going to be moving towards digital as well. It is something we had been discussing for awhile. At first we were just kind of snotty like “it is going to be vinyl only.” But I don’t know, I can’t really tell people to buy records or record players. It is their life and they can buy their music in any medium they want and I think it is my responsibility to provide them something, so we are going to do something digital.

So just MP3 and vinyl?

Yeah, we aren’t going to include download cards with the album. Basically if you want to buy the vinyl, buy the vinyl. If you don’t want to buy the record, you can get the digital. It would be kind of annoying to me to get all that little stuff together. I have a hard enough time getting the record in the right sleeve. I don’t even want to mess with that stuff.

How did you choose to go into music?

The Ramones. The Ramones, in my opinion are like the most important band that ever happened. I didn’t know about any of those garage or punk bands until I knew about The Ramones. I saw them on MTV. I’m thirty years old. I was a child of MTV. Saw the video for “I Wanna Be Sedated” where they’re all sitting around the kitchen table. Then I bought their records and reading about them and learning about that scene and other bands. Born to like that shit I guess. Definitely devoted my whole life to that.

Title Tracks will be playing their album release at the Black Cat on April 20. Thee Lolitas will be appearing at Comet Ping Pong on April 16, and to get the full Windian experience check them out at Positive Force’s Punk Rock Flea Market at St. Stephen’s Church on May 7.