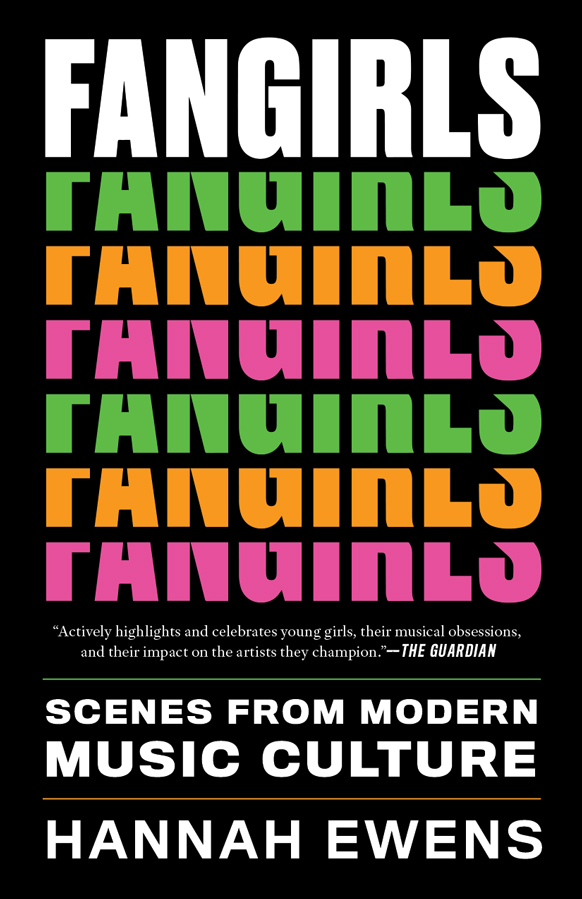 In Cameron Crowe’s Almost Famous, Band-Aid Sapphire said it best: “They don’t even know what it is to be a fan. Y’know? To truly love some silly little piece of music, or some band, so much that it hurts.” And that’s the thing – some people truly don’t know what it’s like to be a fan of music, they don’t know the long hours of listening, studying and watching that it takes, let alone the emotional excitement and distress that follows.

UK music journalist Hannah Ewens explores through various fandoms what it means to love “some silly little piece of music” or some band so much it hurts in her book Fangirls: Scenes from Modern Music Culture. Ewens’ comprehensive research dates as far back to fans of The Beatles and Elvis up until modern popstars like Lady Gaga or Beyoncé. Ewens’ findings tend to always prove that fans are misunderstood. While some of Ewen’s research is left open to interpretation, one thing is proved to be fact time and time again: the demographics of fandoms tend to make up a majority female or LGBTQ+ members. Therefore, with what marginalized communities tend to face, Ewens’ articulates the ways in which the media or the natural dialogue of fans have tended to linger within belittling and disruptive portrayals of these fans’ experiences. Ewens digs into how the hobbies and likes of women and LGBTQ+ fans are bespoken in the media, and seen as unimportant and less than in many instances.

Fangirls begins with accounts of the history of fangirls, and there’s no better place to start than with Beatlemania and Elvis Presley, as Ewins describes the fans becoming “sassier and louder.” She claims that the introduction of the Fab Four and Elvis to pop culture was the first time in women’s lives that they were able to find a way to be open and loud about their desires in the public sphere. “In music magazines, it is rarely openly acknowledged that sexuality could be a legitimate part of any woman’s fan experience. Historically, music mags have been run by mostly male in-house staff understanding music and fandom through their own lens; this has often resulted in a focus on groupies and sex, and a sexualization of female artists, and even fans.”

Jumping back to modern culture, she talks about the phenomena that brought boy bands back into the mainstream: One Direction. At the time of the obsession, fanbase was labeled as “crazy” and “insane” and something to be fearful of. The media lacked any respect or acknowledgement of humanity when discussing the young women who dove headfirst into the fandom. With this in mind, Ewens begins to ask why the media likes to pick on teenage girls? And what is it those teenage girls get out of subjecting themselves to such fandoms and equal criticisms?

From chapter to chapter, through fandoms across the world, of many races, sexualities and artists of all different genres, Ewens answers that question in various ways. At the base of it, teenagers are emotionally driven and extremely passionate – without the weight of the world on their shoulders and the societal barricades that tend to influence us and restrict us with age to conform to what the adults are doing – and can act more freely with their emotions leading their decisions. The second aspect is that fans discover much more in being a superfans than just the artist or the music itself. “the reality of it is that far from emotions merely springing from finding something that is significant to you, they’re an acknowledgement of self-claiming a stake in who you are, who you want to be.” In modern culture, most fans’ experiences exist online through fan accounts, fan fiction and via social media platforms where they can find themselves in a community of people who are like-minded. Fans have the ability to change history, to make or break someone. The musician needs the fans to find themselves just as much as the fans need the musician to find themselves.

Ewens uses a microscope to look into different artist fanbases, and draws from it the many different experiences of being a fan. One Direction fans – “Directioners” – and the hysterical and hurtful way the documentary portrayed them. Ariana Grande fans – “Arianators” – and the Manchester bombing and the reality of the attack on women. Beyoncé’s “Beehive” and the assumption of them being aggressive because they’re black, as well as the aspect of Beyoncé’s careful control of her press creating a really strict dialogue for her fans about who she is. Lady Gaga and Halsey creating an intimate experience for their fans and allowing LGBTQ+ members to feel seen and heard. Ewens also compares Japanese fans to U.S. fans and parses the secondary way the U.S. music industry places foreign markets. She discusses Amy Winehouse’s fans and the way they dealt with grief over her death amidst the media’s inhumane take on her. And lastly, she investigates Courtney Love and the way the media hated on her but not Kurt Cobain for the same reasons, all while looking into the experiences of older women fans and the way they are dismissed or “witched” in the media.

Ewens is able to interview the fans featured in her book with compassion, and her reflection of them is seen through a positive light; it’s no surprise she is able to connect with the fans on such an intimate level in her accounts, as she herself was once in fandoms. While reading Fangirls, I found myself taking a walk down memory lane to the many I’ve entered myself; camping out for eight hours to be as close to as front barricade as possible for Lana Del Rey at Lollapalooza, bawling my eyes out when Taylor Swift liked my Instagram picture, reading every Beatles book imaginable to man, and all the many hours of online research and discussion. In this book I saw myself and the countless hours I put into music.

Fangirls isn’t just a book about the many fandoms that exist for different artists. Fangirls is a book that takes the narrative of the “crazy fan” and turns them into humans. Fangirls is a book about connection, inspiration, community, reflection, grief and sexuality, and how all of these things can be found when answering the question of why someone might be a fan. With the industry always changing and money and business at the forefront, at the end of the day the music would be nothing without the fans. This is a book for fans, by a fan. “What we do matters, we make cultural history.”