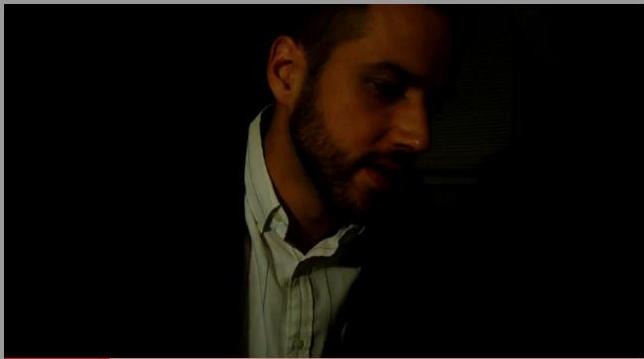 Up in the environs of Massachusetts is Mel Bosworth. Known for his stunning Internet presence and tastefully trimmed beard, he unleashes upon the world today his own super-funny-sad-love story: Grease Stains, Kismet and Maternal Wisdom.

It's an excellent read and it's only $3.95 from Brownpaper Publishing. Whoa. Check out Mel reading from his new book below.

Mel tackles a few questions and gives a preview of the Celtics upcoming season:

Is this a love story?

Good question. Maybe it is. Maybe it's not. Maybe it's about the thrill of the unknown, the danger of the new. Or, yeah. It's a love story.

After The Cats Razzed The Chickens I expected more absurd. Or was that notion absurd? I like the part where David pops his eye out.–Or did you purposefully play down the absurd?

Absurd comes and goes. It has a mind of it's own, at least in my mind. And your notion isn't absurd. But there's a good amount of absurd in Grease Stains, no? Did I play down the absurdity? Was Razzed really more absurd than Grease? Hm. To be totally honest, Josh, and I hope I don't sound like a turd saying this, Grease Stains pretty much wrote itself. I was just the tool. I am a ginormous tool. I really got out of my own way on this one. Words flew out of my hands and they stayed where they landed. Is there absurdness? Absurdity? Is it played down? It's there, doing its thing in its own way. In the end, I suppose the words and the absurdness, played down or otherwise, were simply trying to get as close to the characters as they could. Because it's all about them. And their sometimes absurdness and the absurdity around them. Absurd.

Have you grown as a writer since “the cats” or have you only grown additional facial hair?

Nice. Actually, I'm operating out of order these days. Grease Stains was written years before any of the material for Razzed. My next book will be a 400 page treatise on Relativity that I wrote when I was 20. I think I'm regressing as a writer, which isn't necessarily a bad thing. Picasso said it took him years to learn how to paint like a child, so maybe by the time I'm 50 I'll have a bestseller called “I Love Blanket.” In the meantime you'll have to settle for “Freight,” which is slated to drop in May, 2011 from Folded Word Press. I wrote that this past winter when my beard was crazy gnarly.

This kind of sounds like a chance meeting between the characters. I like how you jumped right in there. Not sure what the question is, just that I liked that.

Thank you, sir. And yes, it is more or less a chance meeting. But it's elongated to explore the moment. Think of it as the fantasy you might have when you see a beautiful person. You fall in love with them, you play with them, you have sex with them on someone's lawn, and then they're gone. And did you ever really know them? Maybe. For a moment, that moment their eyes locked on yours.

I think either is fair to say, but in this particular instance, yes, it's more about the awkwardness of starting a romantic relationship. But yes again, that awkwardness does cross over into any new relationship. People are weird, man. We're weird. You, Josh, are weird. And pretty awesome.

Since you mentioned the Celtics, how will Shaq affect the Celtics? Are you now inspired to write a sequel to Kazam? If so, let me encourage you in that endeavor.

Consider it done. Kazam The Return will be penned by me. And Shaq, despite his ancientness, will be a tremendous help to the Celtics. We had one legit center last year: Perkins. And Perk is a beast, for sure, but when dude gets hurt, dude gets HURT. Finals game 7 against the Lakers, Celts up 13 in the second half, Perk on bench looking nice in suit….Dammit. They had it, Josh. They had it. And they blew it. Had Perk been on the floor, probably a different outcome. But the Celts got the lead without him. They just couldn't hang on. What was the question? Shaq will be great. He's got 6 fouls to give and a huge body to clog up the lane and protect the basket. And he loathes Kobe. If he can give us even 10-12 productive minutes off the bench I'll be happy. We'll see what the new season brings.