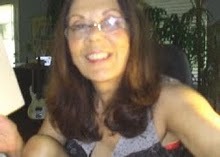 A couple waves on the Internet yesterday about a crazy author meltdown over a negative review, first brought to attention (I think) by Roxane Gay at HTML Giant and quickly followed by Salon and probably others and now me, I guess.

The issue at hand: a self-published Kindle author vehemently denying the contentions in a review of her book. Something about a Greek guy. Something about seaman. All of this at a site called BigAl's Books and Pals, which is now potentially my new fav website.

The author, Jacqueline Howett, goes crazy when the reviewer (Big Al, I guess) starts lamenting her grammar and sentence construction. She may or may not have been smoking or discussing tiger blood. Of course, Howett responds in the most hilarious way.

I'll also point out that in the first two chapters alone I found in excess of twenty errors that ideally would have been caught in editing and proofing. Some were minor, but all have the potential of disrupting an enjoyable reading experience, depending on the specific reader and their sensitivity to such things.

Here are a couple sample sentences from the first two chapters that gave me pause and are representative of what I found difficult while reading.

“She carried her stocky build carefully back down the stairs.”

“Don and Katy watched hypnotically Gino place more coffees out at another table with supreme balance.”

I understand what both are probably saying. I do question the sentence construction.

My writing is just fine!….This is not only discusting (sic) and unprofessional on your part, but you really don't fool me AL. Who are you any way? Really who are you?What do we know about you? You never downloaded another copy you liar! You never ever returned to me an e-mail (sic) Besides if you want to throw crap at authors you should first ask their permission if they want it stuck up on the internet via e-mail. That debate is high among authors. Your the target not me! (sic) Now get this review off here!

Obviously Ms. Howett's response isn't appropriate in polite society, just on daytime talk shows. But there's no question it seems to work if you want to draw attention to your book or have your top-rated TV show cancelled. I wouldn't have found this review if Roxane wouldn't have posted it to a pretty popular indie lit blog. In her advice, she tells authors never, ever to do this. Except in this case, when your book gets all kinds of attention. That Salon posted something about will boost its profile anymore. Ms. Howett is gaining traction due to her crazy attitude and her poor grammar.

So Ms. Howett, maybe you should reconsider your demand to get the review off of there. BigAl and his pals are probably seeing some good traffic. And I'm guessing your book is getting the attention you think it deserves. Maybe you are the real genius here. And duh, winning, no matter what the negative reviews say. Just like Two and Half Men.