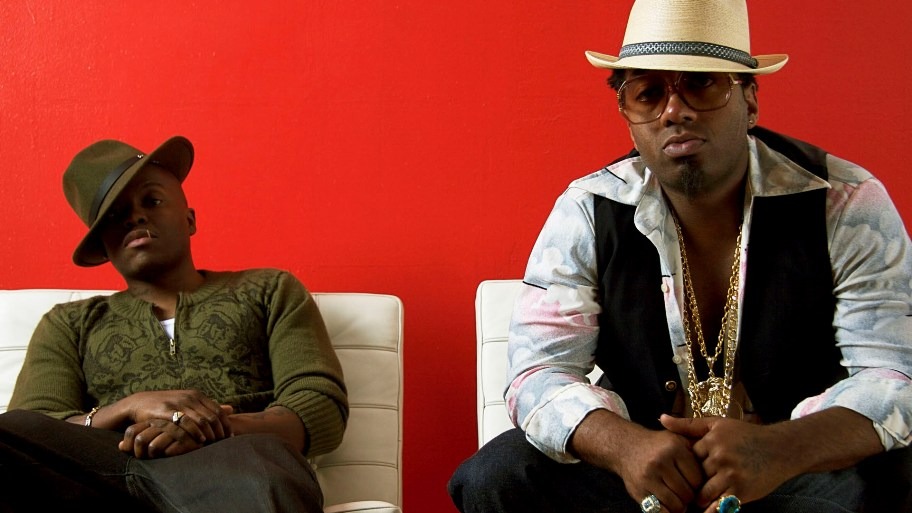 The hip-hop world spent this week taking in and debating the merits of Magna Carta Holy Grail — late-career revival or soulless victory lap? While that storm raged, plenty of other notable stuff happened. We had a return from underground luminaries Camp Lo, a Def Jam tribute from Crooked I, a wild night out with Jean Grae, and some philosophy from IamSu! Below, the lines of the week:

5. “Hop your corset out the Corvette/Walk on the water 'til a wave and then you soaking wet” — Geechi Suede, 'Megan Good' lyrics
Despite misspelling the actress' name in the title, “Megan Good” is a banging return to form for longtime rap weirdos Camp Lo. Geechi makes the “corset”/”Corvette” rhyme so obvious that we were stunned it hadn't been used before.

4. “Dress style regular, smile that beckoned ya/Kicked it like you Posh Spice and David Beckham bend ya” — Jean Grae, 'Setup' lyrics
This song, while recorded years ago and previously appearing on Jean's Dust Ruffle album, was newly re-released this week on DJ Preservation's Old Numbers LP. For all that, this conflation of the soccer legend's playing style and love life is as clever and fresh as ever.

3. “I run these emcees like Master J/Don't get it backwards like Paul Revere — rest in peace, MCA” — Crooked I, 'Slaughter Session' lyrics
Crooked pays tribute to the early Rush Management days with this wordplay-filled (“run these emcees” = “Run-DMC”) rhyme. Extra points for the nod to “Paul Revere”'s famous beat.

2. “Homies be changing a lot/Rappers still remain in a box” — IamSu!, 'Designer' lyrics
Compared to some of the denser examples on the list this week, this entry seems rather simple. But its directness is what resonates. The contrast between actual peoples' complicated lives and the simple, one-dimensional world of so much of the art they interact with is cavernous.

1. “Come through with the 'Ye mask on/Spray everything like SAMO/I won't scratch the Lambo” — Jay-Z, 'Picasso Baby' lyrics
Hov manages, as ever, to encapsulate so much in just a few lines. The “'Ye mask” refers to the crazy face coverings Yeezy recently wore in Atlantic City. But it's the dual meaning of “spray,” the nod to Basquiat's early graffiti work (with Al Diaz) as SAMO, and the effortless cool with which he conducts the whole operation that wins him the top slot this week.