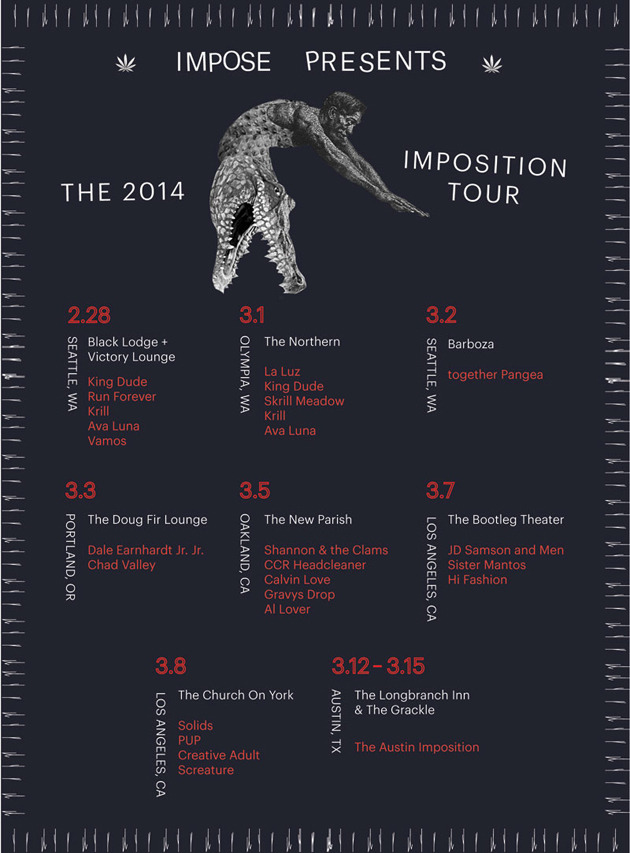 Winter in the Northeast has a way of messing with your brain. Cabin fever sets in, and the itch to leave spreads from mosquito-bite-sized irritation to a full-blown rash. Sure, SxSW is on the horizon, but who has the patience to wait until mid-March? Certainly not us. So we're heading out a couple weeks early to visit the puff-puff-pioneering town of Seattle before driving down the other coast to Austin.

Last year we traveled through the heartland, and the trip down the east coast is old habit. 2014 will see us at shows in Seattle, Olympia, Portland, San Francisco, Oakland, Los Angeles, and Phoenix, including four that we're presenting. We strongly suggest you come out, say hello, and enjoy the smokier, sunnier weather. If that's not an excuse to get out of the house, we don't know what is.

12–15 The Austin Impostion at The Longbranch Inn & The Grackle
with: artists to be announced