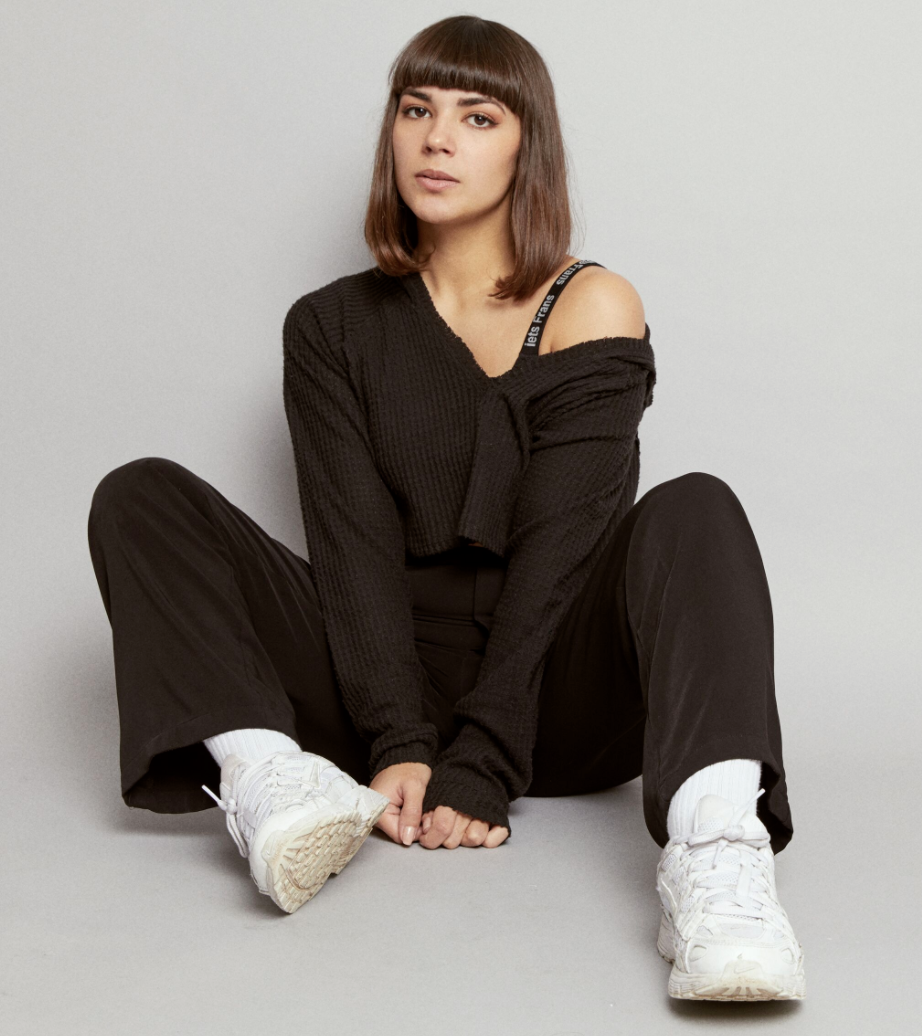 A prolific new artist that we’ve been following since she first pricked our ears in 2019 with ‘Worst Way’ – The dark, RnB-tinged pop enigma Ayelle returns with her biggest project to date.

In a short space of time, she’s rose to a more than favourable position on the music industry spectrum. Support from Complex, COLORS, Notion and Billboard was just the start – Her story really kicked on when Spotify began supporting her releases heavily worldwide, resulting in 26 New Music Friday spots, as well as a feature on Spotify CEO Daniel Ek’s very own discovery playlist.

The new project ‘Nomad’  features collaborations with friend Rationale, as well as production cuts from Stavros, Lucas Nord & The Elements. It’s a release that ebbs and flows between sultry RnB cuts and glistening alt-pop production. On the new project, Ayelle states:

‘NOMAD’ “is a collection of songs written over the past two years whilst I’ve been traveling almost every 2-3 weeks to places like London, New York, Los Angeles, Texas, Valencia, Barcelona, Bali, Cambodia, Vietnam, Stockholm, and Amsterdam to name a few. Throughout my life, I’ve never felt fully rooted anywhere. I grew up in Sweden and Spain, I’m half Iranian, I lived in London for 7 years and my family is spread across the globe. On my dad’s side, my family comes from a nomadic tribe called ‘Qashqai’ and this resonates with me a lot as I can never seem to stay in one place for too long. Every song on this mixtape represents a part of that journey and something I’ve learnt about myself, or something I’m still trying to figure out.”

“Cumbiagaze” & Beyond: Q&A with Tambino
Impose Main
Tall Children – Why Should I Care
Tweets by @IMPOSEMAGAZINE
[instagram-feed num=6 showfollow=false]