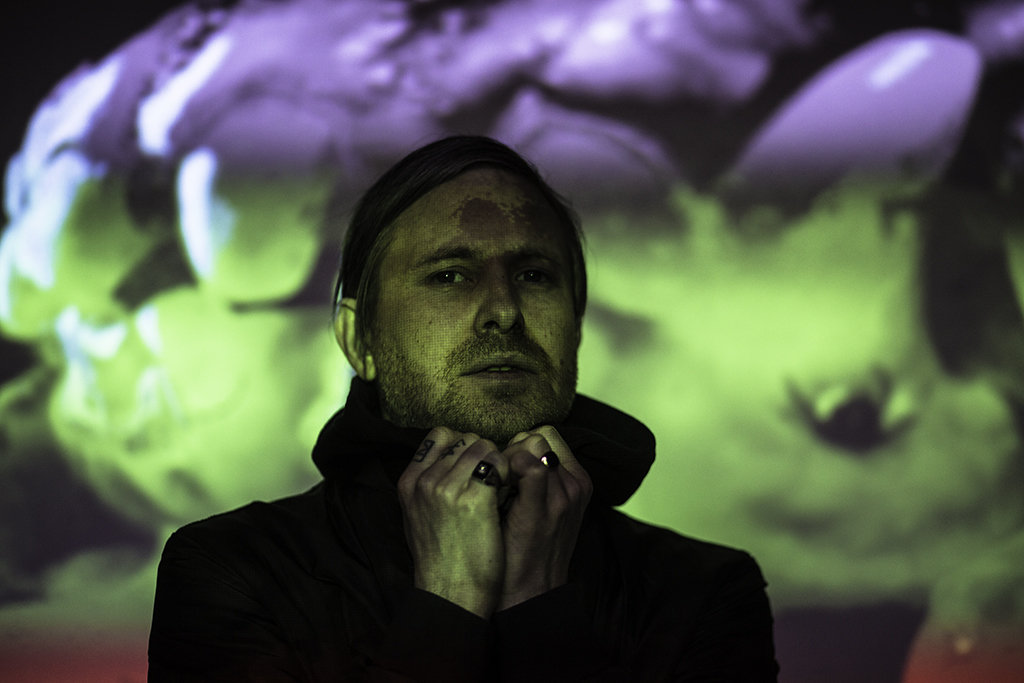 When listening to Blanck Mass, I frequently wish that I lived in a reality where he was producing for the world’s biggest pop stars. He thrives on creating big-budget-sounding pop melodies on top of pummeling dance rhythms. He knows how to create a moment, and when he sprawls his vision across longer, seven-to-eight minute tracks, you can guarantee there will be many, many moments worth studying.

Catching him live is also an experience of moments. I had the chance to see him in Los Angeles after he released 2017’s World Eater, and from flying across the PA system, to shrieking into the mic, to making me wince in pain as huge melodies stabbed my eardrums, it was clear that I – and my ears – would not be the same afterwards.

His sprawling new track “House Vs. House” opens on a terrifying, staticky shriek before coalescing around stabbing chopped-vocal patterns. Recalling the haunted, processed vocal style of The Knife as well as the neon-streaked synth leads of Tiësto, “House Vs. House” showcases Blanck Mass’s patient approach to capturing expansive sonic euphoria. As with much of his music, there’s an underlying, uncanny feeling of beautiful, emphatic violence; an ecstasy of red, and EDM in his form and vision. And with the announcement of his new album Animated Violence Mild, we can most likely expect more songs that capture this seemingly impossible and conflicting blend of feelings, styles, and even moments. It comes out on August 16 via Sacred Bones. You can pre-order it HERE, and listen to the show-stopping “House Vs. House” below.