Curren$y is the rapper of the year 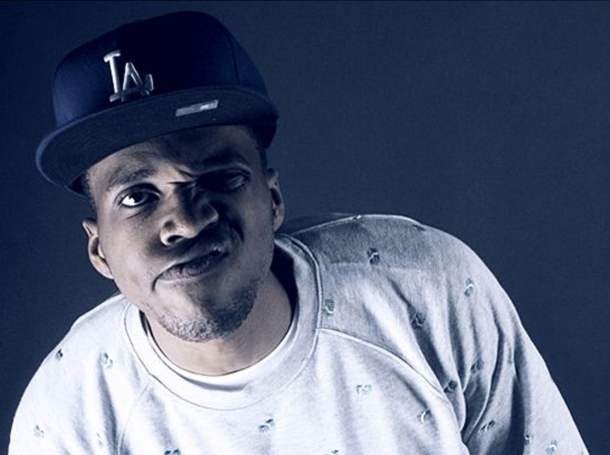 When Curren$y graced my radar as a rapper to watch in 2010, I never thought I'd be defending him as the unsung rap hero of the year. In fact, amidst the melee of stellar rap releases in July I dubbed Pilot Talk on par with the Big Boi record in production, but too smoked-out and lyrically sleepy to compete.

Lately, I'm of the opinion that the hustle to be the first to review a record is a poison to credibility. In August I considered Pilot Talk an uneven flirtation with greatness. As the months rolled over, I fell out of love with Sir Luscious and Black Milk's Album Of The Year entirely, joined the Kanye bandwagon of G.O.O.D. Friday consumption and championed a slew of talented rookies like Kendrick Lamar and the Odd Future crew. Through it all, Pilot Talk maintained steady spin, as songs like "Audio Dope II" and "Breakfast" sunk in and I caught myself mouthing karate sounds each time Curren$y capped off his no-frills, no-chorus-required verse on "Breakfast" with "Daniel son, crane kick." Pitchfork writer Tom Breihan's review gave Pilot Talk the gold star of approval and called it "a perfect listen for mid-summer, when breathing in the humid air is almost enough to get you high." I want to remain in agreement with him, but after Breihan's review hinted at a potential superiority in Pilot Talk II this week, I'm of the opinion that either editorial politics have interfered or perhaps we as critics are too hasty in publishing our opinions of rap.

Maybe I'm alone on this, but giving a high profile album a perfect score on the day of its release wreaks of desperation for relevancy and a quick fix to make quota and keep the lights on. A week later and a week after its release, Curren$y's Pilot Talk II was lauded for its further exploration into a sound that earned Pilot Talk a Best New Music stamp. Twice Breihan referred to Curren$y and Ski Beatz' efforts on PTII as "perfect", yet the record was given .02 lower mark than the original and no BNM stamp. I do not consider this slight the fault of the writer, in fact in both reviews he's impeccable in his description of the music, a valued aspect of criticism that was painfully absent from the Kanye review. Breihan is correct, Curren$y has "perfected his amiable everydude stoner persona" and "finds artful, sidelong ways of approaching this stuff (weed, girls, cars, money)– punchlines that can read awkwardly on paper but sound amazing the way he delivers them." With all of this perfection manifested and properly accounted for in observation, how can his record miss the BNM mark?

When I first made the connections, I penned a rabble rousing grumble that went something like, "I get it, the "black music" quota for the month, possibly next two years, was filled and if Pitchfork were to give two Best New Music stamps to Curren$y in one year how could they reason honoring Kanye as Man Of The Year? Imagine the fits he'd throw. He'd probably claim his G.O.O.D. Music songs should be reviewed as his second album, to be rated at a 10.1." But that's not the really the issue here.

After a few relaxing days of playing the Pilot Talk companions back to back, I've made three conclusions.

First: Breihan helped me further understand a Curren$y skill set I'd yet to pin point. Curren$y appreciates the smaller things and in that attention to detail, his bars can seem insipid, but with a little bit of patience and repetition, his fascination with nuance is his greatest strength, which is counteractive to our predilection for rapid consumption.

Second: it's time I let records age before reviewing them. At this juncture, with rappers releasing ever more regular content, it feels more responsible.  If you're a critic, maybe you should too.

Third: People who listen to Curren$y, attend his shows, download his mixtapes and recognize the weed strains he mentions from first hand experience don't read Pitchfork. There's a good chance I'm the only person who spent this week frustrated, once again, with the politics of the BNM stamp. Why bother with it? The Source gave Jay-Z's Reasonable Doubt four out of five mics, crucifying Jay-Z for his "almost religious disrespect for women" (but hey, it was the '90s, right?), then reneged its rating to declare it a classic post-2002. The Kanye rating has reached its high water mark and is rolling back on itself. Will it be remembered as an outright triumph or will it plummet into obscurity once we stop trusting a record that's "great because it thinks it is". Let us let the days roll into months and take the occasional look back to determine whose record truly carries the weight of a classic.