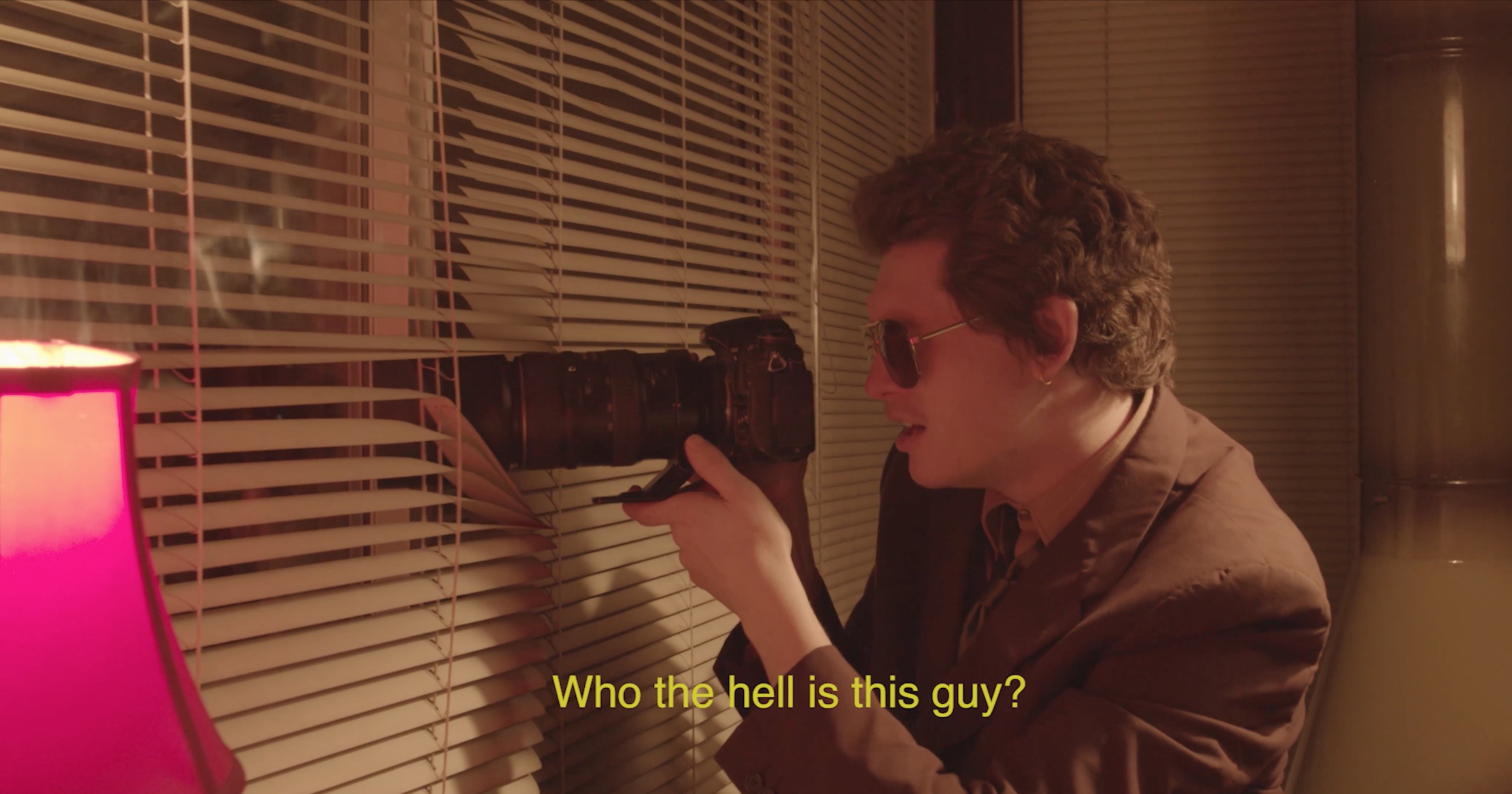 Gary Canino, the Brooklyn artist who crafts folk-pop under the moniker Dark Tea, has his self-titled sophomore album arriving on April 30 via Fire Talk Records. He’s now shared his newest single off the record, a smoky, simmering number called “Deanna,” along with a music video inspired by L.A.-set film noir classics.

“Deanna” is a swooning, rambling juggernaut of a track that shines with propulsive acoustic guitars, beautiful vocal harmonies, and stunning instrumental arrangements – including a haunting piano interlude. The video, meanwhile, was co-directed by Canino and Nick Rattigan of Current Joys and Surf Curse. It takes on the visual palette of a haunting L.A.-set crime drama, complete with shadowy lighting, garish costumes, and plenty of mystery.

“For the video, we wanted to create a complete work of fiction. My co-director Nick Rattigan and I were inspired by L.A. noir and the concept that Los Angeles itself is the dark heart of crime writing and film. For us, nothing really tops Michael Mann’s Heat or William Friedkin’s To Live and Die in LA. We shot the film in one smoggy Los Angeles night with bandmates, Jacob Rubeck and Noah Kohll,” Canino shared.

“Deanna” is another brilliant Dark Tea single that makes us even more excited for the album to drop. You can pre-order it HERE, and watch the video for “Deanna” below.