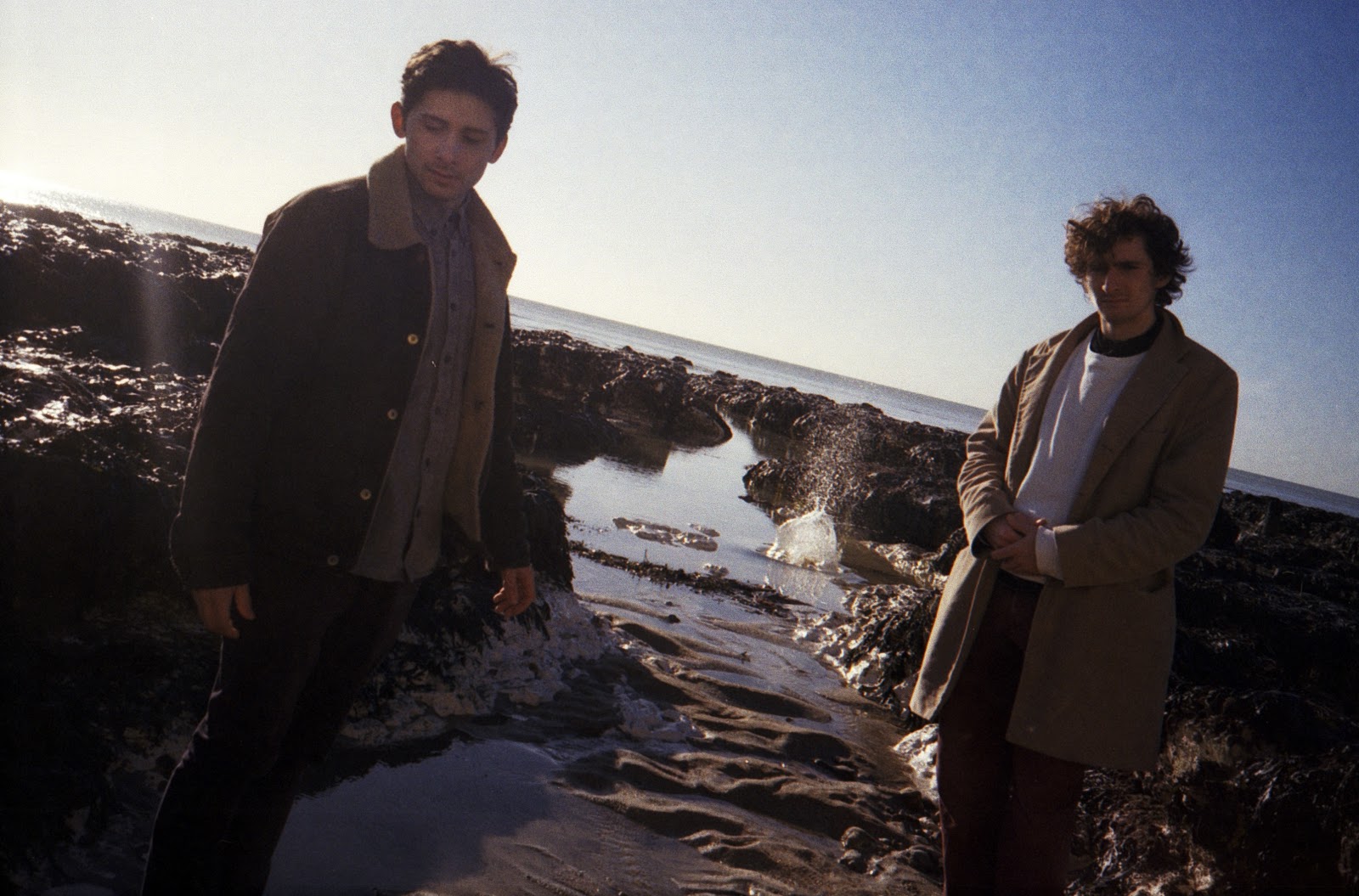 Febueder is an Ascot, England based avant-pop group consisting of lead vocalist and multi-instrumentalist Kieran Godfrey and percussionist Samuel Keysell. The two have been crafting introspective tunes since 2013, and their new song “Reseau” finds the two deep in intimate contemplation.

“Highlighting the consequences of our actions via our music is a gift that can lead to more expansive and enduring change,” the two say of their new single, which serves as a call for environmental awareness the band sees as vital given the current climate.

“Just when I grow so wasteful, I can’t say I’m ungrateful,” Godfrey sings.  “We’re not perfect, but aim to keep biocentrism as a pillar for positive change” – certainly a commendable credence for times that require it.

“Reseau” arrives with a lush black and white video clip following a protagonist carrying a small piano to an overcast beachside, and carrying tree limbs out to sea. Handheld fireworks punctuate the intimacy of the song, built around a ukulele melody and clever and sparse rhythmic and symphonic flourishes. The two will be releasing their long awaited debut album Tomalin Has Etched In on April 24th 2020. In the meantime, enjoy “Reseau” below.