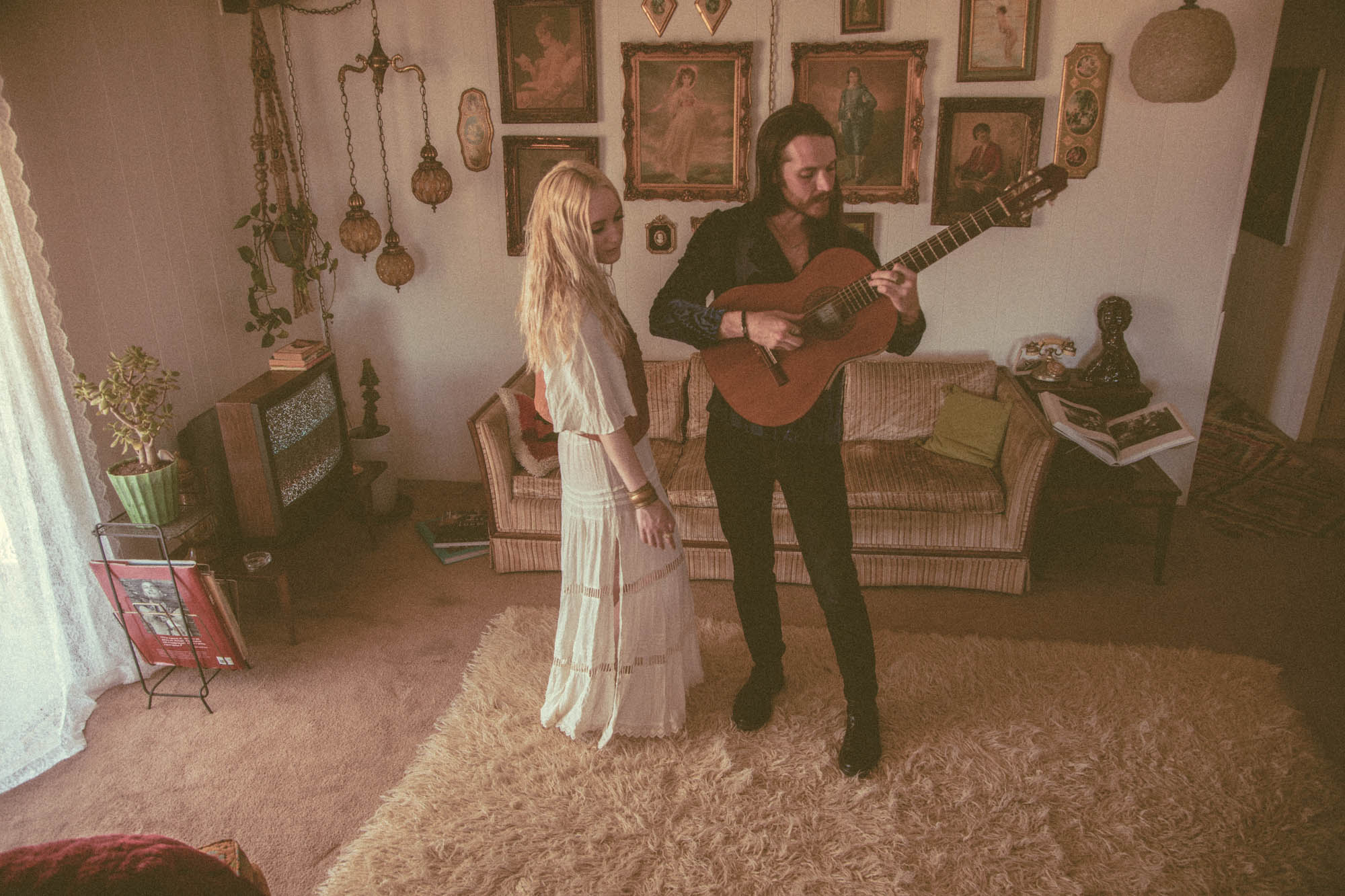 Iowa based duo Field Division have recently dropped a new single titled “Black Velvet Skies.” This is the first follow up to their hugely ambitious debut LP Dark Dreams Matter. The duo, consisting of Evelyn Taylor and Nicholas Frampton, have been pumping out must listen dream-folk tracks since 2014, and everyone adding them to at least one of your heavy rotation playlists.

After finding initial success in haunting and atmospheric dream folk with tremendous tracks like “Hollow Body Weather” (I had it on repeat when I first discovered it), the band has moved toward more a rock driven sound, at times echoing The War On Drugs while at other times finding inspiration in the Laurel Canyon scene.

But with “Black Velvet Skies” it seems the duo have found their groove. Implementing a driving bass drum, a groovy bass line, and an interplaying sharp guitar, you might find yourself compelled to get up and start shaking your hips. But most importantly their trademark dynamics, with rising spiritual crescendos, remains in tact. This time they reach a psychedelic climax that will make you want to turn it up, fade into the music, and transcend the world for a moment. The song must be a blast to play, but more importantly, it’s a pleasure to listen, even while contemplating Taylor’s longing question in the lyrics: “Why is it a radical view to live in peace?”