King Tuff rises from the dead 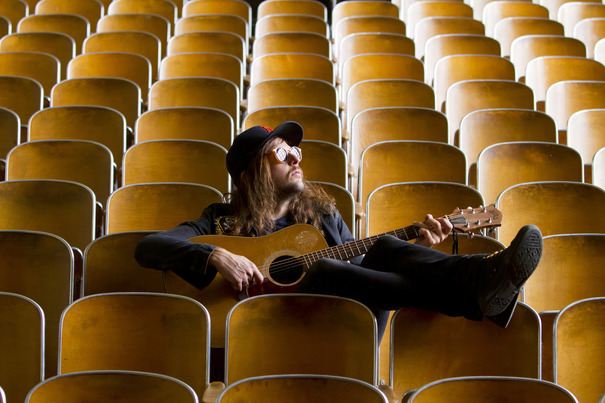 With every record since Mozart's Fifth getting a slick reissue and vinyl box set deal these days, it's no surprise that reissue exhaustion is beginning to swirl. Why reissue a record that came out two weeks ago? Do we really need the entire Sesame Street song collection on double flexi-discs with cassette audio commentary? Probably not. Collectively supported, however, is the phenomenal reissue of King Tuff's Was Dead, a standout for the Burger Records lineup that seemed to pass by undetected until it was discovered that a huge following had grown behind it, and the reissue game was back on. We had a chance to talk to King Tuff about the rerelease of Was Dead right before he announced a tour with Wavves and Jacuzzi Boys in the near future. Catch our conversation with the garage-psych spinner below, then let the reissue game pick up a little more steam by catching the man on his listed US tour dates.

The big question: Why re-release Was Dead?
Why not? I've got nothing better to do! Also it has a good record cover so I want people to stare at it and get nauseous for fun.

What was going on in your life when you made that record?
Not much of anything at all, just working in a thrift store and making art and drinking coffee. Living in Vermont, easy livin', staring at the trees, climbing on the mountain, lookin at the girlies, sleepin on a couch, collecting junk, laughing with my friends, you know, the usual.

How much had changed since then, from how you've changed as a person, how your goals have changed, to how the sound you're trying to make has changed?
I'm still the same in a lot of ways. I guess I know how to be an adult a tiny bit better now, which is kind of annoying. But I still have the same Rock n Roll dreams and I still just want to play loud and have my mind blown by anything and everything.

What's next for King Tuff?
I'm excited to write new songs and get back into the studio. I'm excited to experiment and make something magic to listen to.

And lastly . . . What's the coolest picture you can make with just your keypad?
<|:?) a smiling witch