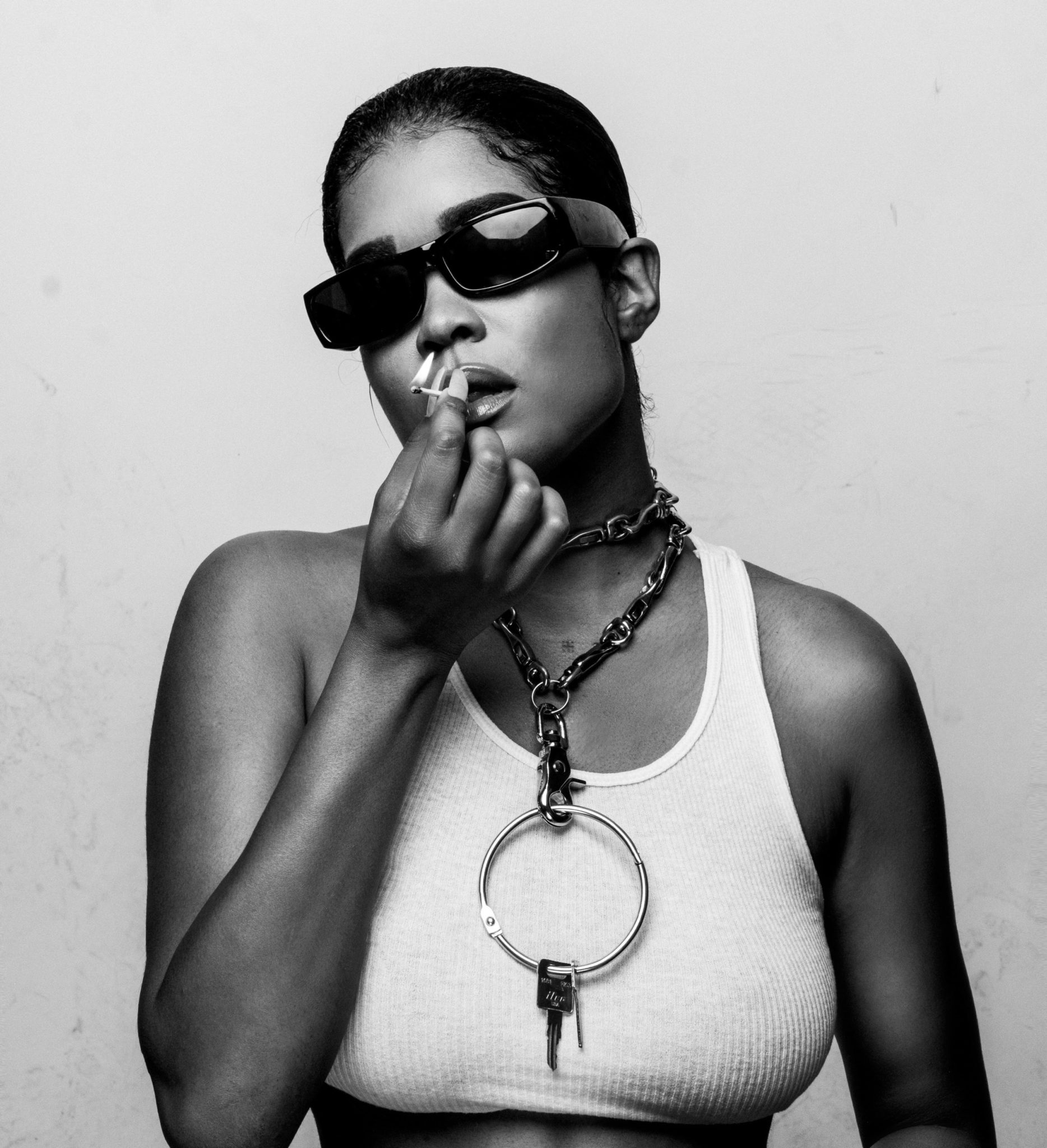 LUVK is a rising artist from Los Angeles who crafts a spirited fusion of R&B, trap and rock n’ roll. We were big fans of her recent single “Dead Wrong” (and its neat snowy mountain-set music vid), which featured a swirl of stuttery hi-hats, simmering rock guitars, and swooning vocals. Now she’s riding high with another glorious new single, the searingly emotional ballad “Chopped.”

Flowing, warbling synths and propulsive beats form the buoyant tapestry upon which LUVK’s soothing vocals float effortlessly. Her voice hits stratospheric peaks as the production ebbs and flows in hypnotic ways, allowing the intense emotions to funnel through each note and verse. “Chopped” portrays LUVK coming to terms with a downward-spiraling relationship, and the full range of feelings that she’s endured throughout that. It’s another bold, impactful slice of R&B-fusion from the up-and-coming musician.

“Chopped” was crafted with her longtime producer Vanessa Michaels; the two of them plus LUVK’s sister Raven make up The Bop Crew, who altogether created LUVK’s forthcoming debut LP It Wasn’t Luck. That album drops in late April. Until then, give “Chopped” a spin below.