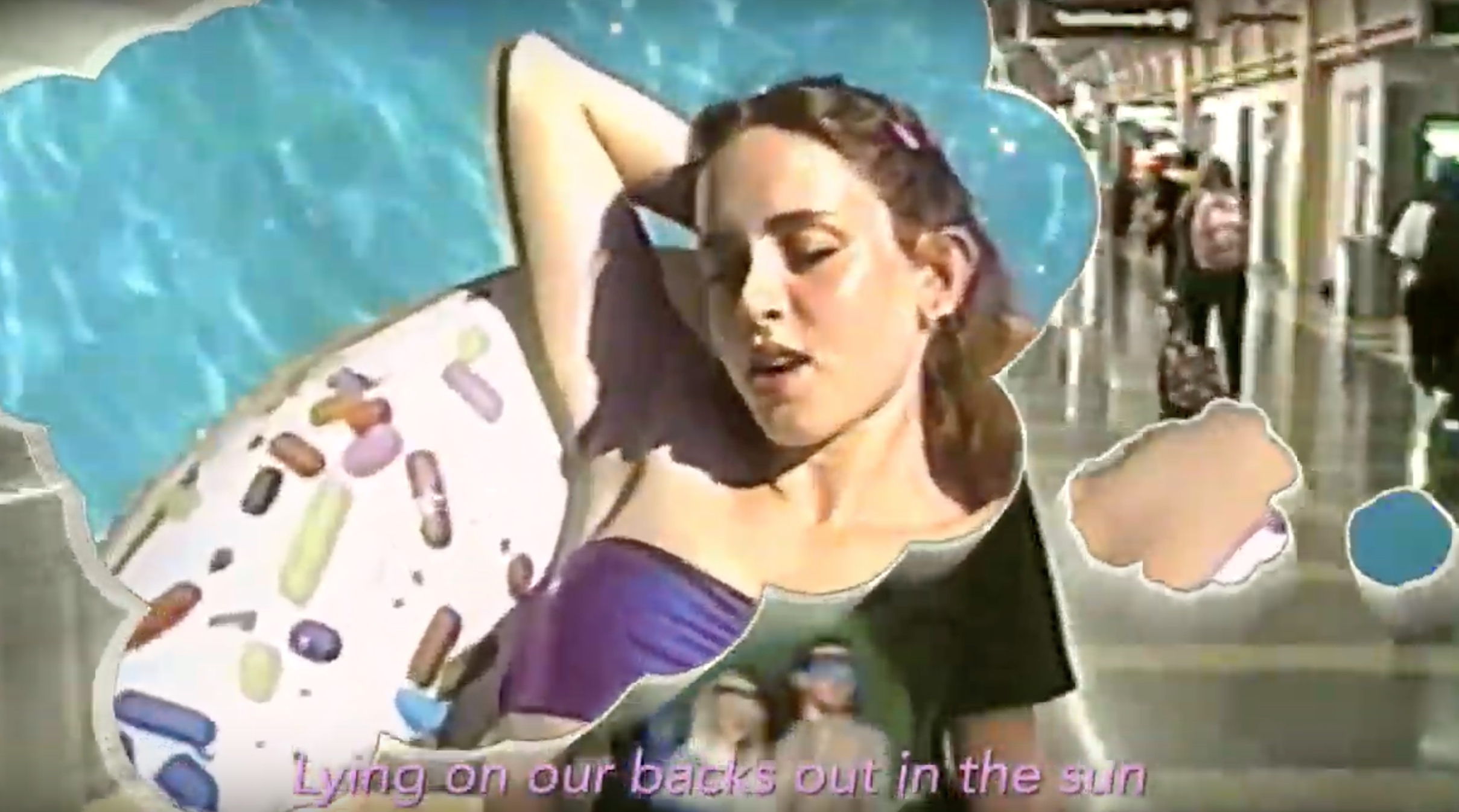 We’ve been massive fans of rising L.A. pop duo Magdalena Bay for a while now. Their recently-released EP A Little Rhythm and a Wicked Feeling is an absolute blast from start-to-finish, and the band has become masters of the DIY music video game. Even in these quarantined times, we can rely on MagBae to consistently provide us with their self-produced shoestring-budget music video gems. Today they’ve shared their latest clip, a crafty lyric vid for EP single “Story.”

Before COVID-19 hit, the band was in the middle of a tour with Yumi Zouma, and had originally planned to release a tour video for “Story.” With those performances scrapped, Mica Tenenbaum and Matthew Lewin re-routed to their hometown of Miami to self-isolate, and promptly shifted creative gears on the video. Instead, we now get a vivid and wistful “Quarantine Video,” featuring shots of the two of them waiting around in the airport in face masks, daydreaming of poolside chillaxing and other sunny activities. It’s got all the hallmarks of a classic Magdalena Bay video, complete with self-shot footage, eye-popping colors and filters, split-screens, and lyrics flashing through in frenetic fashion.

Also, Magdalena Bay are already plotting their next genius DIY clip; they’re asking fans to send in videos of them singing the lyrics to Wicked Feeling highlight “Stop & Go.” Obviously we’ll share that when it drops. Until then, watch “Story” below.