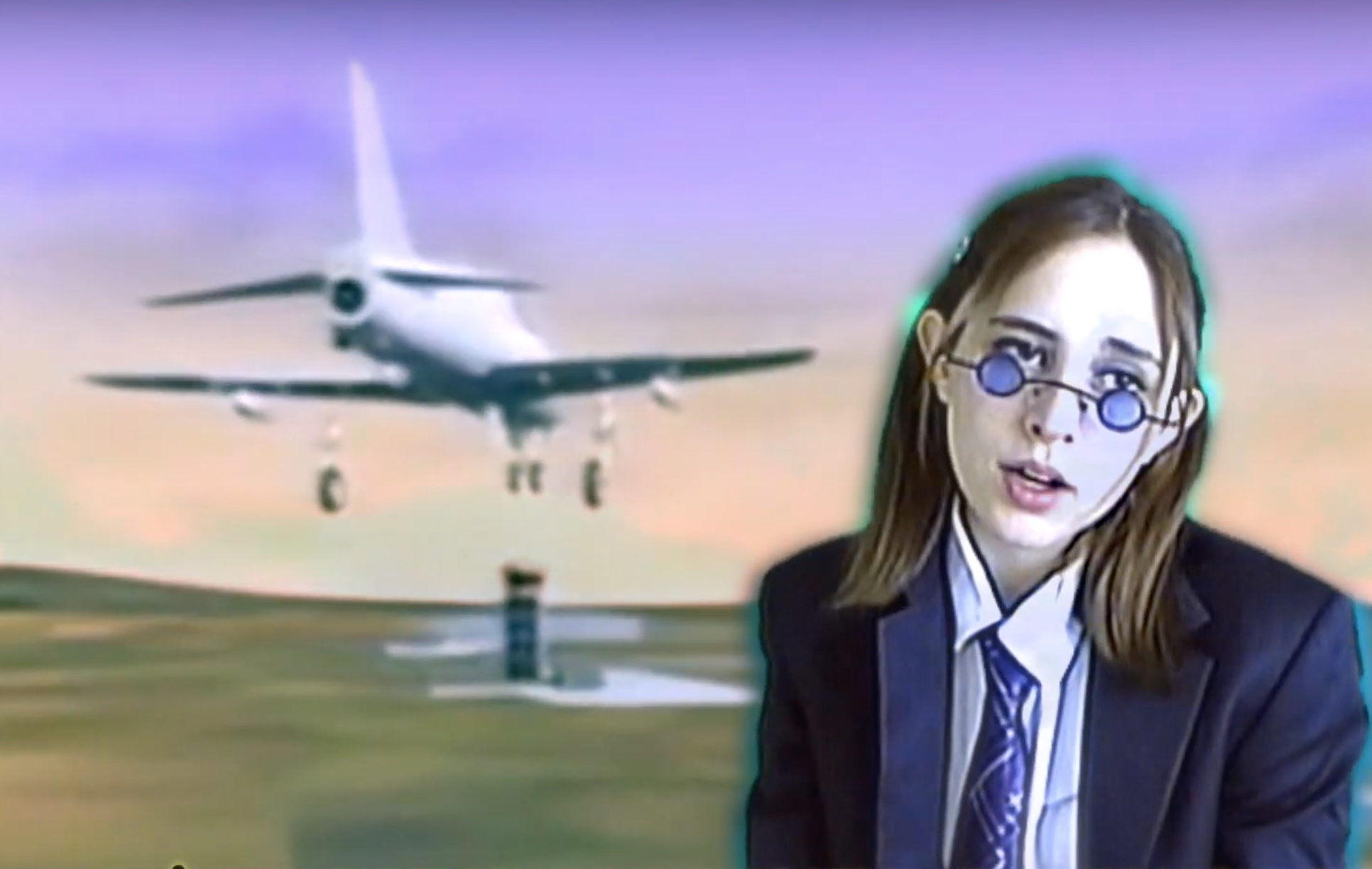 Music video filmmaking has traditionally been a high-budget, star-studded industry. Following the original ‘80s MTV boom, music videos hit a cultural peak in the ‘90s. Clips by future chart-toppers were being doused with movie-level budgets, and directed by an endless pipeline of future Hollywood heavyweights that included the likes of David Fincher and Jonathan Glazer. With music sales at an all-time high, a video was seen as the single most important selling tool for an artist’s music. For the shot of getting your video in MTV’s rotation, it was worth every penny.

Even back then though, amidst all the visual gluttony and glamor, there were still a few relatively low-budget diamonds in the rough. Towards the end of the decade, Fatboy Slim’s video for “Praise You” set the bar for DIY concepts in music videos. The silly flashmob that breaks out in front of a Westwood movie theater captured just the right amount of low stakes charm, and that song would become iconic because of its video. But despite its very DIY concept, the video’s production was hardly a DIY affair. Fatboy Slim was the biggest name in electronic music at the time, and he had a full creative team backing him. And to top it off, the video was directed by and starred none other than future Oscar winner Spike Jonze. As fun as some of these supposed “shoestring” clips were, there was still a corporate MTV backing to most of it. Even The White Stripes’ legendary “Fell In Love With A Girl” LEGO video was the brain-child of auteur Michel Gondry. As inventive and scrappy as that video’s concept was, it was actually quite expensive and very time-consuming to create. Go back to one of the very first music videos ever made: Bob Dylan’s sign-wielding “Subterranean Homesick Blues.” Grounded, simple, and charming? Sure, but it was still made by one of the most famous musicians in history, and at the height of his notoriety. For the longest time, music video filmmaking was an elitist endeavor.

But if video killed the radio star, then internet most definitely killed the video star. When YouTube became a thing, the floodgates for videos by indie artists and produced on indie budgets finally opened up. MTV – in the midst of a glacial re-branding process into the reality TV realm – was no longer the tastemaker of all things music or music video-related. If you were an up-and-coming musician, you no longer needed a tight industry connection or a Hollywood-style production to get your video seen by the masses. An independent power-pop band like OK GO! could rack up a billion views on the viral strength of a treadmill dance sequence. Throw in technological advances in camera phones and the like, and you’ve got a booming outlet for artists cutting their teeth in local indie scenes. YouTube helped to slightly level the playing field. Music video filmmaking reached its Wild West period, and it continues today.

Truth be told, the cost of a music video does not and has never mattered. Sure, you’ve still got artists like Taylor Swift and Migos shelling out millions of bucks on each new gaudy visual extravaganza, and that works too. But in reality, you don’t need explosions, elaborate art direction, or a cameo from a famous actor. Where there’s a will there’s a way, and the simplest aim of a video is to capture the essence of the song. If you can do that, then as an artist you’re opening yourself up to a whole new facet of your music – an image-defining aesthetic.

One artist that comes to mind is (Sandy) Alex G. At the age of 27 and with eight albums under his belt already, the prolific Philadelphia journeyman has consistently risen through the musical rungs, culminating in a rabid cult following, critically-beloved albums like DSU and House of Sugar, and dynamic collaborations with Frank Ocean on his classic LPs Endless and Blond. Over the course of his career he’s released dozens of micro-budget videos, and continues to do so despite having more than enough money and backing to try for something with a bit higher production value. And yet, that gritty, intimate visual palette lends itself perfectly to Alex G’s poignant homegrown style of songwriting and performing. From the wondrous marionette puppet dancing in “Hope,” to the amateur monster truck rally footage in “Gretel,” or the rainy, meditative nature hike in “Mud,” or the rough doodle animations in “Southern Sky,” there’s a persistent home video nature to his visuals. Even though he rarely appear in his videos, it still feels like we’re gazing into parts of his soul. Watching Alex G’s videos is a moving experience especially befitting the confessional aspects of his songwriting. You love to see an artist that wields that kind of identity.

There’s a lot of up-and-coming artists out there doing really crafty things with their music videos, but one act that I’ve been particularly captivated by is L.A.-by-way-of-Miami pop duo Magdalena Bay. Most importantly, their music is terrific. Singer Mica Tenenbaum and producer Matthew Lewin conjure a spirited, hyper-modern take on retro ‘90s electronic pop – picture Britney, Spice Girls, No Doubt and Madonna thrown in a blender with Grimes and Charli XCX. It’s longing, catchy, heart-on-your-sleeve stuff with a certain cloak of nostalgic dreaminess hovering over it all.

I first came upon them about a year ago when I watched three of their videos that all dropped around the same time: “Afternoon In Heaven,” “Turning Off The Rain” and “El Dorado.” All shared a consistent visual DNA – a certain no-budget digital pizzaz that cut straight to the heart of their sound. Dazzling text overlays, eye-popping colors, Windows 98-style animated effects, jittery editing techniques, frenetic green screen tricks, self-choreographed dance moves, dope fashion, and Tenenbaum’s dynamic screen presence are all staples of their visual look. “El Dorado” is about as sparse as it gets: Tenenbaum sings in a hula skirt in front of a beachy screensaver background. And it works so well. Their video catalogue is already very deep; in the past three years, they’ve released over two dozen self-directed clips that channel this longing, unabashed DIY aesthetic, each containing their own unique energy. One of my favorites is the flickering video for “The Girls,” which intercuts flower bed performance footage with Tenenbaum’s wistful childhood home movies. All across the board, there’s a playful, childlike charm to their videos that’s multiplied exponentially by the shoestring filmmaking behind them. It’s a fitting brand for Magdalena Bay, and it feels especially right considering their music feels so motivated by MTV’s pop golden age.

Lately the duo has been gearing up for the release of their new EP A Little Rhythm and a Wicked Feeling, and up until it’s release today we’d heard six of the eight tracks – all via classic Magdalena Bay-style videos. There’s the infectious, neon synth-streaked dance celebration “How To Get Physical,” whose starry-eyed video puts the duo’s dance moves front-and-center. In the video for the buoyant indie-pop jam “Venice,” Tenenbaum and Lewin daydream themselves into a wintery alternate universe during a scorching heatwave – lush colors and funky clothing abound. And then there’s the sexy and ominous video for their sultry Halloween single “Killshot,” which features some pretty bizarre shots, including one where Tenenbaum drinks honey straight from the bottle. Brand new tracks “Story” and “Stop & Go” meanwhile, feel right at home. We don’t have videos for those songs yet, but it’s a safe bet that we will eventually.

Their most recent clip is a lyric vid for their airy and dreamy piano-driven ballad “Airplane,” and it headlines our Highlight Reel playlist of the best music videos of the last month. Images of planes and other random frenzied computer graphics flutter across the screen with reckless abandon as Tenenbaum croons in a dapper suit and tie – yet another smashing visual triumph for Magdalena Bay. Sooner or later, they’re gonna explode in popularity, and a part of me hopes that they stick with this shoestring aesthetic that they’ve cultivated so perfectly. But then the other part of me gleefully wonders what they could do with a really big budget. I’m here for either scenario. A Little Rhythm and a Wicked Feeling is out today. You can listen to that record in full, and watch the video for “Airplane” and the rest of the Highlight Reel playlist below:

A Little Rhythm and a Wicked Feeling: