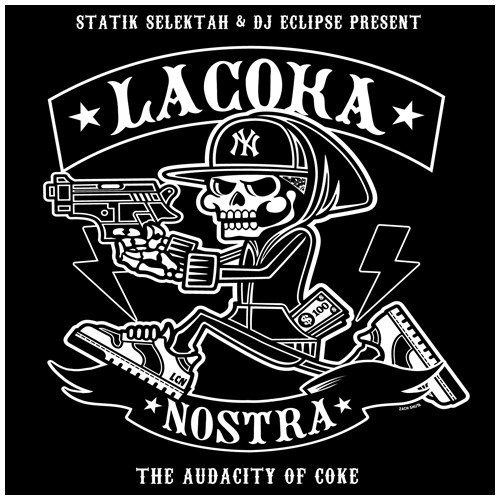 La Coka Nostra consists of Ill Bill, DJ Lethal, Danny Boy, Slaine and Everlast (remember him?). They have a new album coming out on July 14 called A Brand You Can Trust, and to promote it they released the hilariously titled The Audacity of Coke mixtape. It has some La Coka Nostra tracks that are advance album cuts, along with separate member songs that feature only one or two of the crew. What about the guests, you say? Do Snoop Dogg, DJ Muggs, Bun B, Vinnie Paz (from Jedi Mind Tricks), B-Real, U-God, Raekwon, and Crooked I please you? Yeah, this is a complete heater of a tape so do download it and play it at your son's sixth birthday party this weekend.

La Coka Nostra, “Goin Out in a Blaze” (Feat. Jaysaun of Special Teamz)

La Coka Nostra, “Choose Your Side” (Feat. Bun B)

Also, La Coka Nostra are on the Rock the Bells tour with Nas, The Roots, KRS One, RZA, Raekwon and many more.