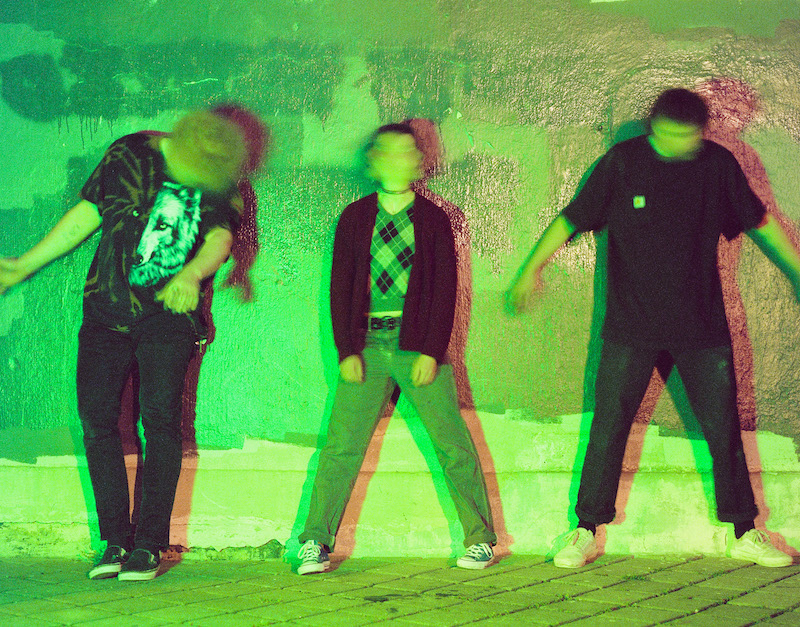 Back at the end of 2018, and worlds ago, we introduced you to NY-based artist Jake Harms who released the excellent AQUARIUM recording as HARMS. While that project has sunsetted, Harms has formed a songwriting partnership with Rae Haas to form MX LONELY. Joined by multi-instrumentalists Gabe Garman and Chris Curtin, MX Lonely is set to release the 7-track LP CADONIA out September 12th via Candlepin Records. We’re happy to highlight its new single, “Mr Lonely,” today.

The dark, moody track explodes with chainsaw guitars and haunting keys as Harms’ indomitable howl calls out from the void. “Mr Lonely” evokes the best of The Cure while MX LONELY blazes an heavier trail through a pitch black wood.

The band shares, “The song is about the death of Mr. Lonely, and the rebirth as Mx. The symbolism of nature plays a strong role throughout the album and is reflected in the cavernous production style. This song is a dream I had about my boss dying, much like Elvis, alone at home on his toilet of a heart attack. It’s about finding something mysterious and unexplainable in the woods and not being sure your friends will believe you. It’s about the beauty and sadness of back paths and sullen rock faces in Cold Spring, NY. Mr. Lonely is also about isolation, how in death we are truly alone and can no longer avoid the finality of this fact. Mx Lonely lives on after mister is gone – a paper crane hatched from a wooden egg in the yard behind my parents’ house. A 25 year dogwood and a green shed and a blue figure standing alone in the yard, faceless, watching you.”

Listen to “Mr Lonely” below and look for it here.