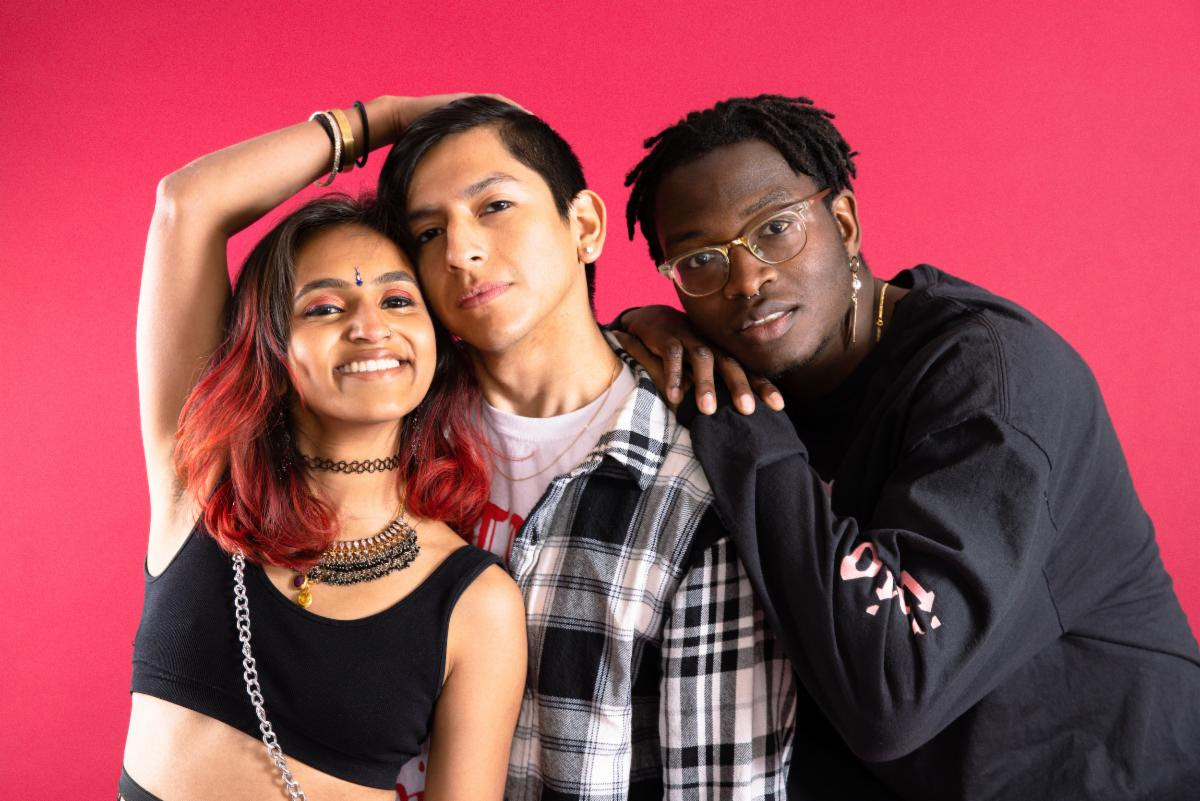 Today, the excellent rising Baltimore punk band Pinkshift returns with the ripping new single “i’m not crying, you’re crying,” which follows last month’s release of “nothing (in my head).” This latest track shows the trio once again nimbly toeing the line between Hot Topic-era punk rock, riot grrl and post-hardcore, executing a catchy rush of guitars and drums at breakneck speeds in order to conjure that raw, ragged emotional kick that they’ve become known for.

“‘crying’ is the one song on the record that I didn’t start with a particular direction, just raw and unfiltered emotion,” singer Ashrita Kumar shared. “As the first song on Love Me Forever, it kicks the record off with a panicked denial – an immediately attacking response to the question of ‘are you okay?’ – untrusting and doubtful of the intent and sincerity of that question.”

Pinkshift really hit another level with the release of last year’s Saccharine EP, and today they’ve announced the forthcoming arrival of their long-awaited debut LP – titled Love Me Forever – out October 21 via Hopeless Records. The twelve track album was recorded with Will Yip, known of course for his production work on albums by Turnstile, Mannequin Pussy, Circa Survive, Tigers Jaw, and so many others.

Comprised of Kumar, guitarist Paul Vallejo, and drummer Myron Houngbedji, Pinkshift formed back in 2018 while they were students at Johns Hopkins. As the group started taking off in the scene, they scuttled post grad plans for medical school and chemical engineering, eschewing the doctor and/or scientist life in favor of touring with bands like PUP and Mannequin Pussy. Their songs not only rip, but they also parse the depths of the human condition, showing empowerment and defiance in the face of prejudice and oppression. They express what it’s like to be a POC band in a predominantly white music scene, and have emerged as powerful storytellers and role models.

Based on what we’ve heard so far, Love Me Forever aims to bottle that spirit and unleash the band’s full fury and force.

“I feel like the biggest thing of us existing in this scene is just for more people of color being able to see us – and if they had doubts about going into music or like occupying this kind of space because of what the scene is like, they’ll be like, ‘Oh, wait…’ We’ve had people of color come up to us after we played saying ‘You make me want to start my own band’ or ‘You made me feel more comfortable being there without being scrutinized.’ And I think that counts for something,” Houngbedgi shared.

“We were concerned this wouldn’t feel like an actual album,” said Kumar. “But because we all worked on it together throughout this period of time, it feels really cohesive. It defines an era of our lives.”

You can pre-order Pinkshift’s Love Me Forever HERE, and check out the lyric video for “i’m not crying, you’re crying” and the album tracklist below: