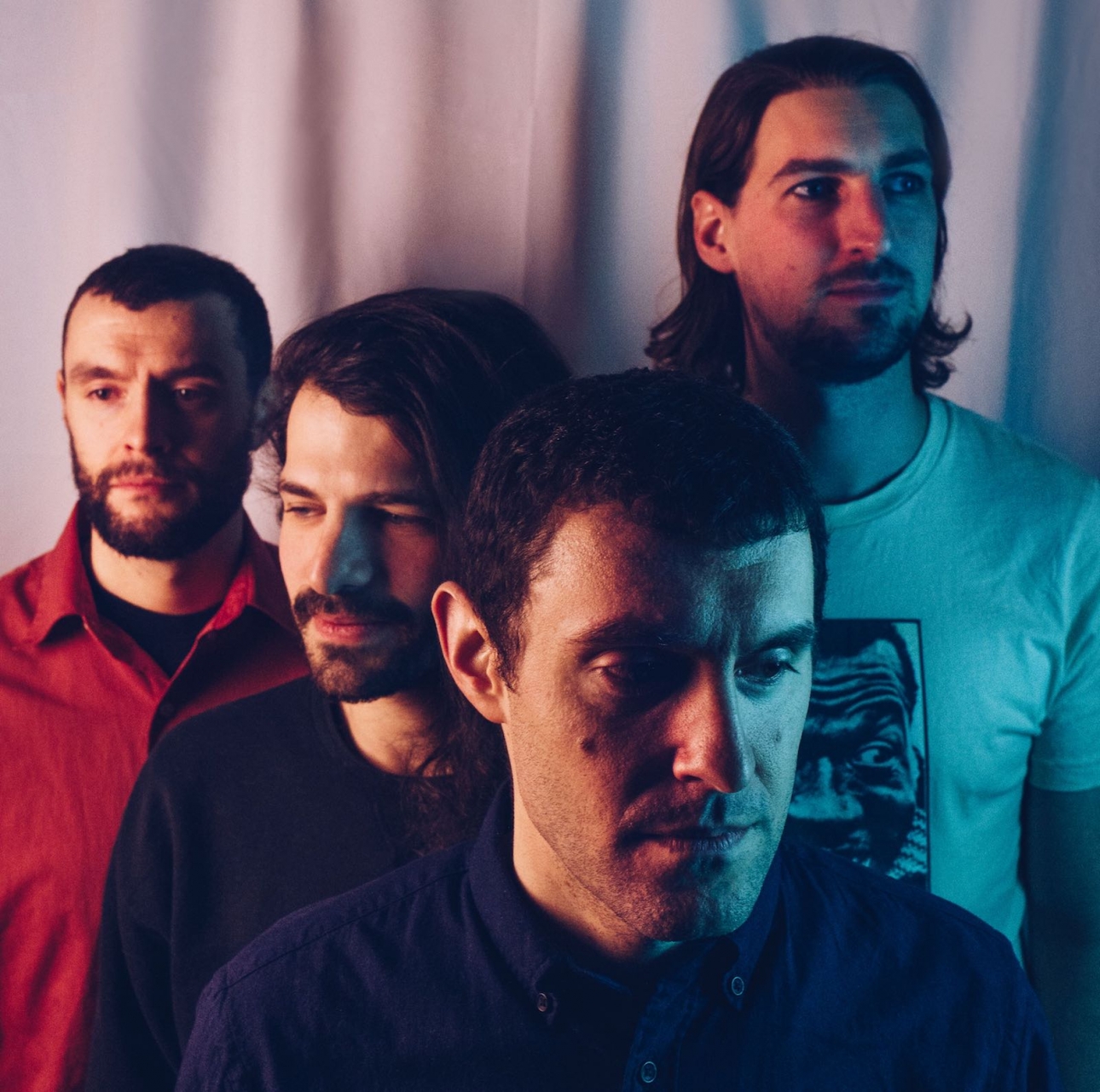 Comprised of twin brothers Jon Coyle (vocals, synths) and Chris Coyle (bass), Joel Gleiser, (vocals, electronics) and Matt Scarano (percussion), synth-drenched Philadelphia rock band Son Step craft a heady blend of psychedelic melodies and anthemic indie-pop songwriting. Their twisted electronic layers and propulsive, off-kilter percussion give their songs a careening sonic quality, or as the band puts it, a sound “resembling a game of Jenga on the brink of collapse.” They also bring poignant, heartfelt moods to the table, buoyed with honest lyricism and beautiful vocal harmonies. Their third full-length album Fossilillies arrives this Friday via Grind Select, and it’s their most refined and fully-realized effort to date.

Right out the gate, the pulsating title track launches the album into its uptempo orbit with rhythmic synth stabs and addictive, rattling basslines. From there we move to the pensive “Jake’s Dream” – a “death dream” from the perspective of a dog, to the bouncey, swelling sweetness of “Sesame Boyz.” Oscillating from playful psych-pop jams (“Pluto Chakras”) to sincere, sweeping ballads (“Cycle River”), the energy on Fossilillies never lets up as it explores eclectic, diverse indie-rock soundscapes.

According to the band, “Fossilillies is definitely the most cohesive and creative release we’ve ever put together. Everybody in the band had a say in the vision and arrangement of these songs, and I think we really left room for each other to reach for some special sounds, in our own respective ways.” Overall, it’s another triumph for Son Step. Today, Impose Magazine is proud to host the album’s exclusive premiere ahead of its official Friday release. You can pre-order it HERE, and listen to it below via Soundcloud. Also, check out Son Step’s upcoming tour dates below.