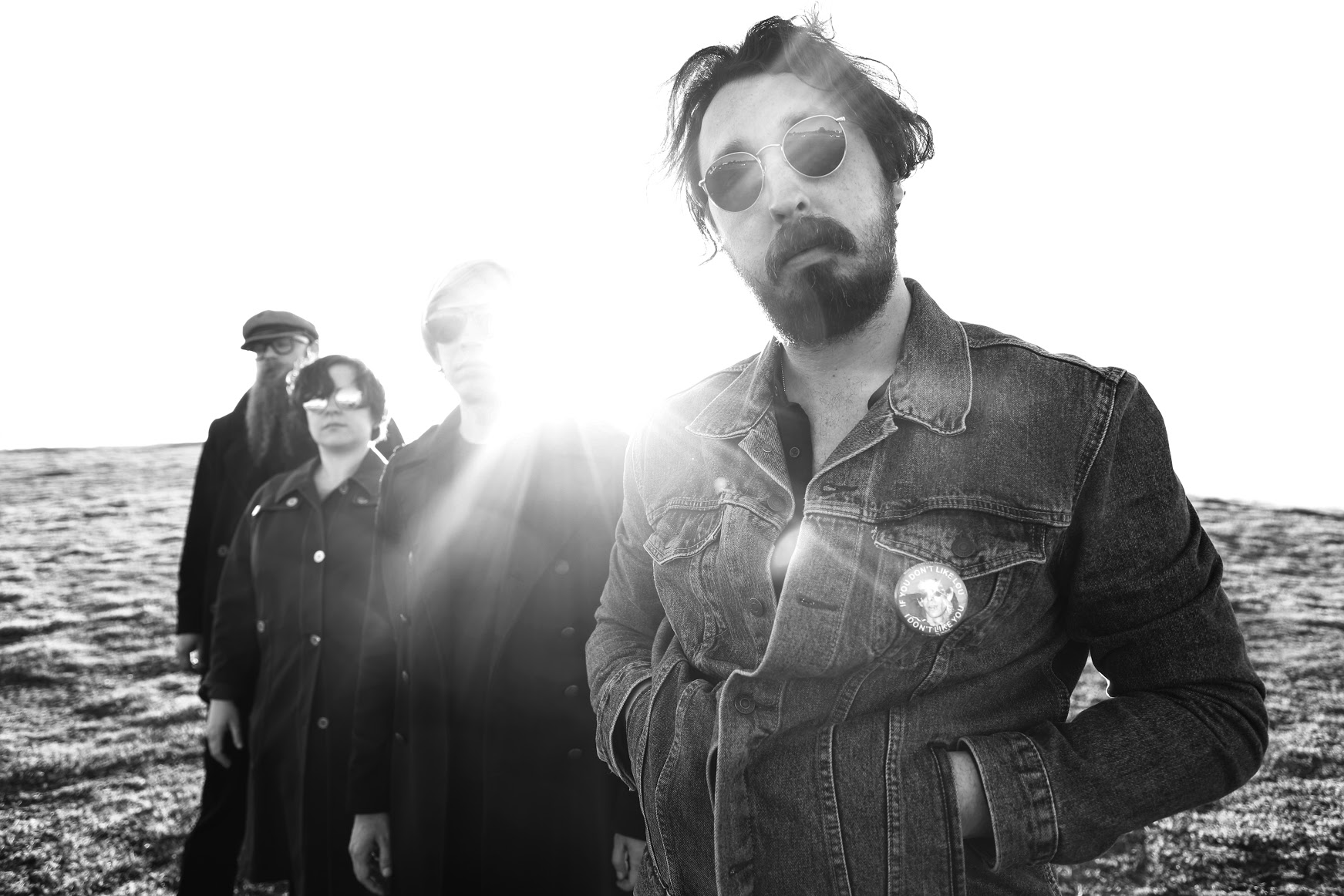 Taken By Canadians is a southern California band that conjures old school classic rock vibes with heavy traces of psychedelia and folk-rock. Consisting of members Ben Ambrosini, Anna Zinova, Marco Savoia, and Tim Sams, Taken By Canadians have churned out three albums since forming in 2012, including last year’s excellent self-titled LP. Today the group has shared the video for a brand new song called “Magdalene,” which will be released digitally as well as on 7″ vinyl on June 8 via San Diego label Blind Owl.

The video for “Magdalene” was shot out in Joshua Tree by director Blake Dean of San Diego bands Schizophonics and Mrs. Henry. It features Ambrosini apparently digging up a grave belonging to a “Magdalene,” only to reveal that she’s actually a guitar. Upon reaching the coffin, he pulls out the guitar, and proceeds on a spiritual musical journey in which the band jams out the song in front of monolithic religious statues in the desert night. It’s a groovy, rootsy, wandering rock n’ roll track with beautiful noodling guitars and expansive, atmospheric soundscapes. Overall, “Magdalene” is equal parts blissful and hypnotic, and the perfect track to reel in those vibrant summer nights. It was recorded with engineer Eric Bauer (Oh Sees, Ty Segall) at Bauer Mansion in San Francisco, and mixed by Mike Butler of Lost Ark Studio in Pacific Beach, CA.

According to the band, “we wanted to experiment with different tones such as 12-string acoustic and farfisa – instruments not normally in our live arsenal – in order to embrace the sonic spirit and psychedelia of San Francisco. In addition, I wanted to push those instruments to the front of the mix, creating a new musical landscape for the band and redefining what we’re capable of.” Today, Impose is proud to feature the video’s exclusive premiere. You can watch it below and pre-order the record HERE. Also, Taken by Canadians are set to perform a record release show with Shane Hall, Creature and the Woods, and Low Volts at The Casbah in San Diego on June 8. You can grab tickets for that show HERE.