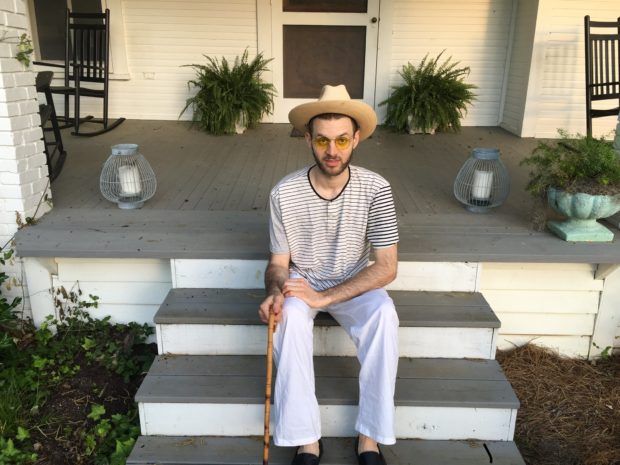 Sometimes you hit play on something, realize how fully formed it is and go, “how have I never heard of this artist?” ZAALWE, the project of multi-intstrumentalist Zane Allen West, certainly ticks that particular box.

Having played with a litany of bands (Tiny Gun, Joanna Teters, Citris, Jak Lizard, Mid Atlantic Title) in a breadth of styles, West is now furthering his own vision in the form of the My Idles EP. Impose is happy to be bringing you the premiere of its lead single, “Lakeside,” today.

Despite its sub-2 minute run-time, West wastes little time in evoking a warm sense of nostalgia. The pattering of lo-fi drums, the twinkling of keys like the Sun refracting on calm, undulating waves and West’s inviting vocals make “Lakeside” a transportive experience you won’t want to exit.

“‘Lakeside’ is an ode to a breakup that coincidentally happened the day of the solar eclipse in August of 2017,” ZAALWE shares. “The whole sunny and groovy 70’s sounding timbre was definitely inspired by songwriter Laura Nyro, who I got particularly into when I had recently learned that she lived on the same road I grew up on.”

Listen to ZAALWE’s “Lakeside” below and look for My Idles out August 27th.