Shannon and the Clams, “Gremlins Crawl” 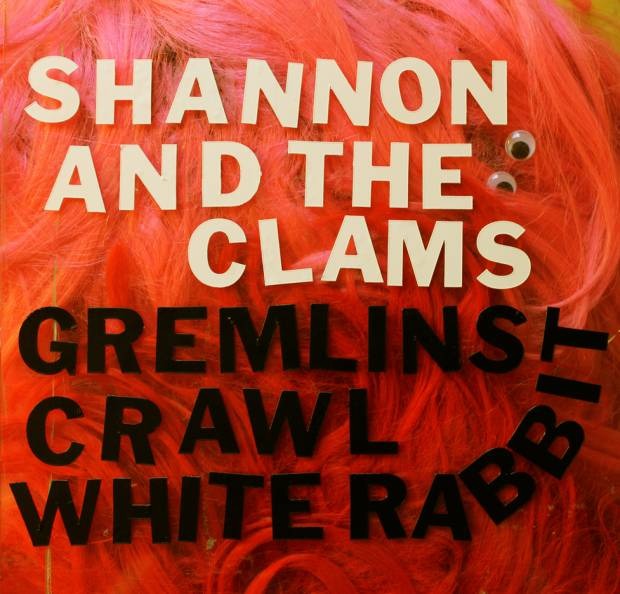 “Gremlins crawling through your bed out of dreams.” The timeless tale of things that go bump in the night get a classic ballad ode fit for a 1950s prom. Unlike the movie franchise where the little monsters favored modern day commodes, Mr. Blanchard takes the lead and explores the sleepy unconscious of fetching a pail of water from a well spring where she finds the gremlin creatures spawning and sharing secrets. Whle the vox guitar plays, the awake world imparts wisdoms of logic and reason leaving Shannon and the gang left with only the option to cover the well with a stone to keep the rascalian creatures from returning.

This single also includes a b-side cover of “White Rabbit” by fellow SF forebearers Jefferson Airplane with Shannon taking on Grace Slick vocal duties. This single is part of a Shanon and the Clams single series through Oakland's 1-2-3-4-Go! Records and Italy's Surfin' Ki that are also releasing “Ozma” b/w “Angel Baby” 7″ and “Ozma” b/w “Muppet Babies” 7″. 1-2-3-4-Go! is also responsible for releasing the group's excellent Sleep Talk LP last year along with a smattering of singles. So don your corsage and button up your boutonniere and ask out that special someone to the dance to “Gremlins Crawl” now.

Shannon and the Clams' new 7″ Gremlins Crawl is slated for release August 17 on Volar Records with pre-order available here. Catch them on their West Coast tour on the following dates through September.