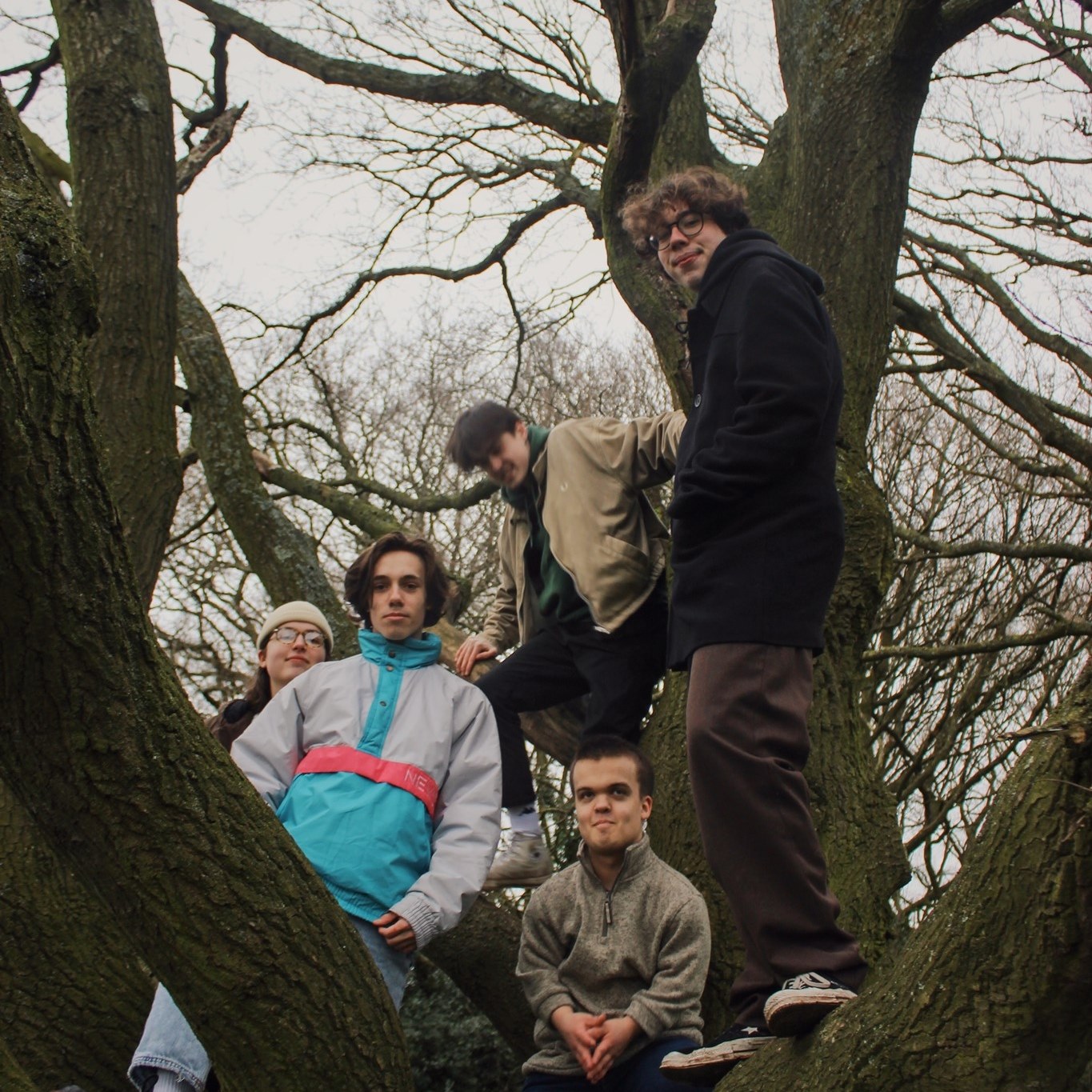 The era of weirdo post-punk experimentation is back! Like the old-school freaksters of the past – Television, Pere Ubu, The Fall – bands like Black Midi, Porridge Radio and Tropical Fuck Storm are reinventing the traditional norms of dark, goth-infused garage and new wave. Elements of psychedelia, kraut, jazz, industrial, and math-rock now regularly filter into the sounds of the current wave of post-punk acts.

Coventry-based upstarts Souki are naturally taking that evolution to the next slithery level. Their debut single “Miura” – which was conceived during a two-month flurry of songwriting even after they’d already booked their first live gig – takes on a chameleonic, shapeshifting sonic approach. Riveting, rumbling garage-punk riffs and squiggly synths power the track at a blistering pace right out of the gate. That’s until the song stops on a dime, reverting down a quirky detour featuring a towering bevy of dissonant, snake-charmer-like sax notes and a bewitching spoken word section, which apparently recalls the story of Miles Davis crashing his Lambourgini Miura in 1972.

Meanwhile, according to the band, the track’s first half takes inspiration from a documentary on “preppers,” or survivalists who prepare for the impending apocalypse. Thus, the track is cold calculated chaos through and through; a frenetic and relatable musical tapestry for our unique moment in time, and a sign of big things to come for Souki. “Miura” is out now via Permanent Creeps Records. Give it a spin below.