Stream Throw Vision’s Were It Will 7-inch 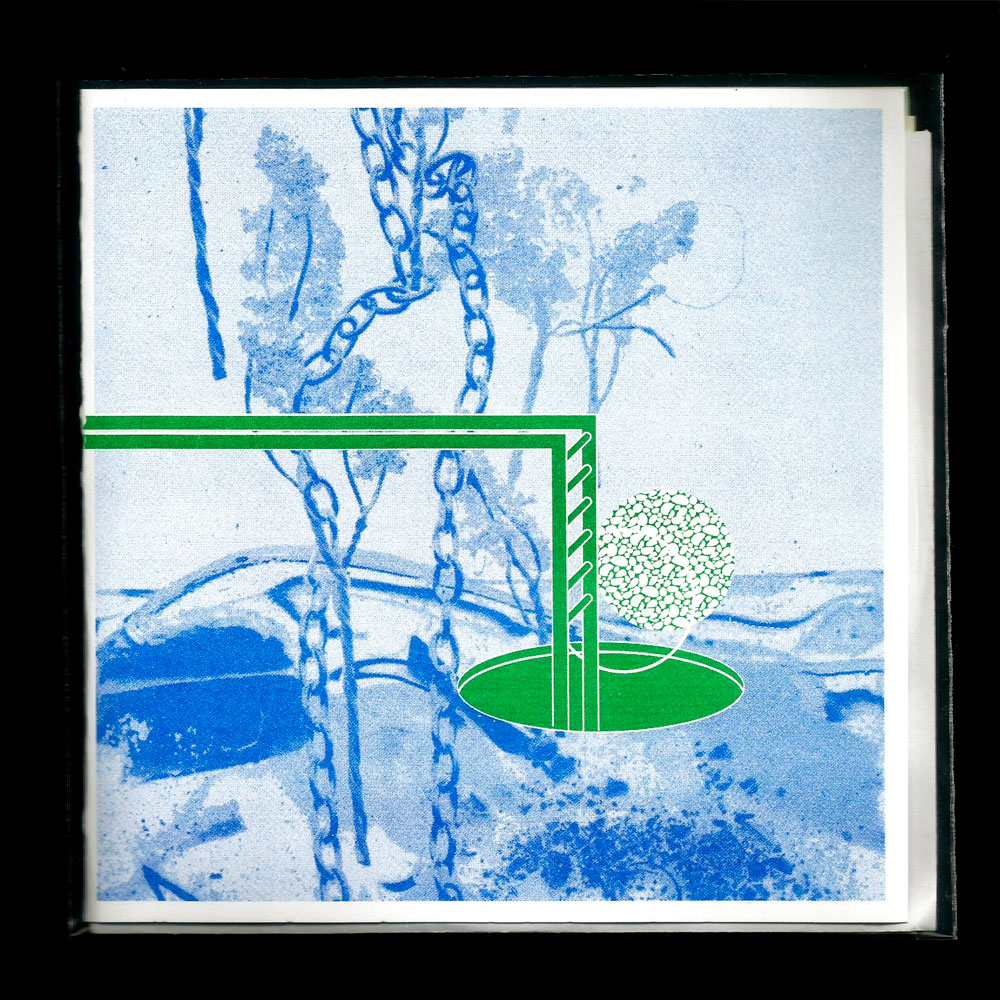 Throw Vision make big music. They’re only four people, but with each person bringing a multitude of instruments and ideas to the project, Throw Vision’s music ends up dense and intricately arranged, sometimes crashing in with so much wall-of-sound force that it feels like a warm soul-inspired take on shoegaze. Invoking elements of funk, jazz, and rock, with strong melodies and satisfying drums, Throw Vision’s sound is full and immersive while still light and free flowing. At times the songs can sound alternately like a cross between TV on the Radio and Hundred Waters, but the vibe is distinctly their own. Besides their musical commitments, members of the band are involved with a multitude of other projects, with member Taja Cheek having worked in theater and dance and taking over curation for Nola, Darling this summer. You can stream the Were It Will 7-inch below and get to know the band via the Q+A after the embed.

How did you Throw Vision originally come together? How did you evolve as a band?

Taja and Tiff met back in high school in Brooklyn and very early on started writing music together. Years, and various musical projects later, they compiled a series of songs and were looking to start a new band. Through a series of connections, they met Alex, a drummer, and fell in love with his style and musicality. Back then, we performed as a trio and recorded our first album as such. Guitarist/bassist/vocalist Dan entered the picture soon after Tiff and Taja met Alex, and his vibe and playing fit like a glove. Dan and Alex were musical buddies in college so the transition from trio to quartet was very natural. And, over time, we’ve gotten even more comfortable working with each other as a quartet. We went back to our old songs and revamped them for our live set; we also began to use visual components to make our live show more cohesive (we’re still experimenting with visuals). We’ve evolved in the sense that we have a better sense of ourselves as a band and we’ve gone through a lot of growing pains to work on material democratically– we’re still figuring that out, but our newer material feels a little different because we’ve used new instruments and sounds.

What’s your songwriting process like? Do you write your songs collaboratively, do they evolve out of deep jams, is there a main songwriter driving the process?

Our songwriting process seems to be a reflection of our diverse musical backgrounds and general approaches to music making. Alex and Dan, for example, met through playing jazz (as well as many other things) in college, so there was a certain expectation and comfort in improvisation and “jamming.” Taja and Tiff’s collaboration began way back– harmonizing in the halls of their high school, writing music, and finding time to experiment.

The first phase of Throw Vision’s songwriting process, as heard on the first album, was a product of Taja and Tiff’s demos and Alex’s interpretation of those demos through his drum and arrangement contributions. Since then, we have tried a mixture of a few different approaches. We’ve interpreted demo recordings from each of the members of the band; we’ve gone to our respective corners to write instrumental or vocal parts, combining them later in rehearsal; we’ve written music as duos (bass & drums, lead and background vocals, lead and rhythm guitars, guitar and keys, etc); and, every once in a while – we’ve lost ourselves ourselves in a moment of a deep jam (ha!). We use all of these approaches at different times to make sure everyone feels convinced, and this ends up, undoubtedly, requiring a lot of communication, patience, and time.

The songs on the EP, “Hello Morning” and “Shake the Hand,” were a mixture of all of these processes. Both songs originated from some old ideas Taja and Tiff still had floating around, and they became more refined through some “sectional” work, light jamming (as opposed to deep jamming), and workshopping at live shows over the last two years. The project of producing these songs definitely changed the way that we play them live.

What are some of the visions behind Throw Vision?

We are four people with different backgrounds, and we are a democratically run band. As such, we try to combine our collective instincts, in terms of what we think sounds good. When we work on songs, we try to avoid pigeonholing ourselves into the mold of any one particular influence. We definitely see elements of rock, soul & other genres as part of our sound, but we do not see – and intentionally do not want – to live fully in any of those worlds. This process is the glue that’s kept us “Throw Vision” over the past few years, though we’re developing new methods for striking these balances.

What was the most satisfying part of making this EP?

Making this EP was particularly enjoyable in that we gave ourselves a bit more time to work on it than our debut album, In I – we experimented more and found ourselves in some new sound-spaces that influenced how we play these songs live. We took a lot of the production into our own hands, while collaborating with many people – we worked with several different engineers at different studios (including Rubber Tracks in Williamsburg), and recorded some of the vocal parts and percussion ourselves at home, which was a good learning experience. All along the way we worked with our friend & producer Andrew Lappin, who is always inspiring, and serves as a much-needed voice of reason in the recording process.

Also, printing the EP on vinyl – a physical thing – is truly satisfying (for materialistic reasons)!

Who are some kindred spirits you’ve been working and collaborating with, in and outside of music?

Most recently, we worked with the brilliant Justin Sloane to design the cover and sleeve of Were it Will. In general, we really enjoy thinking extra-musically, especially as we continue to develop our live show. Because our music can be moody and intense, we find that visual cues can help guide the audience through the music and the performance space. We’ve worked with our friend Salome Asega on visual interfaces for our live shows that measure the movement of the audience and interpret that movement through color and light on stage. We’re really excited to be working with her on projections for our vinyl release show at Nola Darling on April 24th.

It hasn’t yet been released, but we’ve also collaborated with our friend Anto Colodro on a music video for “Hello Morning (Sunrise)”. In a way, it’s minimalist, in the sense that the process of making the video is revealed through the visuals themselves. We met sporadically over a period of months, collecting video footage as we hung out with each other and got inspired by our surroundings: the beach, the park, our rooms, the bus. Because the images are abstracted, you can’t always discern exactly what was captured on camera, but you can definitely get a sense of the mood, and the spirits of the folks in front of and behind the camera.

Outside of Throw Vision’s recordings and live performances, we’ve collaborated with our friend Diane Exavier, a playwright who is currently a graduate student at Brown University, on a couple of semi-theatrical works that we performed at Bowery Poetry Club. We don’t exactly know how we met. We joke that she’s a bit like a mysterious deity. She basically is. Every time we work on a project together, she is somehow able to tap into some very deep, very intimate part of our personal lives, or our relationships with each other as bandmates and friends. She doesn’t even know that she’s doing it at the time, but she is able to instinctively ask the important questions or bring up the important issues that we’re mulling over at the time. It’s pretty remarkable. She’s definitely mildly psychic.

You have a ton of active projects outside of Throw Vision as well — can you all talk a little about what you’re working on with Nola Darling?

Taja is going to be curating shows and events at Nola, Darling this summer while one of the core organizers, our friend Win Scarlett, is on tour with his Afrofuturist sound/art project, Spacesuits. Nola’s a pretty special place. It’s named after the character from She’s Gotta Have it, but also named in honor of the incredible Osa Atoe, a musician and punk zine maker who lives in New Orleans. The vibe at Nola is always fun and chill (what Win would probably call slack) and the space itself is peaceful and beautiful: it doubles as a yoga studio during the day. The word “DIY” often has certain connotations of exclusivity and grunginess, but Nola subverts those expectations.

This Friday, April 24th, we’re really excited to host our vinyl release show at Nola, Darling. We’re especially looking forward to seeing Oracle Room, who will also be joining us on the bill.