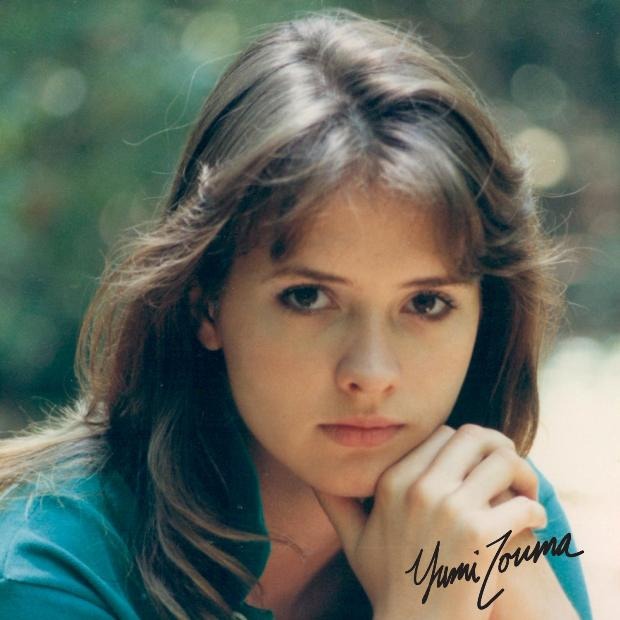 With members in Greenpoint, Brooklyn and Paris, Yumi Zouma noted previously in an interview for Week In Pop that often their dream-pop music is made half-awake due to the demos that arrive via email across conflicting time zones.

The track by track breakdown below notes that Yumi Zouma struck gold with its first completed collaboration “A Long Walk Home For Parted Lovers”. The disco-lite of the opening track is met with a pinging vocal bridge over a staticky voicemail that intensifies the absence of reciprocity in the lyrics, a grey area that is stretched to further anguish by Jack Tatum in his Wild Nothing remix (streaming below). The three members once lived together in Christchurch, New Zealand, but the seperation did not hinder their friendship in songwriting. The trio sent drafts via email, letting the lingering connection of a shared house lost in the 2011 New Zealand earthquake be the guiding light to the EP's first single “The Brae”. Closer, “Riquelme” beckons for more responsibility in a fluctuating relationship, but the textures come from a far darker place than on “A Walk Home For Parted Lovers”. With strength in brevity, the four-song EP presents Yumi Zouma as having great command over the dream pop genre, but as noted in a previous interview, they still feel the sound has exploration ahead that will manifest in the full length later this year.

Charlie: This was the first song that we ever wrote together. It was a pleasure to create, but we never thought we would do anything with it. We finished it at about 1am in New Zealand, and after Kim had fallen asleep, I stayed up and sent a copy of it to Jeff at Cascine. Josh didn't know that I would show the track to anyone else, so it was a bit of a surprise for him the next day when I told him that one of our most-loved labels were interested in working with us.

Kim: Charlie took a risk and sent this song through to a few people at his favourite music labels and blogs, and it happened to pay off. So to me this song might be about giving things a shot regardless of how impossible they seem, whether in music, love or life.

Josh: This was the first thing I wrote in a room I had in this huge old factory in Greenpoint. It was the middle of winter and quite lonely as the main occupants were artists and graphic designers who left by 7pm. It all sort of fell into place. The diminished chord in the post chorus was due to my chubby fingers and a few too many glasses of sav. I sent the session to Charlie and woke up to it finished. I remember sort of laughing at how insane the hooks were. I also thought it was Charlie singing pitch shifted at first!

Sålka Gets Her Hopes Up

C: This track started off with the refrain “I'll always give it to you honest, I'll always try to solve your every problem”.

J: I started this in a far different manner to how it ended up. I was more chill and kind of boring. Charlie and Kim made it way more sassy. I melted when I heard the line “I'll always give it to you honest, I'll always try to solve your every problem”. I love the sentiment of having someone who is honest in that raw way that comes from a place of true love for someone.

K: As the name suggests, this song is about a young Danish girl crushing on a boy.

C: “The Brae” is where the place where we spent most of our time together before moving to separate parts of the world. It's my street, where I grew up. The street and most of the surrounding area was destroyed in the earthquake of February 2011.

K: For me, “The Brae” is about no matter what life throws at you, your attitude, and response can influence your own destiny… this is reflected in the line: “Go read it in tea leaves, lady splattered on a pressed shirt….” Literary, if a cup of tea is poured all over you, you can complain about it ruining your shirt or lick it off.

J: “The Brae” was really a base for us all. It was an amazing house which I miss dearly. The song, was started in not such a nice setting. A big old loft in Bushwick. I wrote some of the lyrics which I was kind of channeling the desire to get out of my own head and check myself.

C: “Riquelme” started off as a stripped back piano track with Kim's vocals recorded on top from a phone voice recording. The rest of the track came together piece by piece as we sent ideas back and forth over email.

K: “Riquelme” is a song that, I think, illustrates the complexities and fluidity of human relationships—just because they evolve doesn't mean we have to fear the changes. I like to think the song challenges social definitions surrounding relationships.

J: This is a Charlie monster! I love the side chaining and how it all melts together.

C: Usually when Josh isn't angry about it anymore.

K: The best thing about emailing files back and forward is that we all take turns at hearing the track from a fresh perspective. We are really good at critiquing each other's work, (and we are all slowly getting better at taking them!) when we are all happy it usually means the song is close to being finished. Then we send it to our friends at Cascine. Some songs don't make it past these preliminary stages.

Yumi Zouma's EP is out February 11 on Cascine.