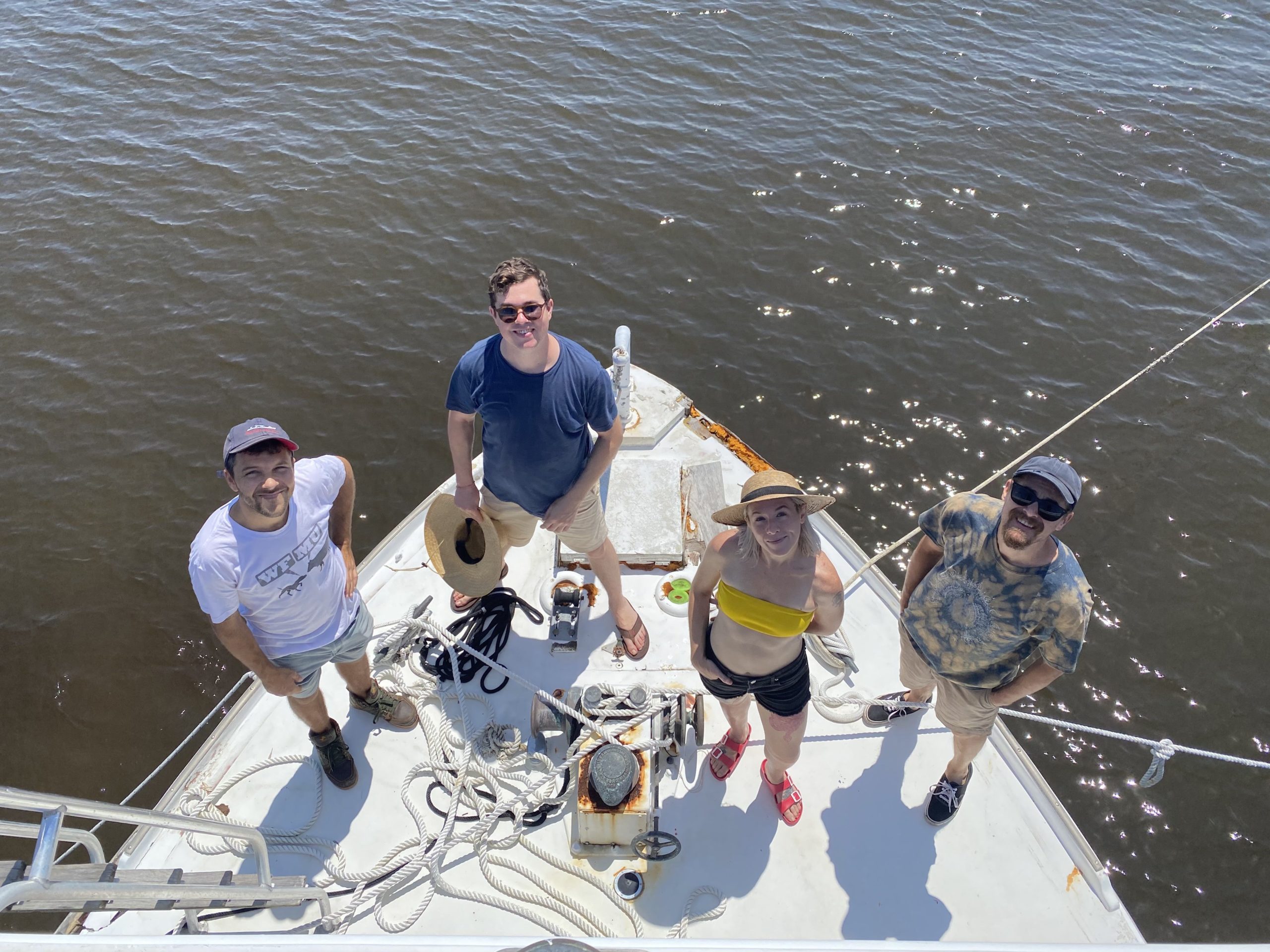 Surfer Blood, one of the great lo-fi-tinged indie rock bands of the past decade, are gearing up to release their fifth LP Carefree Theatre. That arrives on September 25 via Kanine Records, and so far the John Paul Pitts-fronted group has teased us with the singles “Parkland (Into the Silence)” and “Karen.” Today they’re back with the latest taste of the album, a video for their breezy new single “Summer Trope.”

The track ebbs and flows with lush reverb-soaked melodies and soaring choruses, another textbook Surfer Blood surf anthem. While the song recounts an Alcatraz prison escape gone wrong, its wondrous music video was crafted with rippling, sun-kissed visual aplomb by director David Hamzik. It follows Pitts as a castaway – dressed in a shaggy wig and beard – stranded and wandering a tropical coastline before being rescued and returned to land to finish up a live gig. It’s a weirdly giddy clip that’s got some pretty neat underwater camerawork on display.

Carefree Theatre is the first album Surfer Blood recorded since Pitts moved back to South Florida, and it takes its name from the now-shuttered West Palm Beach DIY venue where he initially cut his teeth as a performer. According to Pitts, the record “is about coming full circle.”

“We’ve had our ups and downs as a band, plenty of changes through the years, but here we are back where we started. After a decade of touring and putting out records, we’re back with our first label just in time for the ten year anniversary of Astro Coast. For all the pushing ahead and not looking back, the past has caught up with us. I don’t mean that in a haunting way, but in the familiar way that warms you from the inside.”

Speaking of Astro Coast, that classic debut LP is getting a special 10th anniversary double vinyl reissue – dropping on August 29 via Kanine. You’ll soon be able to pre-order that one HERE. Also, Surfer Blood will be live-streaming a full-band performance from Ballet Florida’s Indian River Gardens this Saturday on Noonchorus (you can purchase tickets and access that HERE).

And finally, be sure to pre-order Carefree Theatre HERE and check out the video for “Summer Trope” below.