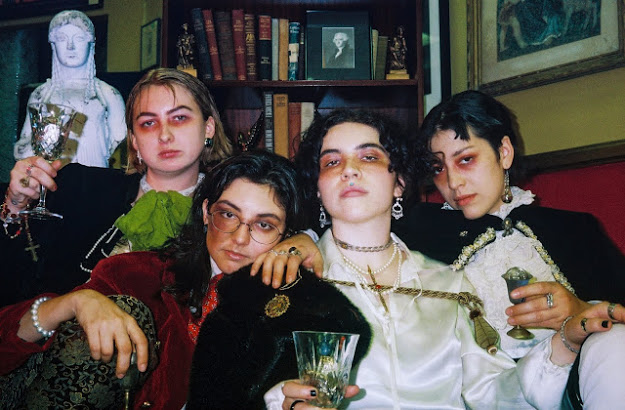 Los Angeles indie garage rock band Girl Friday have been leveling up the last couple years on the strength of a handful of excellent singles. Now they’re finally inching closer to their breakthrough moment with the release of their forthcoming debut LP Androgynous Mary, out August 21 via Hardly Art. And they’ve now shared the latest taste of that record, the video for their new simmering reverb-tinged single “This is Not The Indie Rock I Signed Up For.”

Calmly blending dreamy lo-fi melodies and wondrous piano notes, the track snowballs progressively before reaching an emphatic, propulsive garage-punk crescendo that soon collapses into cathartic cacophony. Meanwhile, the song’s self-directed music video plays like a DIY collage featuring footage of the band touring, hanging out in their Echo Park neighborhood and engaging in some friendly bandmate shenanigans. It’s the perfect visual component for the jangly, languid and poignant track.

You can pre-order Girl Friday’s Androgynous Mary HERE and watch the video for “This is Not The Indie Rock I Signed Up For” below.