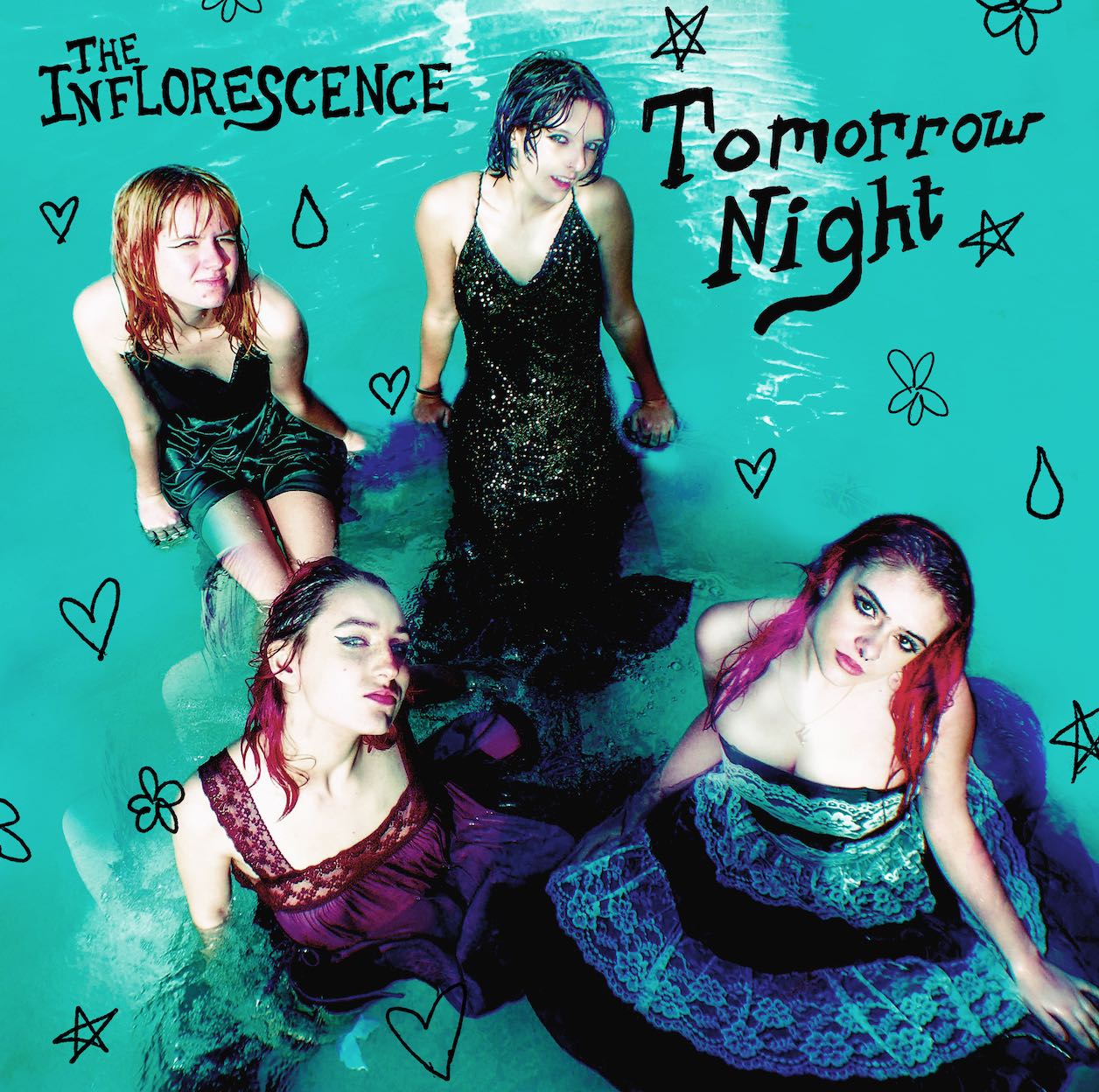 The Inflorescence is one of the best groups in the latest wave of young acts holding down San Diego’s potent DIY scene. Earlier this year, the band – comprised of singer/guitarist Tuesday Denekas, drummer Milla Merlini, bassist Sasha A’Hearn, and guitarist/singer Charlee Berlin – debuted the fiery single “Are You Sorry” off their forthcoming debut LP Remember What I Look Like. Today, The Inflorescence follows that up with their searing, poignant new single “Tomorrow Night” and its accompanying music video.

While “Are You Sorry” was a more blistering and uptempo track, “Tomorrow Night” is full of melancholic tones and crushing heartbreak vibes. Sparse guitar riffs coalesce along with throttling basslines, while Denekas’ voice initially opens with a soft croon before bellowing at full power during the song’s emotionally sweeping chorus. “…Just try your hardest and stare right at me/ And break my heart like you have already,” she sings over huge power chords and a nifty guitar solo, which launch the track to stratospheric emotional and sonic heights.

The Inflorescence’s Remember What I Look Like arrives this summer via Kill Rock Stars. In the meantime, you can check out the video for “Tomorrow Night,” directed by Department, below: