Top 20 reasons you shouldn't be allowed to review records 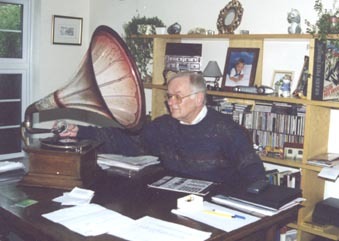 “Because you're deaf” just missed the cut.

Last night, Vol. 1 Brooklyn celebrated their first anniversary with a series of readings by about 30 very respectable literary types. The theme was “the greatest 3-minute record reviews of all time” and I was not invited. Jeremy was however, but had to cancel. I was Jeremy's last minute replacement. As in, I was asked the day before if I would do it. To make matters worse, I was asked to go first.

So in honor of all the respectable schmucks who read actual reviews, and in the ultimate SEO cop-out, I decided to go with a countdown list. I present to you the top 20 reasons you should not be allowed to review records.

You should not be allowed to review records if…

20 You think chillwave is a genre.

19 You don't think chillwave is a genre, but you think emo is.

18 You are addicted to Codeine and sleeping pills. (I wasn't sure if this should be you ARE, or you AREN'T. Judging by the crowd reaction, I made the wrong choice)

17 You once wrote for a Canadian hip-hop magazine.

16 You don't own a record player, but you've got this sweet-ass double cassette player.

15 You once compared the words of KRS One to the writing of Langston Hughes in a college thesis.

14 You think Radiohead is the pinnacle of music.

13 You think Radiohead wrote “Creep”. (They actually pay royalties to The Hollies for the music in that song. Feel free to drop that knowledge in your next record review).

12 You think it's hilarious that Justin Bieber looks like a lesbian, but you're not actually friends with any lesbians.

11 You can't talk about a record without giving it a grade, preferably one with decimals.

10 You remember when Kings of Leon were “real, man.”

09 You only know Ike Turner as the guy who beat up Tina.

05 You grew up in Chicago and were not in a ska band.

04 You think the soundtrack to 500 Days of Summer made the movie watchable.

02 You're known to use phrases like, “I remember when Passion Pit was good.” (I don't care if you like that one song he wrote to his girlfriend, they still suck.)

01 You own anything with the Tasmanian Devil on it (tattoos, especially).