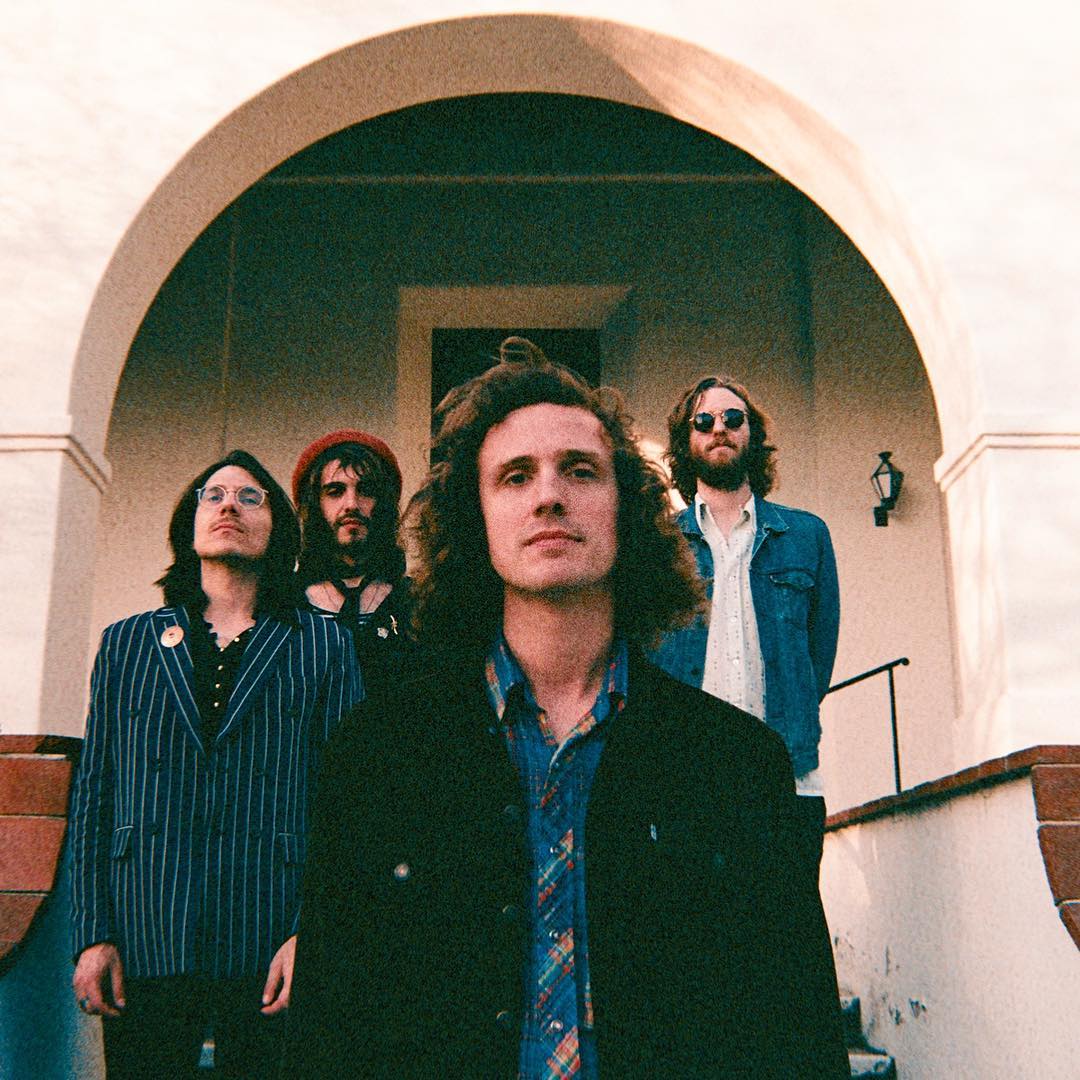 Triptides are one of the most interesting bands in the modern psych scene at the moment. Since forming in 2010, they’ve released several excellent records of chilled-out, hypnotic, beachy psych-rock with a nostalgic kick, including 2013’s Predictions, 2015’s Azur, and last year’s Visitors, among others. And earlier this week, the Los Angeles four-piece fronted by singer-guitarist Glenn Brigman dropped a rollicking, groovy new single and video called “Nirvana Now” via newly-minted Hypnotic Bridge Records.

With boisterous rhythms, pulsating percussion, and effervescent rock n’ roll production, “Nirvana Now” is a shimmering blast of vintage psych soundscapes and anthemic choruses. Brigman croons in his sweet, understated voice with a feeling of fearlessness and adventure – a call to arms amidst a need to mentally transcend. “Leave your body behind/ No one else can know what goes on in your mind/ Such a beautiful scene/ Love is all around but you know what it means,” he belts, full of an unbridled sense of discovery and all-encompassing love.

Meanwhile, the music video for “Nirvana Now” is a classic Triptides visual trip. Shot in beautifully grainy 8mm by Renata Polli and directed by Fred Joseph, the video follows the band on tour in all sorts of interesting locales: lush deserted beaches, cramped tour vans, the streets of Europe, and quirky small-towns, all intercut with footage of the band performing the song. It’s a wondrous and hazily colorful clip, and a perfect visual representation of the track. Triptides are currently on tour in Europe, and they’ll soon be teaming up with Greenway Records for the release of a brand new album later this fall. When more info on that record is announced, we’ll be sure to bring you full coverage. In the meantime, watch the awesome video for “Nirvana Now” below.