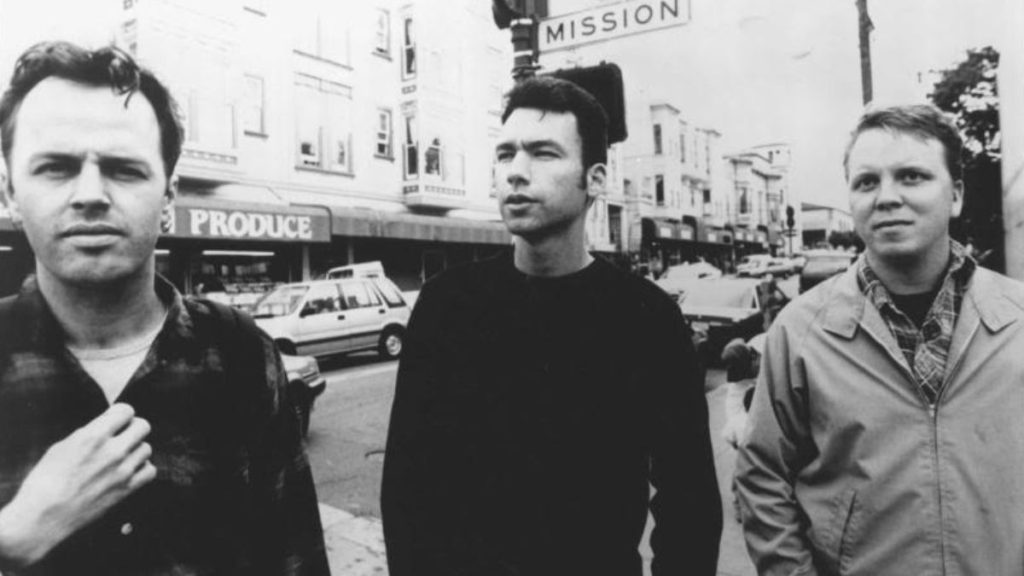 While many associate emo with the dyed-black hair, Victory Records days of the late ’90s and early aughts, its roots in melodic hardcore stem back a bit further to bands like Sunny Day Real Estate, Shelter, and the Bay Area trio Jawbreaker. For a decade, Blake Schwarzenbach, Chris Bauermeister, and Adam Pfahler created punk music that didn’t have to rely on screaming to relate their intensity, while also refraining from the overwrought pop that filled most California punk in the early ’90s. But in 1996 the band called it quits, and though side projects popped up occasionally, they have never reformed.

The speculation of a Jawbreaker reunion is one that enters the void every now and then—so much so that a band has been named Jawbreaker Reunion—though there has never been much concrete evidence to suggest it might actually happen. But with a new documentary on the horizon, and the 30th anniversary of their inception (and 20th of their breakup), those rumors finally have some legs to stand on.

According to Pfahler, the band was “really close” to reuniting in 2014 or 2015 for a headlining slot at an unnamed festival. “There was a bigger band they were waiting on an answer to headline one of those festivals, and sure enough they did it, they took their slot, and it kind of relegated us to the following year, and then the timing wasn’t right the following year.”

Despite the wheels turning, a Jawbreaker reunion is far from a certainty. “It’s gotta be cool,” Pfahler said. “It’s gotta be just right. All the money in the world isn’t gonna make that happen. Everyone’s just gotta be right there with it.”

You can watch the full interview and Q&A session with Adam Pfahler below.