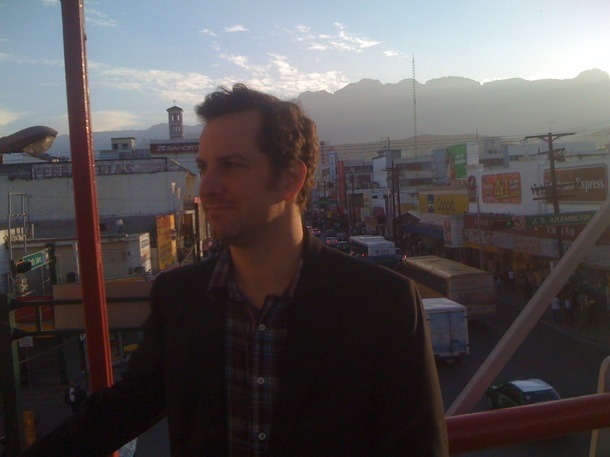 Last year, after throwing some of the most populated shows at South by Southwest, Todd Patrick took a trip to Monterrey, Mexico. This year, he's skipping out on Austin early and hoping to bring his crowds with him.

While the entire endeavor is still somewhat “hypothetical,” Todd Patrick and Fiona Campbell (of the band Coasting) have a team working on a three to four day festival to be held in a huge field a couple miles from Monterrey between March 19 and March 22. It's looking “much more real” every passing day.

The site, a drive-in movie theater with space for two stages and a “tent city” for people to camp in, is about three kilometers from downtown Monterrey, and sits beside modern apartment towers that peer out over the city's slums to one side, and the rising Sierra Madres on the other. When we spoke, Patrick was working out timetables for regular shuttle buses to run on both sides of the border.

“We spent one morning calling all the schools in south Texas to find buses,” he said, until they learned the cheapest way was through a larger service. And while the festival will cost $10 a day, they're hustling to raise funds in other ways.

Ricardo y Leila of El Garage are Patrick's business partners south of the border helping to win a grant from the Art Ministry of Mexico. The duo from Monterrey will also fill out around a third of the lineup by booking homegrown talent.

And if that grant fails to materialize, Patrick will seek a corporate underwriter, to present the festival “more in the model of public television,” where the presenter gets credit for funding, without the typical banners and on site advertising.

Who's playing? Patrick won't say, though 80 bands have supposedly confirmed. He claims Baltimore's annual Whartscape Festival as a curatorial model, in which headliners play second fiddle to eclectic lineups featuring, in his words, “all the best baby bands in America.”

While it's not a complete break, Patrick claims to be cleaning his hands of South by Southwest. “I think the festival kinda blows,” he says. “After all these years we've helped the value of the festival. We've given people justification for going to South by Southwest even if they hate it. I don't feel like helping SXSW look more cool.” He estimates that last year, his free shows on the east side of Austin attracted upwards of 2,500 people for Wavves, and 1,500 the following night for Health, and he worries that rumors that float around every year about being shutdown will finally come to fruition.

Yanquis daytripping through the south? Not what Patrick has in mind. “It's patronizing to say that sharing and coming together of subcultures is somehow Mexico being poisoned by Gringo modernity.” Instead, he's hoping to build ties and dispel clichéd misinformation. “Mexico isn't this wild wild west lawless place, especially the north. In addition to that we have these restrictive laws because we don't trust them to go home, so a lot of Mexican bands don't get to play around the states. From our side it's a transparent border.”

Until March, Patrick and crew will be hustling to make it happen. “There's this misconception that diy is people who don't know what they're doing. I want to prove that we can do something hard. The people with serious money behind then would try and have you believe that we don't have our shit together.”

“On top of that it's gonna be a really fucking good time.”